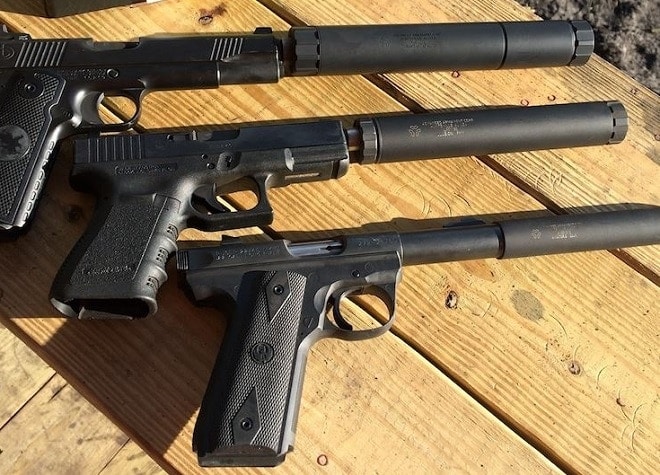 Under a proposal to be unveiled this week, suppressors would be treated the same as firearms under federal law. (Photo: AAC)

A House Republican is proposing legislation that would remove suppressors and silencers from National Firearms Act regs and treat them as regular firearms.

Since 1934, the federal government has treated devices designed to muffle or suppress the report of firearms as Title II devices that required registration under the National Firearms Registration and Transfer Record and mandated transfers that included a $200 tax stamp. Now, a bill sponsored by U.S. Rep. Matt Salmon, R-Ariz., aims to change that.

Under the terms of the Hearing Protection Act, introduced Thursday with 10 co-sponsors, gone would be the NFA requirements for the devices. Instead, federal law would treat them as firearms which would allow suppressors to transfer through any regular federal firearms license holders to anyone not prohibited from possessing them after the buyer passes an FBI instant background check.

Rather than the lengthy Form 4 process, which can take months, buyers would only have to complete the standard 4473 Form before taking possession.

While the bill is short in text, an important provision would allow for federal preemption of suppressor regulation over state laws, which would have the effect of keeping suppressors legal in states whose laws specifically mention that only those registered under the NFA are allowed.

Finally, the NFA tax paid on suppressor transfers after Oct. 22 would be refunded.

In the past several years, legal suppressor production has exploded. In 2014 the NFRTR listed 571,150 registered silencers while information released earlier this year showed 792,282– a growth of some 39 percent. The numbers of NFA-compliant suppressors currently listed nearly eclipse the total number of select-fire weapons, short-barreled rifles, and short-barreled shotguns, combined.

The Hearing Protection Act has the early support of the American Suppressor Association and National Rifle Association, who have helped craft the legislation.

“Since day one, the goal of our association has been to remove suppressors from the NFA,” ASA President Knox Williams told Guns.com. “The Hearing Protection Act is the culmination of our efforts to enact pro-suppressor reform on both the state and federal levels.

Williams conceded the push to get the measure through Congress may be uphill, but is worth the fight.

“While we don’t expect the HPA to pass overnight, we are confident that our continued educational and outreach initiatives will ultimately lead to the passage of this critical legislation,” he said. “Its enactment will result in safer and more enjoyable shooting and hunting experiences for generations of sportsmen and women to come.”

Michael Williams, General Counsel of the ASA told Guns.com the road to this week’s debut has been a long one.

“We spent months working with attorneys from the NRA and Rep. Salmon’s office to make sure our language achieved these goals, and the result is a concise, common-sense bill that we’re all very proud to support,” he said.