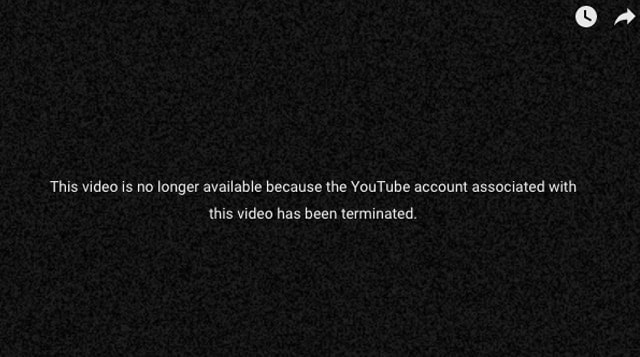 The firearm-related YouTube channel Hickok45 was shutdown for violations of Google’s policy and then restored for a second time this week.

The channel was restored Saturday morning after the show’s host, who goes by Greg Hickok, issued a statement about the situation.

“I was able to get into my Google PLUS account, which has been suspended and is apparently the source of the problem. I took about an hour and deleted every single post there and submitted another appeal. No way there can be a Google PLUS problem now; there’s nothing there,” Hickok said on social media.

Hours before the channel was terminated for a second time on Friday, he shared a video where he and his son, John, who helps operate the channel, discussed the process of restoring the channel and the likely mishaps that led to the conflict. They said they did not blame Google or YouTube, but the actual issues were still unclear and they reasoned that the cause was an automated system enforcing broad policies.

After the channel was first shutdown on Tuesday, Hickok said the violation was related to his Google+ account, which he didn’t know he had, and videos automatically being posted within a network. Google+ is a type of networking functionality attached to gmail and YouTube accounts.

Known for his folksy comments and jovial demeanor as he plinks in his backyard range, Hickok is one of the most popular firearm-related YouTubers. The channel, which shares videos that run 20- to 30-minutes long, has garnered more than 1.8 million subscribers and more than 468 million views.

After the show was suspended on Tuesday, fellow YouTubers and fans launched the hashtag campaign #FreeHickok45 on social media and some even sent comments to YouTube expressing outrage over the termination.

The exact policies Google said Hickok violated are unclear as details are not made public and are only accessible to the account holder. However, advertising on YouTube is coordinated by Google AdSense, which has guidelines separate from YouTube’s policy for termination.