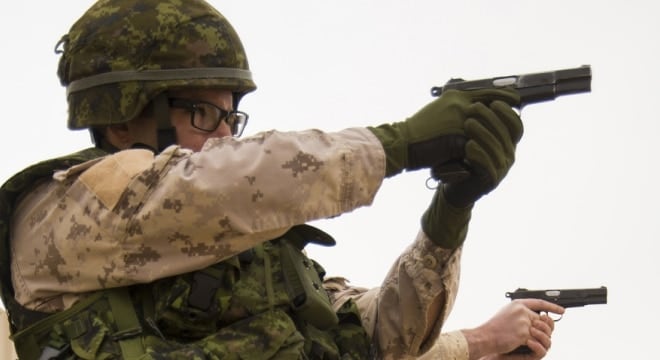 The Canadian military has used an early version of the Browning Hi-Power for over 70 years, but that could be changing (Photo: Canadian Forces Combat Camera)

The Canadian-made Browning-Inglis 9mm has been iconic to the country’s military since World War II, but they may soon get a much-needed replacement.

As reported by the Ottawa Citizen, the Canadian forces have just 13,981 Hi-Powers left–of which  1,243 are parts guns, and are looking to replace the design.

Designed just before the outbreak of World War II by FN in Belgium, the factory that made the Hi-Power was repurposed in 1940 after the Germans occupied the country and production started back up to provide the handy 9mm pistols to Hitler’s legions.

However, the Allies soon started making the 13-shot semi-auto in Canada, manufactured in Toronto, by John Inglis and Company with a little help from Dieudonné Saive, the Belgian firearms engineer who helped design the gun in the first place.

These Browning-Inglis guns at first were meant to be shipped to China, then fighting the Japanese and strapped for modern weapons. 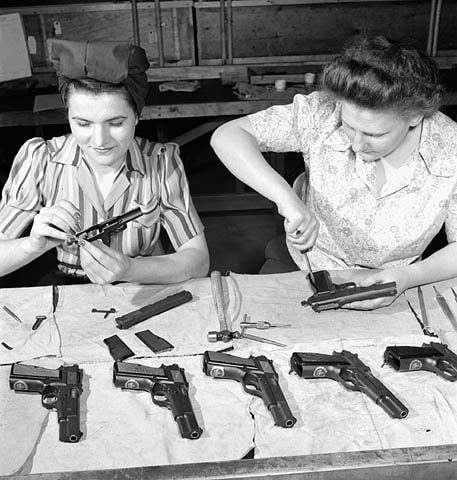 Final assembly of High Power pistols for issuance to Allied forces under a Canadian Mutual Aid Board contract at the Inglis factory, 1945. Note the Maple Leaf on the front of the grip 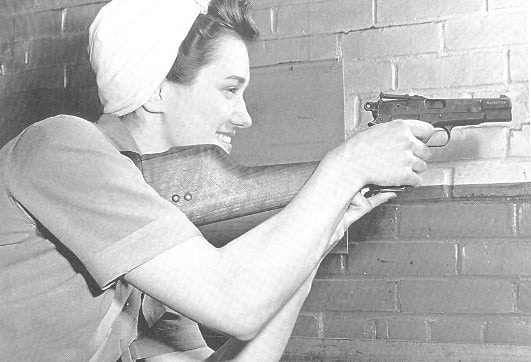 It must have been fun to test a Chinese contract Canadian Inglis Mark I Hi-Power. And yes, that is a sight graduated for 500-meters.

However, most of the guns produced never made it to the Asian theater of that global conflict and were instead sent to arm British and Canadian troops. 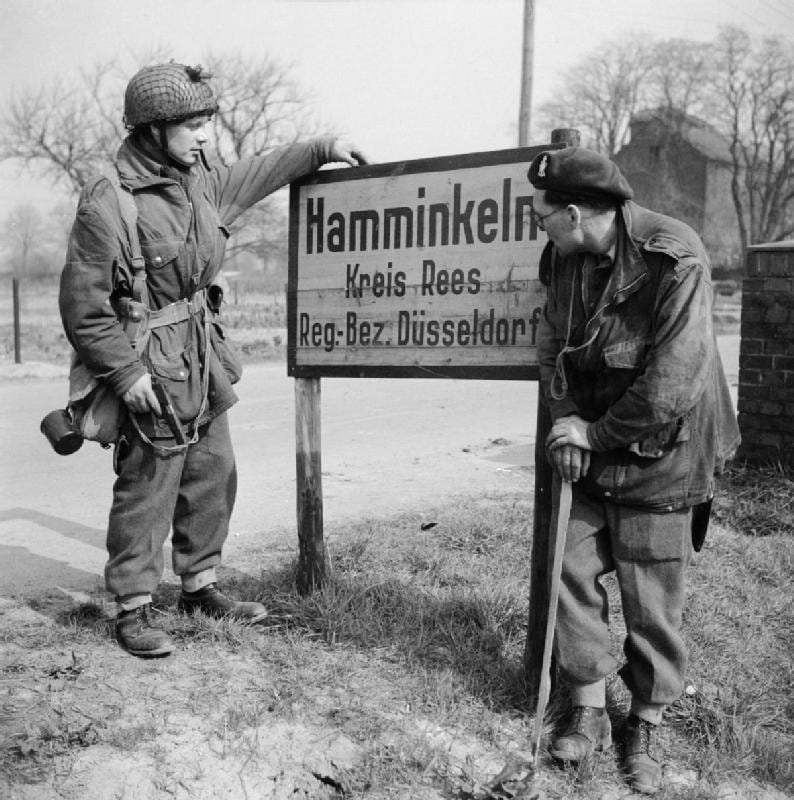 British paratroopers in Europe in late 1944– note the lanyard ring of that Inglis Browning of the para on the left coming in handy.

Although Inglis ended their production of the Hi-Power in 1945, the Canadians were left with enough that they have been using them ever since, although this final vestige of WWII has now apparently run its course and, with operations in Afghanistan in recent years, the number of non-functional pistols has been on the rise.

According to the Ottawa Citizen report, sometime early next year a nation-wide survey of the military will be conducted about the future of pistols and “to define the general concept of employment” and a replacement program stood up to retire the guns. 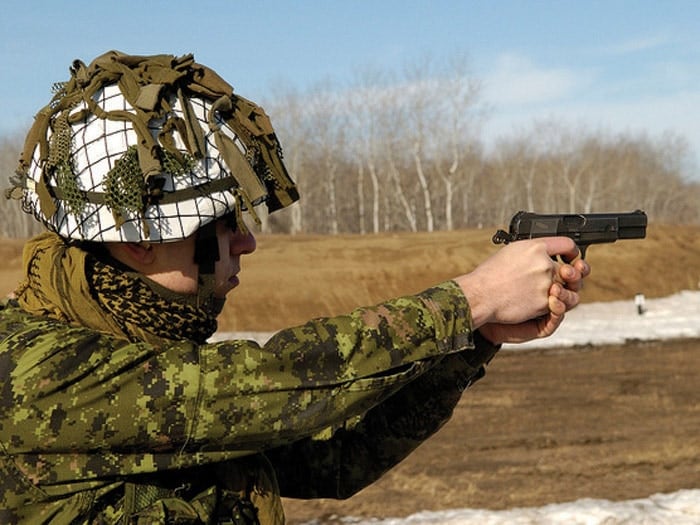 Inglis Hi-Powers, with their distinctive rear sights, lanyard rings, and on some models the accomidation for a shoulder stock on the rear grip, are super collectable and hopefully the Canadian military will move to pass them on in a decision similar to what was floated on the recently retired Lee-Enfield rifles used by the part-time Canadian Ranger force.