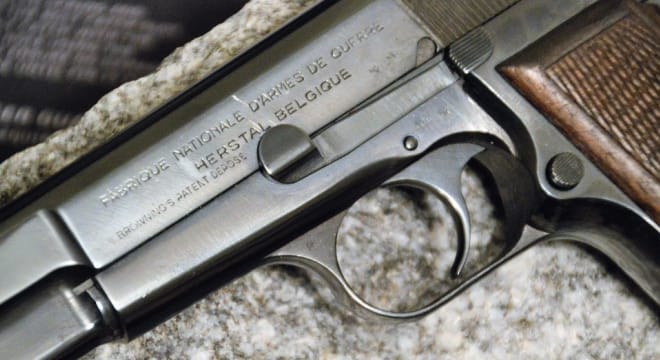 Detail of an early FN-made Hi-Power. The pistols have been discontinued from production (Photo: Chris Eger/Guns.com)

Browning has announced that John Browning’s final handgun design, a pistol that at one time armed most of the militaries in the Free World, has been discontinued.

In a notice posted on their website, the company advised that “although it is possible to still find a few Hi-Power pistols at dealers across the U.S., the Hi-Power is technically out of production. Current dealer inventories will be the last available from Browning for the foreseeable future.” The gun was a classic of the 20th Century.

Famous American firearms inventor John Browning began work on the double-stack, single-action 9mm for Fabrique Nationale of Herstal, Belgium as an evolution of his venerable turn of the century handguns and, by 1923, filed a patent on his work. Though Browning died before the Hi-Power was fully realized, Dieudonne Saive completed the design and by 1935 the revolutionary 13+1 shot combat handgun was ready for production.

Though FN entered into several small military contracts for the Hi-Power before 1940, World War II saw the Germans occupy their factory and divert production to Berlin. The gun went on to be manufactured in Canada by Inglis with Saive supervising and in a twist of fate was used by both the Allies and the Germans in the conflict.

In more recent years, a number of longtime military users such as the British Army have sought to replace the now-dated handgun, though WWII-vintage examples still march, for now, with both the Australians and Canadians.

Being an 80-year-old design, a number of Hi-Power clones are out there such as Argentine-made FM‘s, Hungarian PJKs, Israeli Kareen J.Os, Charles Daly HPs, and the Bulgarian Arcus 94, however, they are largely either long out of production or, in the case of the latter, no longer imported.

While custom shops like Robar and Nighthawk will trick out a Hi-Power to an impressive degree, they use Browning-made guns as a starting point, which means their pool is now limited to what is in circulation. As for Browning’s own Custom Shop, they only have two Hi-Powers listed, both 9x21mm 75th anniversary Renaissance models, one in gold, the other in silver.

One of the 75th anniversary Renaissance model Browning Hi Power’s in stock at the Browning Custom Shop (Photo: Browning)

Likewise, neither Belgian FN Herstal nor FN-USA lists the Hi-Power as a production pistol.

Will the Hi-Power come back? In 2000, Browning put the line to rest but that didn’t last long, with the company adding Mark III, Practical and Standard models back to their catalog in 2002. The Practical was put to pasture in 2006 but the Mark III and Standard remained in production until recently. 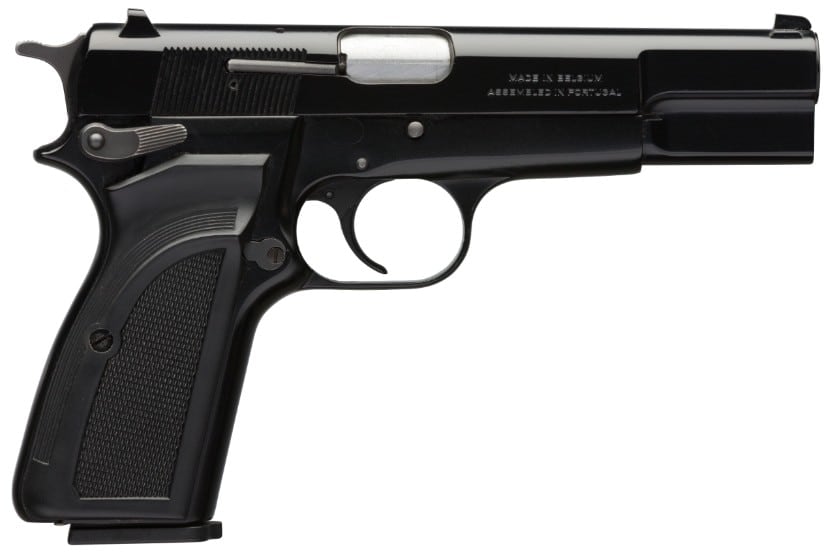 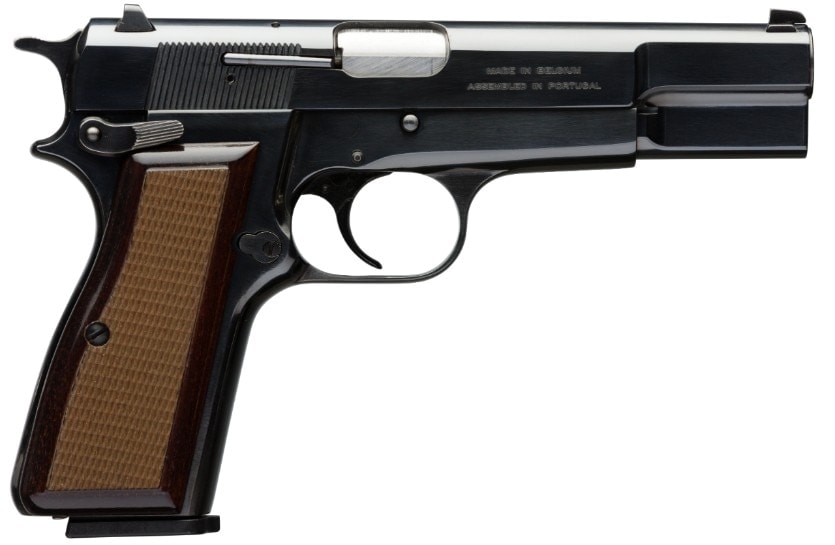 The Browning Standard was polished blued, had an ambi safety, walnut grip panels and retailed for $1,199. (Photo: Browning)

Collectors and admirers of the BHP may spark such an interest to resurrect the line once more, but only time will tell.

Until then, enjoy the following gratuitous Hi Power gallery: 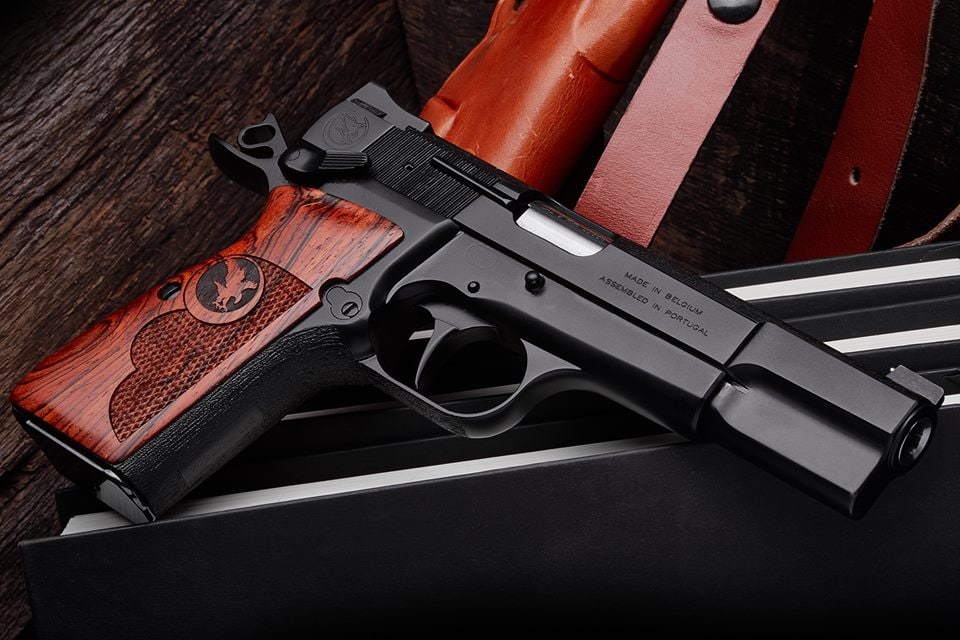 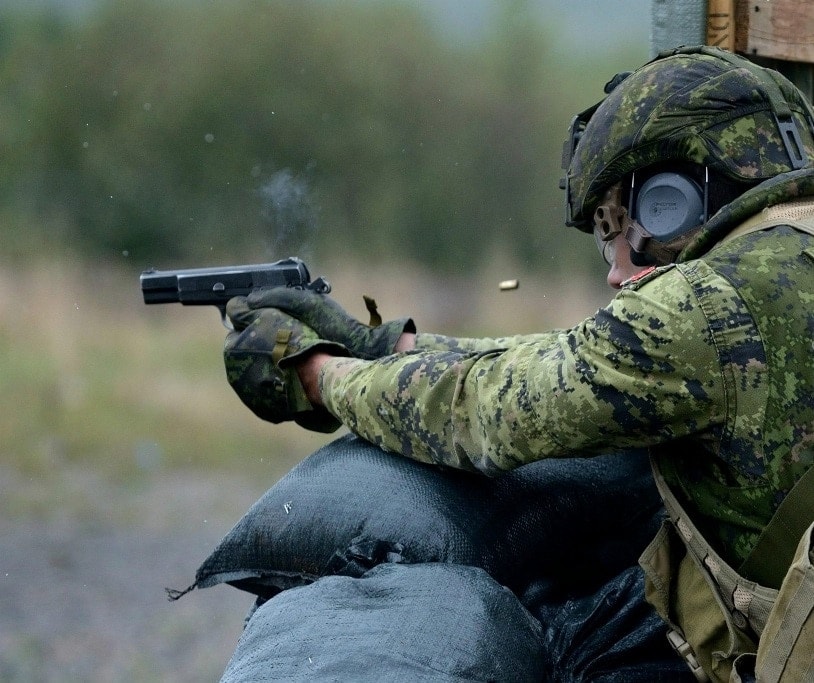 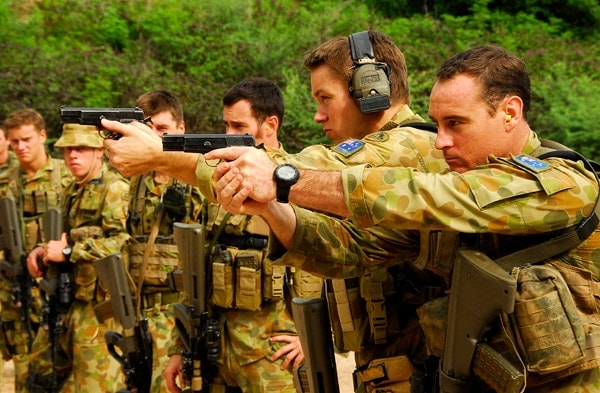 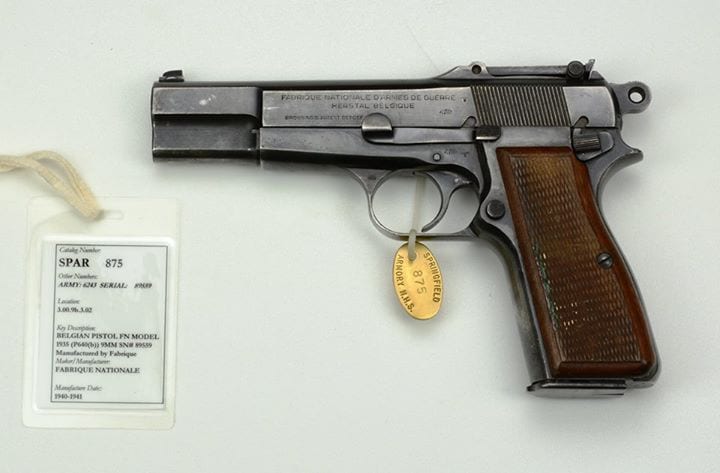 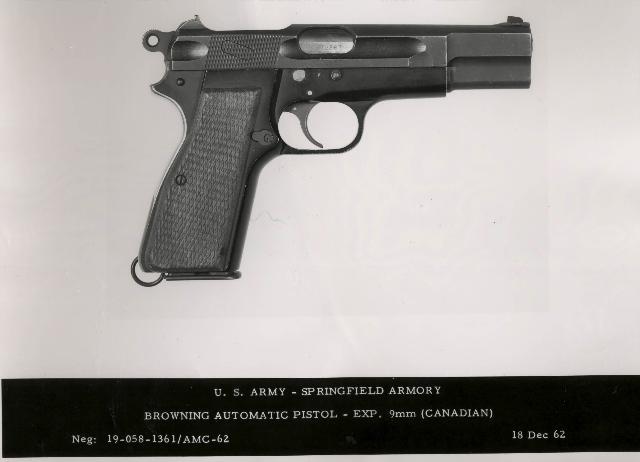 One of the lightweight High Power prototypes created after World War II for testing by the U.S. Army (Photo: Springfield Armory Museum) 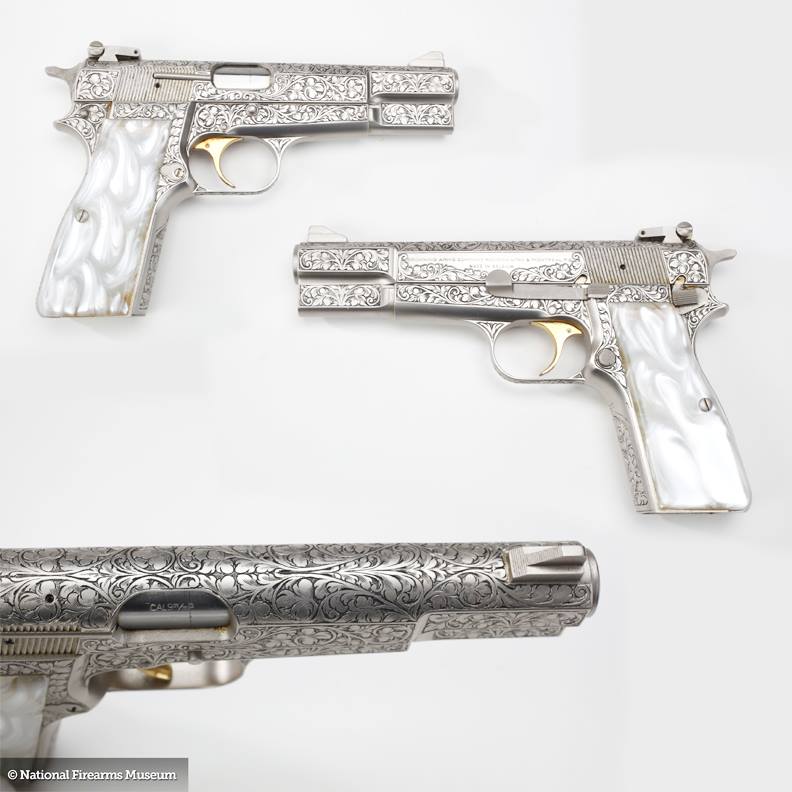 One of the higher grades of engraving offered by Browning on handguns was called Renaissance. (Photo: National Firearms Museum) 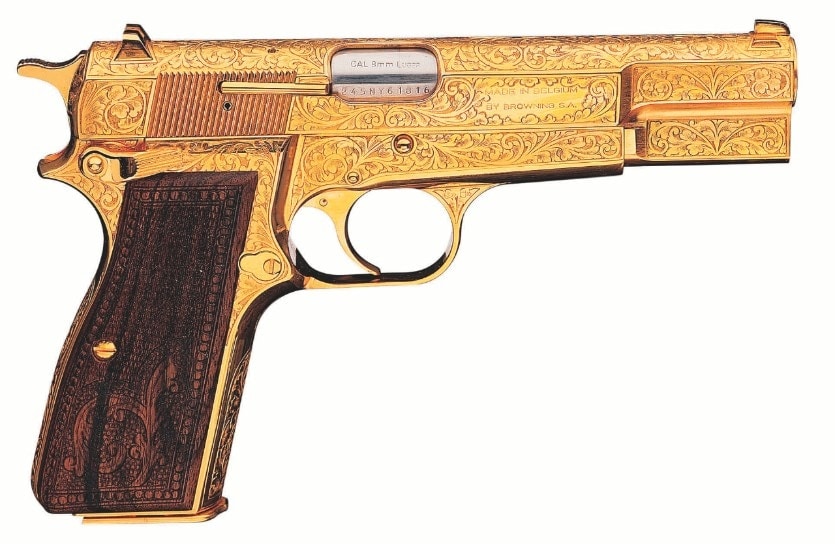 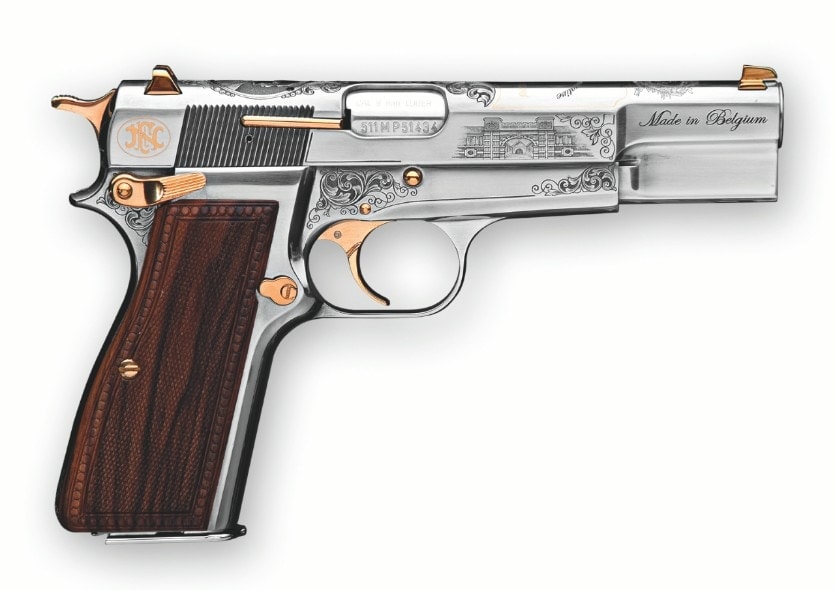 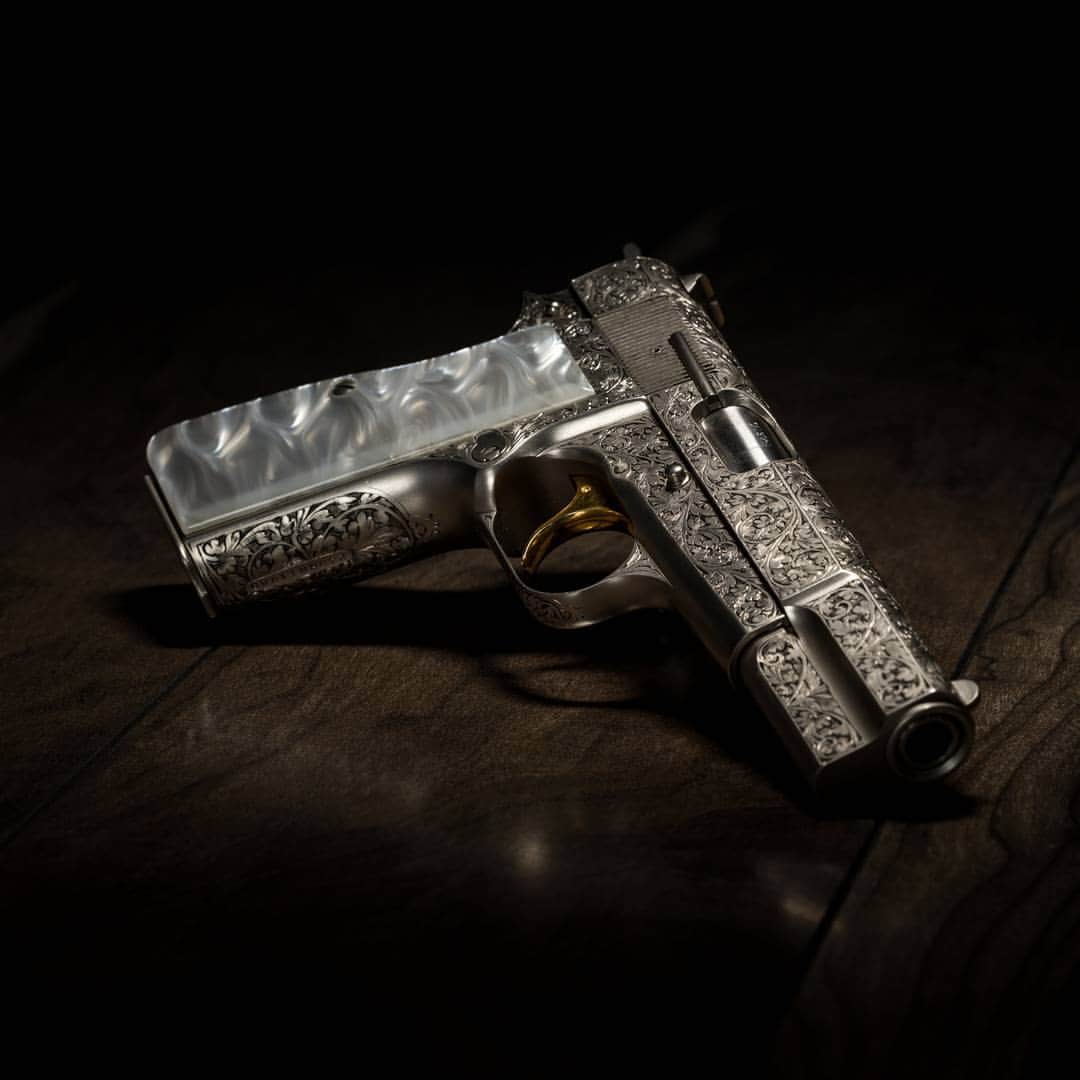 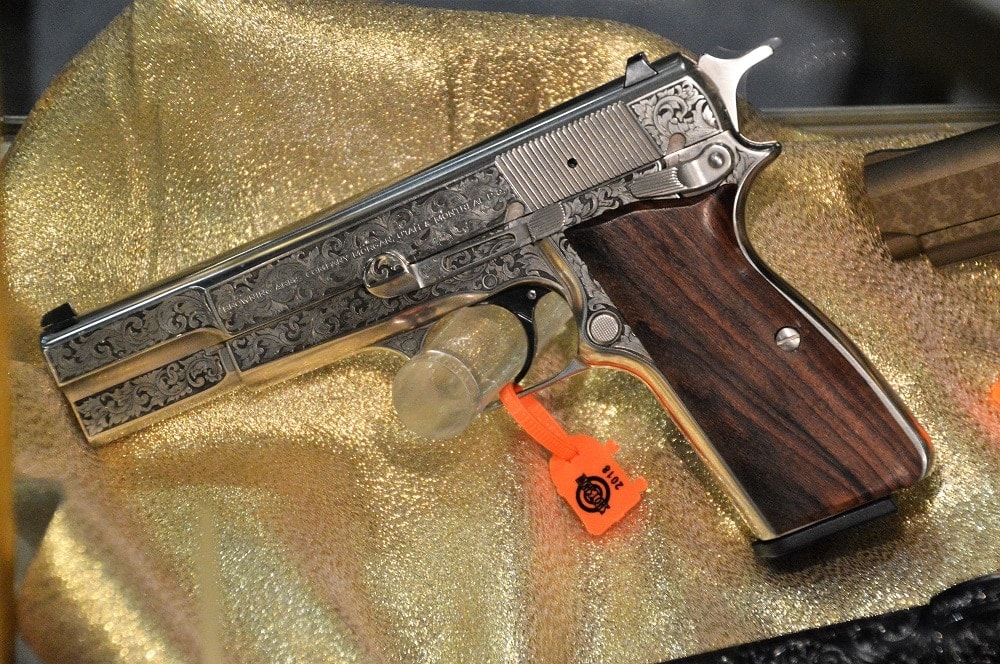 Baron custom engraving shop in Trumbull, Conn. can make almost anything look good, and they had this immaculate FN Hi-Power on display at Shot Show recently (Photo: Chris Eger/Guns.com) 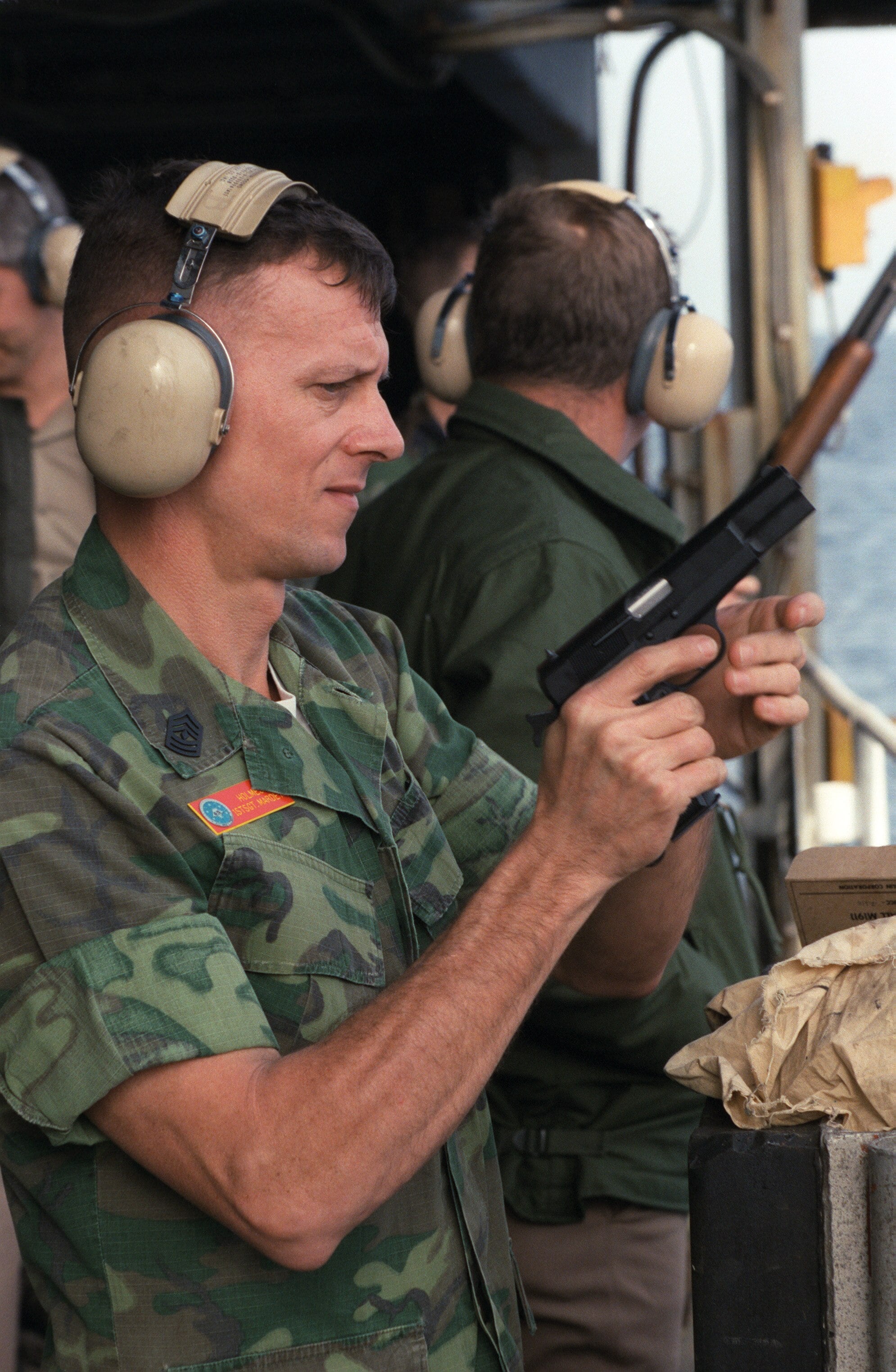 1stSgt. Holmes, of the Marine detachment aboard the carrier USS Dwight D Eisenhower, prepares to fire a Browning Hi-Power from the ship’s fantail, 1981. (Photo: National Archives) 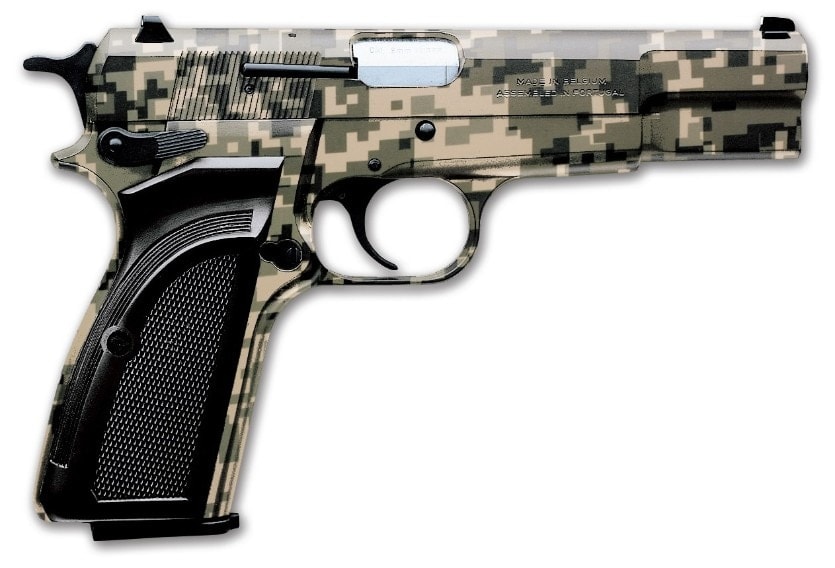 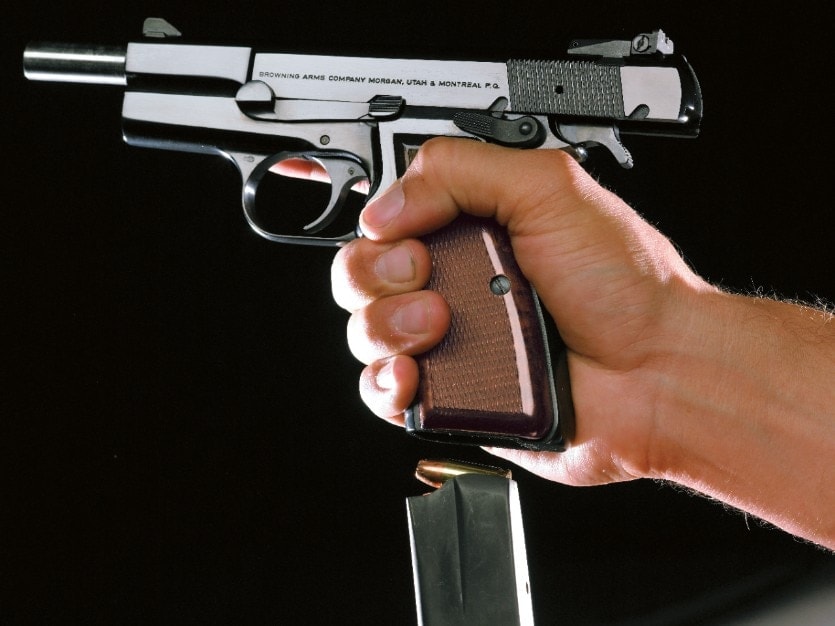