The LifeCard is a foldable .22LR pistol that can be easily pocketed. (Photo: Trailblazer Firearms)

Trailblazer Firearms scales up its production in order to meet increased consumer demand on its .22LR chambered folding LifeCard pistol.

The LifeCard has exceeded 6,000 units sold to date, according to Trailblazer Firearms. The company announced new distributors have also been brought into the fold in order to offer more options for consumers looking to pick up the pistol.

The LifeCard, approximately the size of a credit card, weighs less than 7 ounces and measures only a half of an inch in width. Featuring a snag-free design, the foldable pistol easily fits into the “5th” pocket of a pair of jeans, the company said. 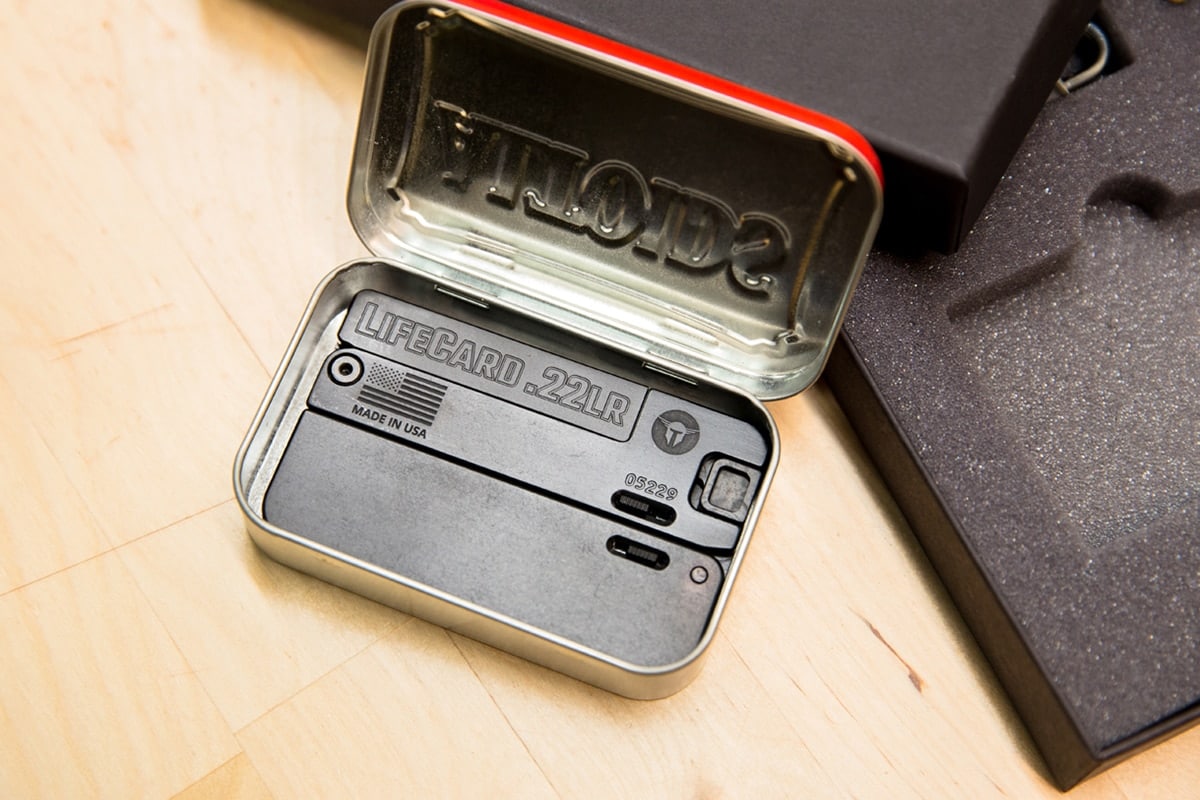 “We reached our first year’s sales goals and then some,” Aaron Voigt, founder and president of Trailblazer Firearms, said in a news release. “What started out as my obsession to come up with an Altoid tin sized pistol has taken on a life of its own. While we are genuinely pleased about our sales numbers, we are firmly committed to continuing to produce a high quality little .22 and refuse to compromise on our production or materials, so we apologize if it takes a bit longer to get your pistol, but we are certain you will love it when it’s in your hand.”

The LifeCard retails for $399.