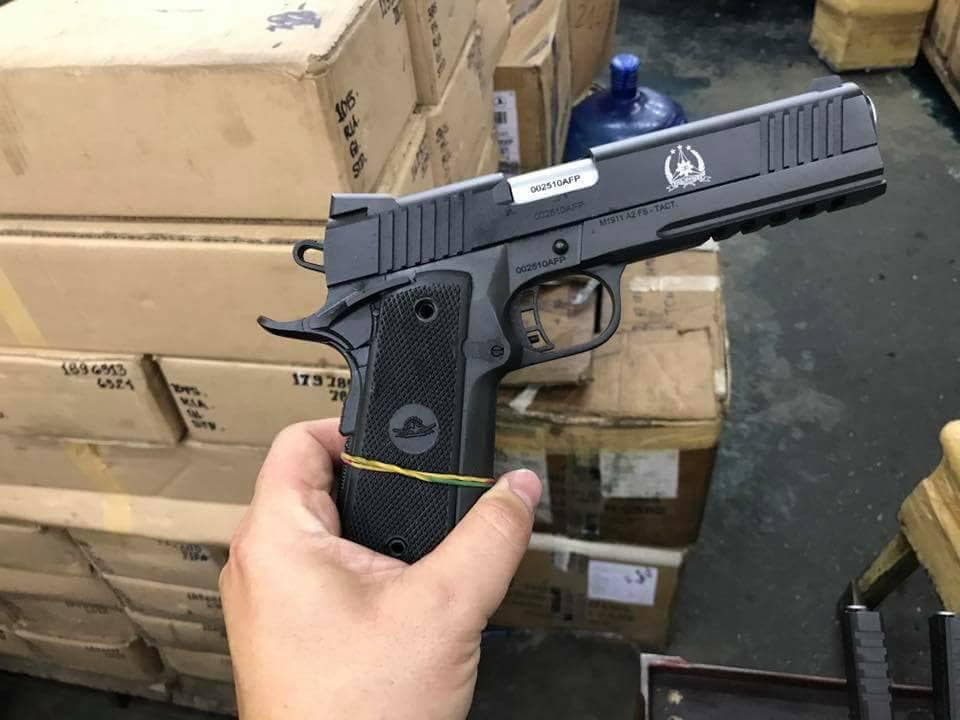 The “world’s largest 1911 pistol manufacturer” recently inked a deal to keep the Armed Forces of the Philippines in the .45 ACP business for the near future.

Armscor, founded in the Philippines in 1905, is owned by Squires Bingham International and includes such popular affiliates as Rock Island Armory. The company announced on Nov. 19 they had signed a deal with the AFP for 50,000 handguns described as “Cal .45 high capacity Pistol M1911.” The contract, signed at military headquarters at Camp Aguinaldo, was billed by both sides as “a Rebirth of Defense Self-Reliance,” and a move towards more domestic involvement in military contracts.

“This initiative of optimizing our local resources contributes to the development of our economic and labor industries by providing jobs for Filipinos and contributing to economic growth – positive effects that far outweigh [the military’s] spending in importation,” said military spokesman Arsenio Andolong.

While the announcements from the AFP and Armscor do not detail which model handgun will be supplied, it is likely that the company’s TAC series, which includes a double-stack 1911 rail gun with a 14+1 capacity, is a contender.

In 2017, Philippine President Rodrigo Duarte personally oversaw the transfer of a small contract of 3,000 Armscor TAC Ultra models to the military. 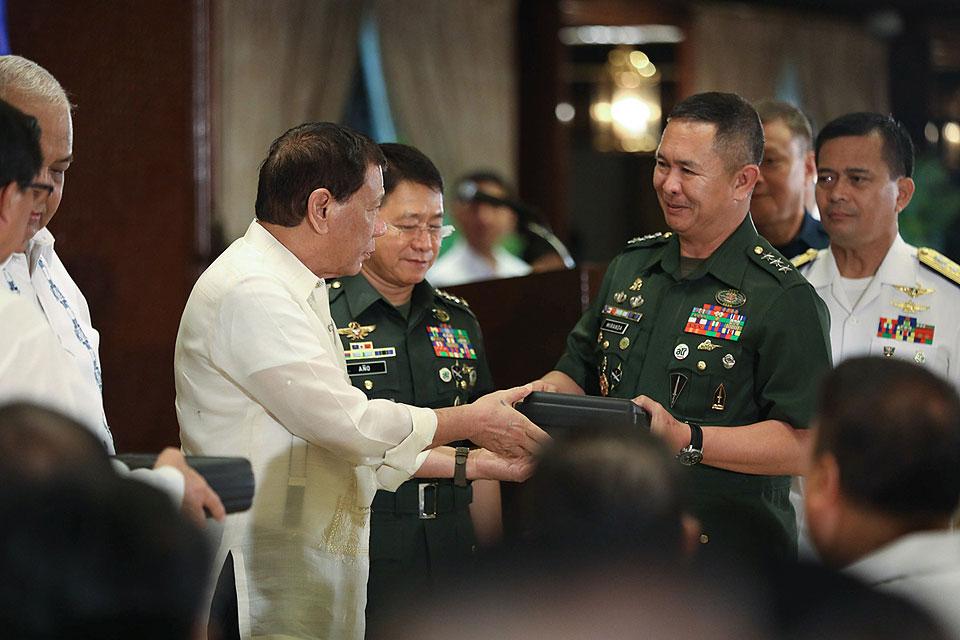 The Philippine Army, formed and trained with U.S. assistance throughout the first half of the 20th Century, has traditionally used the M1911-pattern .45 as a standard sidearm. In recent years, the Government Arsenal, DND, in Camp Luna, has been refurbishing old and worn out WWII-era pistols to a new standard. 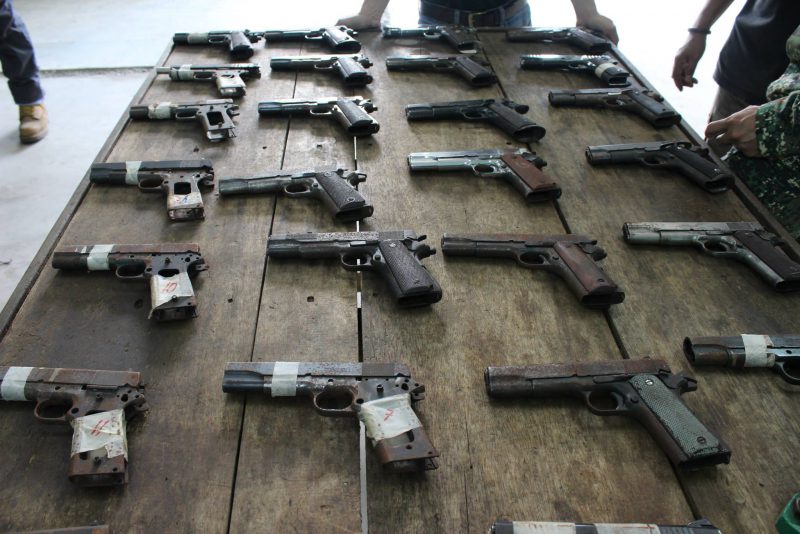 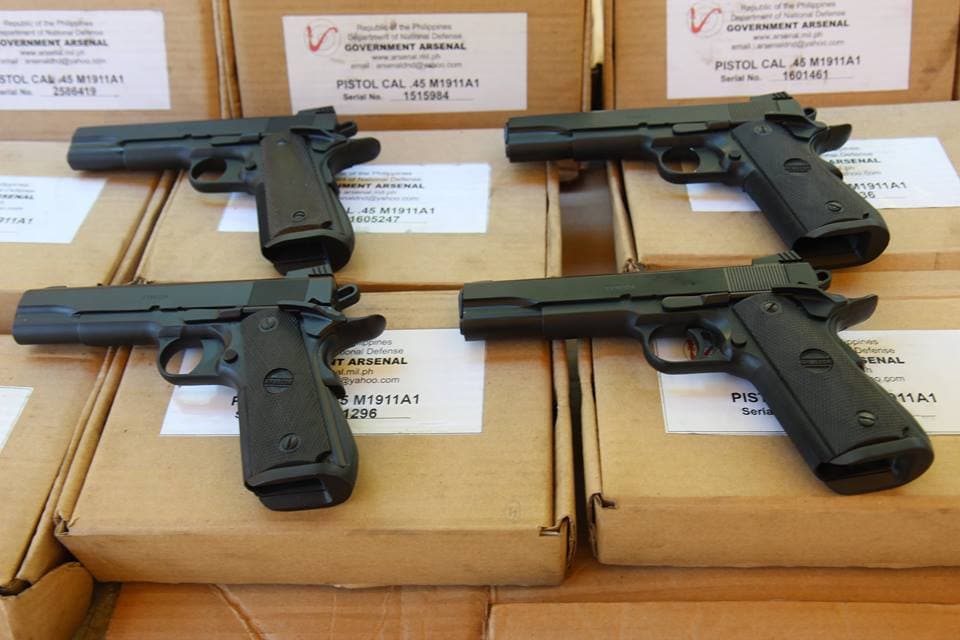 Have been reworked to a new standard by the Philippine Government Arsenal in recent years to keep them in service.

The AFP has been in an effort to refresh its arsenals, purchasing at least 63,000 new Remington R4 select-fire carbines to augment domestically-made M16A1s produced by Elisco Tool in the 1970s and 80s under license from Colt. This has allowed surplus stocks of vintage U.S-supplied weapons to be repatriated to the States, as witnessed by some 86,000 M1 Garands that were handed over to the CMP by the Army late last year.

The planned 1911s may not be the only new handguns in the country’s arsenal. Last year, Duarte announced he was purchasing 30,000 Glock 30 subcompact semi-auto pistols to help augment the sidearms currently used by the military in their long-running struggle with insurgents. He also told the troops that, in combat, to reserve their last bullet “for emergency use.”