From the Guns.com Vault: Deals on the Sig Sauer P220 (PHOTOS) 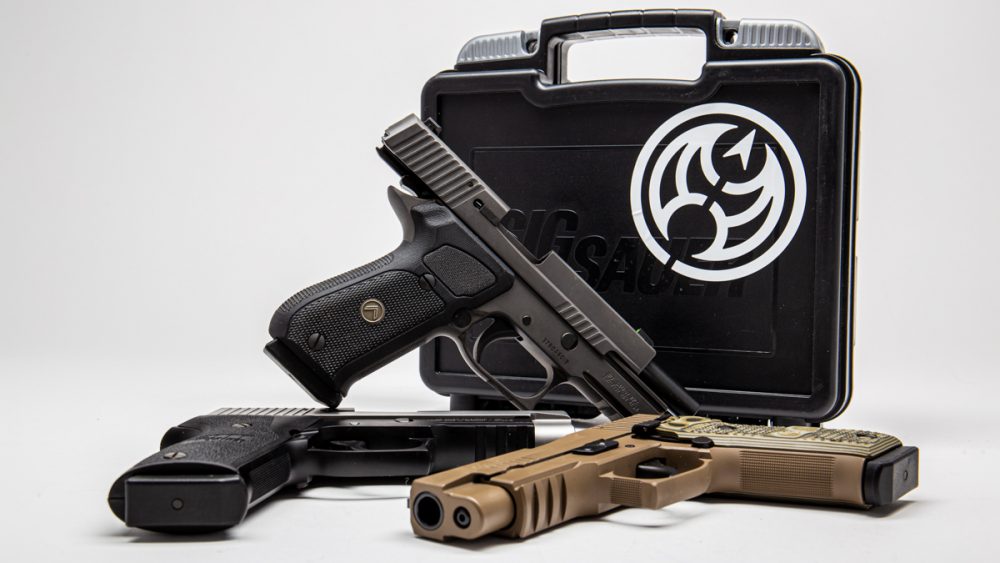 As the prime example of the late 20th Century European-designed large frame single stack pistol, the Sig Sauer P220 takes the cake — and we have several in stock in the Guns.com Vault.

A modernized answer to Sig’s 1940s-era P210 to replace the latter in the service of the Swiss Army, the P220 was introduced in 1975 and was immediately met with open arms by military users around the world. Switzerland adopted the new 9mm handgun as their Pistole 75 — where it continues to serve today both in the Alps and with the Swiss Guard of the Vatican. In addition, overseas military customers included the Japanese Army, which produced them under license by MinebeaMitsumi, as well as a host of smaller countries.

Originally designed to use a heel-mounted magazine release, a change to a frame-mounted push-button release and chamberings in .45ACP led to adoption by numerous police organizations in the U.S. in the 1980s. With their DA/SA trigger and slightly shorter profile than the 1911, the guns competed with contemporary domestic offerings like the S&W 4506.

Available in several options when it came to caliber, barrel length, frame height, and magazine capacity, your typical P220 floating around in the U.S. will be in either .45ACP or 10mm with a 4.4-inch barrel. While the more vintage, typically West Germany-marked examples, will have a smooth dustcover on the frame and a more streamlined look, modern examples of the handgun will sport an accessory rail.

The first of what Sig Sauer later took to labeling as their “Classic Line” of pistols, the same basic design of the P220 was modified and evolved into the more compact P225 and P245, the double-stacked P226, P227, P228, and P229; as well as the sub-compact P239 series handguns. In fact, Sig’s Armorer’s Course on the Classic Line covered all the above in one session as the concept of their construction was so similar. 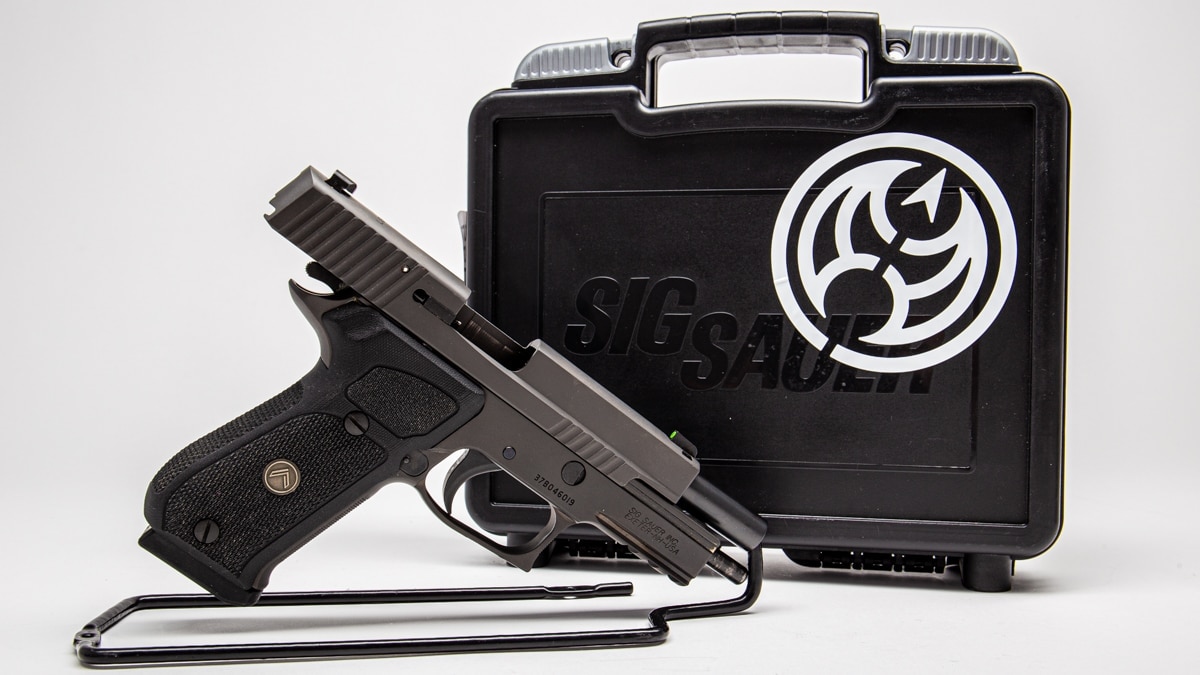 The P220 Legion series in an enhanced version of the gun that started it all for the Classic Line. Finished in a what Sig calls a Legion gray coating and featuring custom G-10 grips with a Legion medallion, these P220s are improved with updated X-Ray high visibility day/night sights as well as front cocking serrations. When it comes to ergos, these guns have a reduced and contoured elite beavertail, aggressive front strap checkering and an X-Five undercut on the trigger guard as well as other tweaks.

Our Vault currently has three different certified pre-owned P220 Legions including those chambered in .45ACP and 10mm Auto starting at $1,099– which is a bargain when you consider new models have an MSRP of almost $2K. 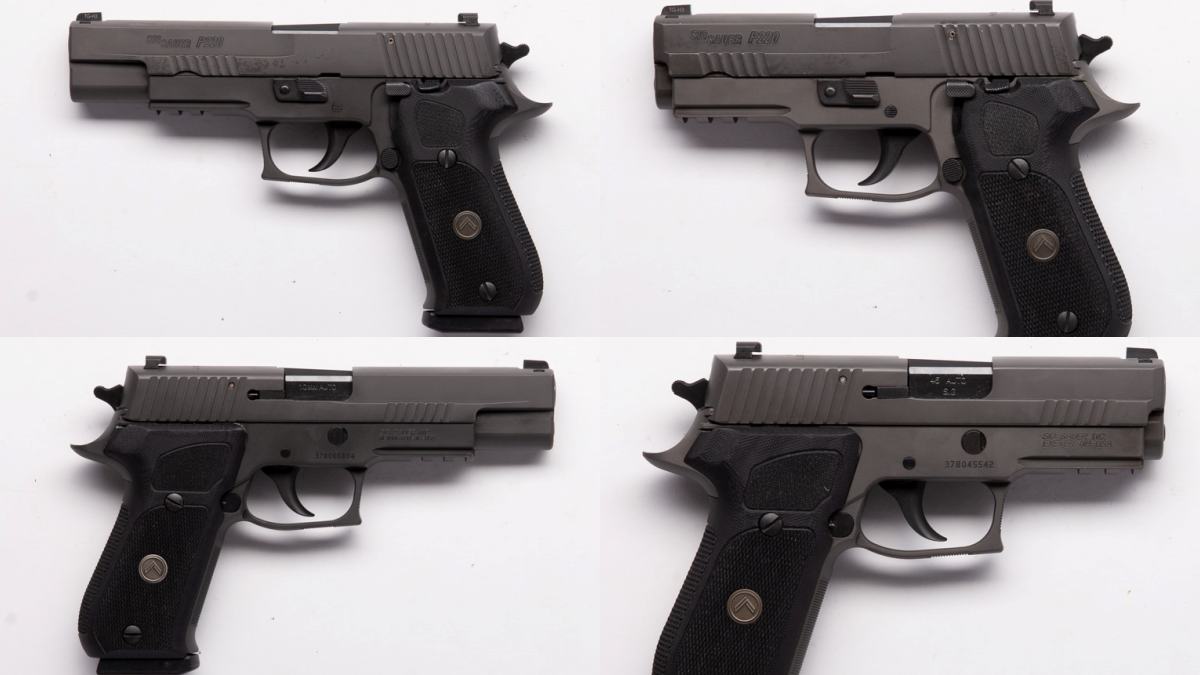 The Legion series of P220s are immediately identifiable and we have certified pre-owned models priced right.

The P245, which was essentially a .45ACP P220 that sported a 3.9-inch barrel and shorter grip, was introduced in 1999 but later evolved into the P220 Carry which is a standard model today and we have a couple of those in stock as well at attractive prices. Like $899 attractive. 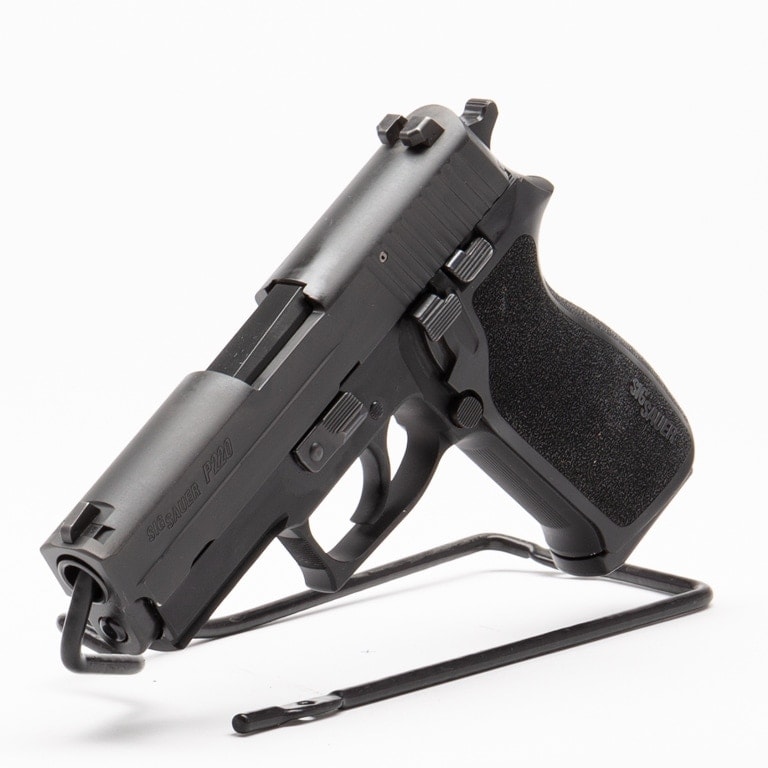 The P220 Carry, with its 3.9-inch barrel, is an example of the series meant for more everyday use. 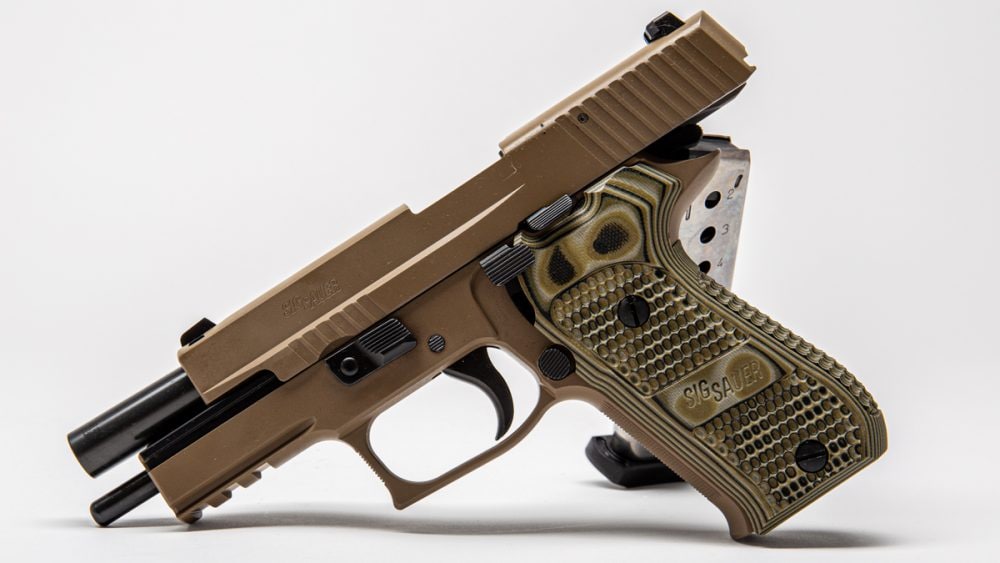 For those looking for some more flash, there is always this factory two-tone stainless over black Nitron model with the classic pebble Sig grips and night sights. 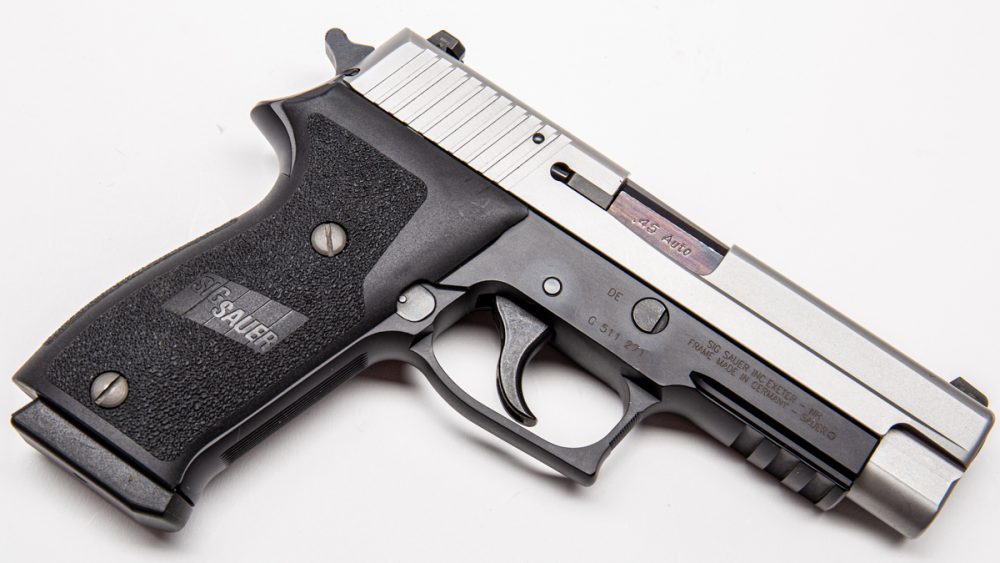 Price? $799. Of course, should you want a new P220, we have that covered as well in Standard, Combat, Equinox, and Hunter models with prices starting at $929.