Have you ever bought the latest iPhone only to have Apple turn out a newer model a short time later? That’s how I feel about the Sig Sauer P320 pistol. The gun came out a few years ago and then another one and then Sig released the P320 X-Compact in 2019 (and a newer one?). From a distance they look very similar, but the X-Compact model has a lot of welcomed improvements.

With the X-Compact, Sig has seemed to find that magic recipe of size and capacity. As far as the compact designation goes, the gun is on the smaller end of the scale when compared to other duty pistols. With a 15-round capacity, it’s a dream to carry. It has a shorter barrel than a Glock 19 with an overall slide length of 7 inches. Unloaded it weighs in at just over 25 ounces and should fit in all the pre existing the P320 holsters available.

With the X Series, Sig completely redesigned the grip module than the standard full-size P320. The frame has an improved beavertail contoured magwell, and deep trigger guard undercut. Inside the modular design is an internal serialized sub-frame, so you can put the guts into another frame. Out of the box, I could immediately feel the improvements. I could really cinch up on the grip to combat the high bore axis of the P320 X-Compact. 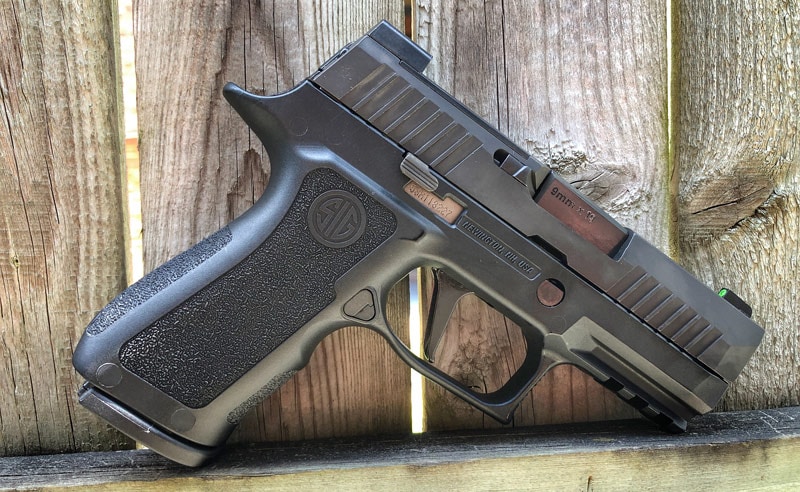 Once you join the “dot life” you never go back. Anticipating this lifestyle choice, Sig equipped the X-Compact with an optic cut on the slide. Remove the cover plate at the bottom of the slide to reveal the footprint for a Sig Romeo1Pro. Sure, it’d be great if it could fit other optics instead of Sig’s brand. Using a red dot, though, eliminates the rear night sight, so back up irons are not an option.

A new X-Series Straight trigger is an improvement on an already very good stock trigger. I really enjoy a flat faced trigger. As trivial as that sounds, I really do think it makes a difference for a more even trigger press. The weight of the P320 X-Compact’s trigger is coming in at around 5.5 pounds and has very clean take up with a surprisingly short reset. 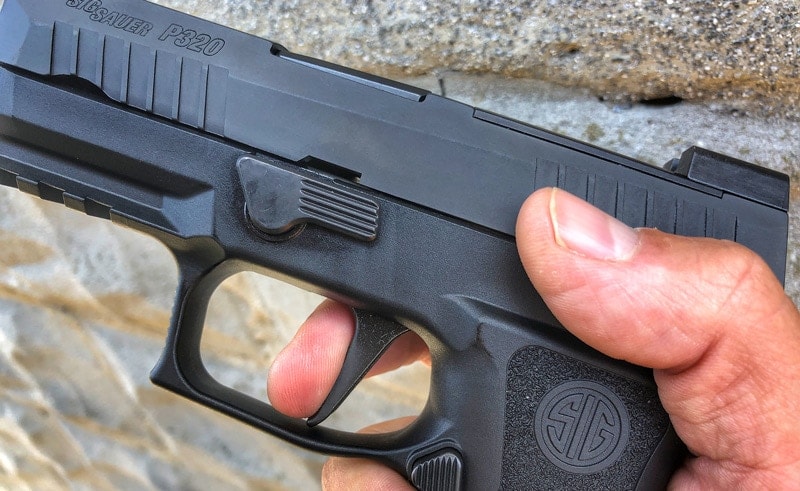 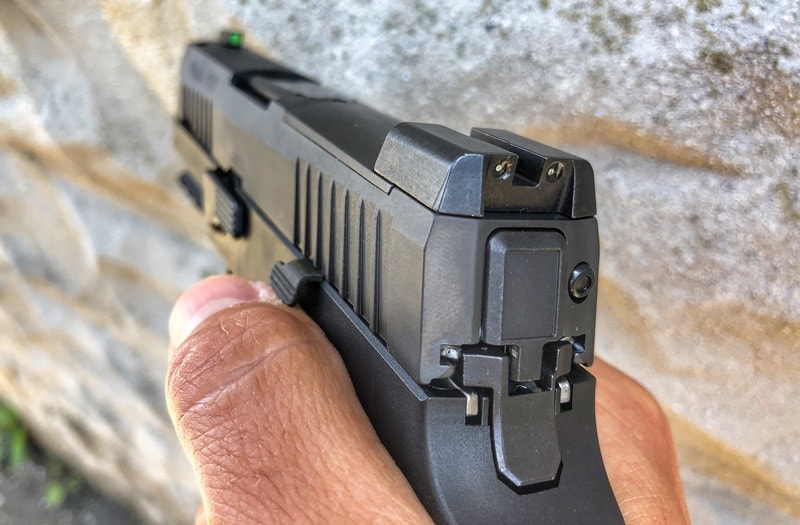 I carried my 9mm P320X around in AIWB Hazmat Holster and it was one of the most comfortable mid sized handguns I have had on my belt. It was comparable to carrying a sub-compact. Printing was minimal even in my most athletic fitting extra-medium sized shirts. The short upper made sitting and long car rides painless.

The Sig P320 X-Compact is lean. Everything you need and nothing you don’t. This handgun makes a strong argument for one of the best concealed carry options straight from the factory. Sig might be a little late to the game with what they are offering with the X-Series, but they knocked it out of the park. I think in the future you may see a lot of old fan boys of certain companies making a switch.

For other great rifles, handguns, and shotguns, check out the collection inside the Guns.com Vault andCertified Used Guns.