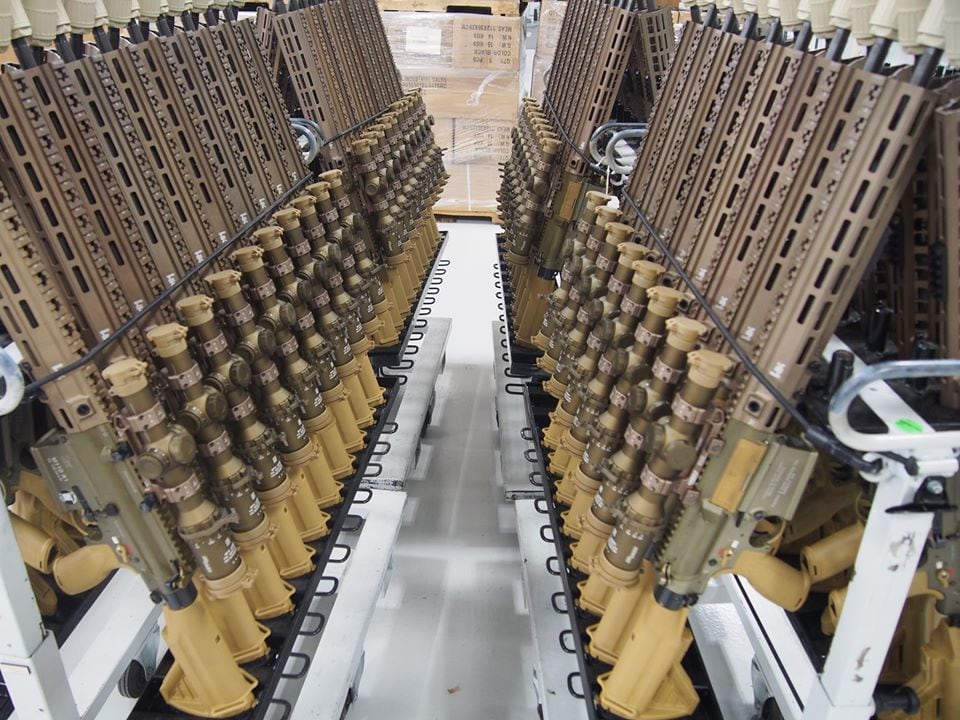 The first completed batch of M110A1 Squad Designated Marksman Rifles (SDMR) is headed out of HK’s Columbus Georgia facility after being born at Oberndorf. (Photo: HK-USA)

The platform, designated the SDMR in military service, is a variant of HK’s 7.62 mm NATO G28/HK417. The base rifles are produced at HK’s factory at Oberndorf, Germany then shipped to the States where HK-USA workers in Columbus, Georgia install optics and accessories drawn from a dozen U.S.-based manufacturers. 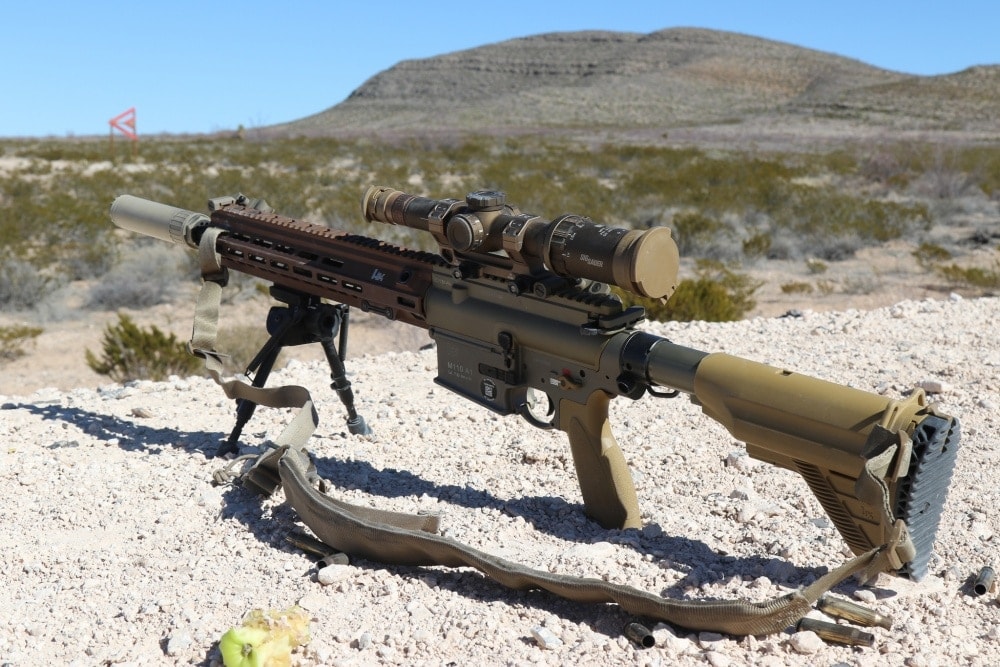 HK-USA President and COO Michael Holley, in a statement, stressed that the company is working through obstacles presented by recent events to deliver the rifles to the military.

“Obviously, the COVID-19 pandemic creates and very challenging business environment,” said Holley. “But as an essential partner in the defense infrastructure of this country, we are 100 percent committed to delivering this essential product to our troops, while keeping our employees safe and healthy.”

This shipment headed to Uncle Sam is the first as the Army will eventually receive between 5,000 and 6,000 complete SDMR systems, which will filter down to the squad-level when fully fielded.

HK is also supplying the Army with the G28-based M110A1 Compact Semi-Automatic Sniper System– which uses a Schmidt & Bender 3–20×50 PM II on a Geissele mount with accessories to include an OSS SRM6 suppressor and Harris bipod– earlier this year pulling down a $33 million award for both rifles. Meanwhile, the Marines have been fielding the M27 Infantry Automatic Rifle (IAR), a variant of the 5.56mm NATO HK416, in serious numbers for the past decade.