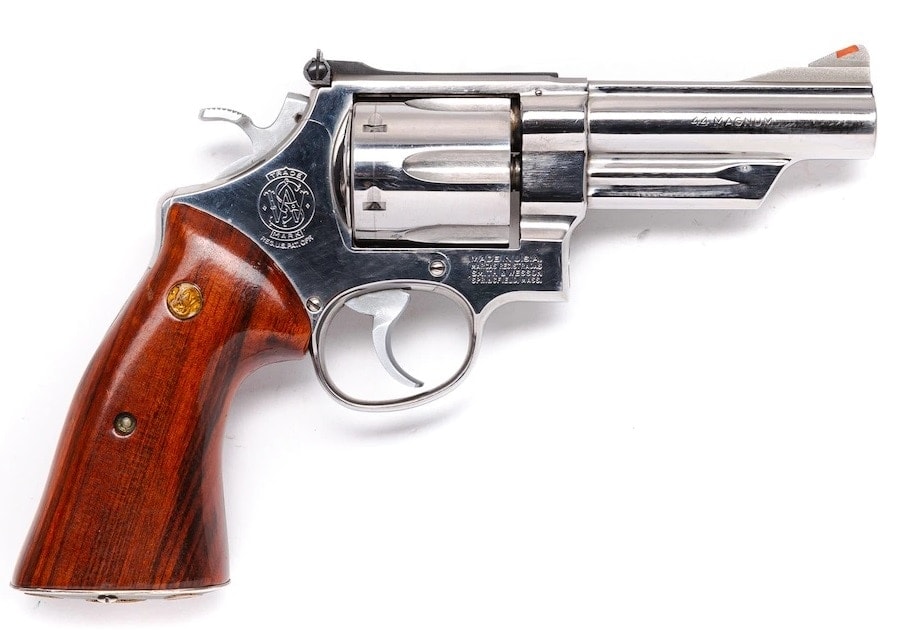 This early S&W Stainless Magnum is a thing of beauty. (All Photos: Guns.com)

It seems like there is no better time to talk about a great vintage Smith & Wesson revolver resting in the Guns.com Vault.

A very early N-frame S&W 629 .44 Magnum Stainless, the gun is known to collectors as a “no dash” as it predates the 629-1 series which was introduced in 1982. As it carries a 4-inch pinned barrel that was introduced to the model in 1981, the gun is fairly easy to date. 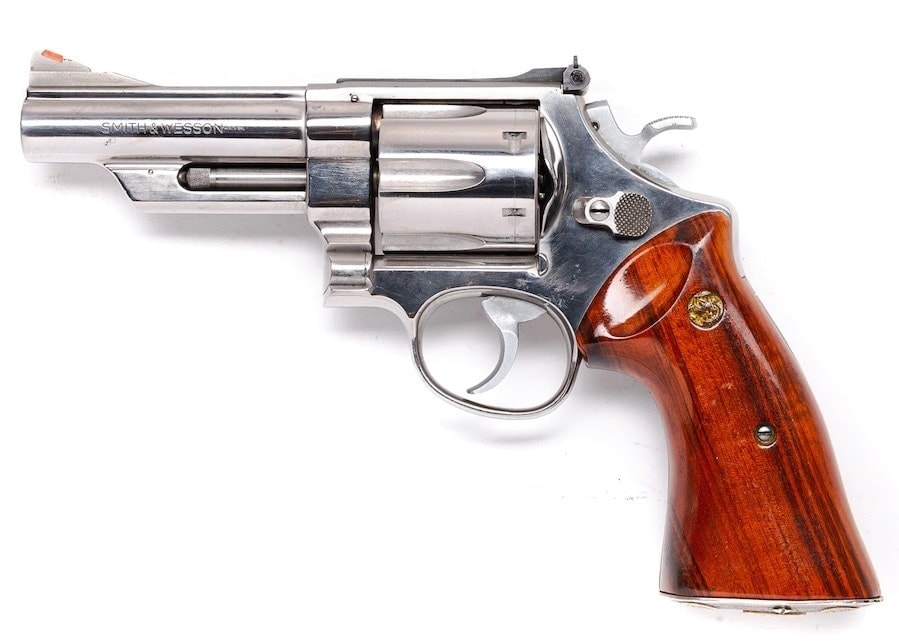 Of interest to this particular example, the heel of the custom grips are inlaid with a State of Texas seal and the banner scrolls, “B.F. PARRISH,” and “NOV. 9, 1974.” It is believed that the Parrish in question was a Lone State lawman and the date likely that of his academy graduation or swear-in/appointment date, although we cannot be sure. 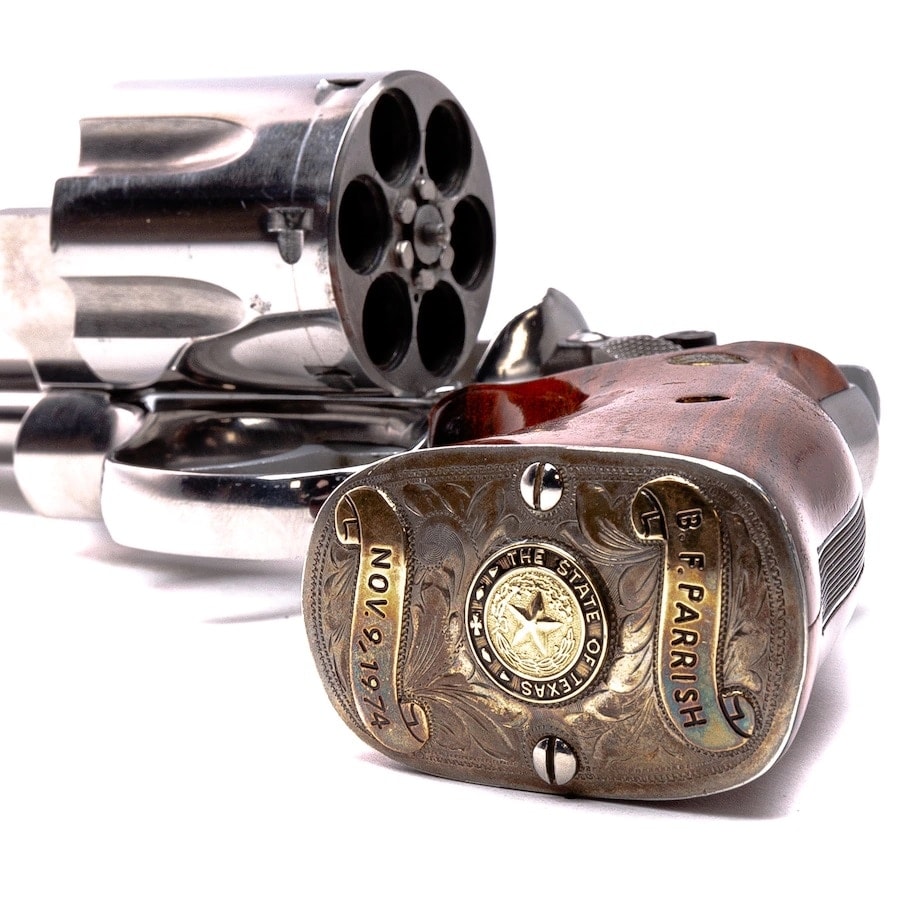 The grips of the featured 629 No-Dash in stock. If nothing else, the mystery of the grips can give a Texas-based history buff something to chew on. 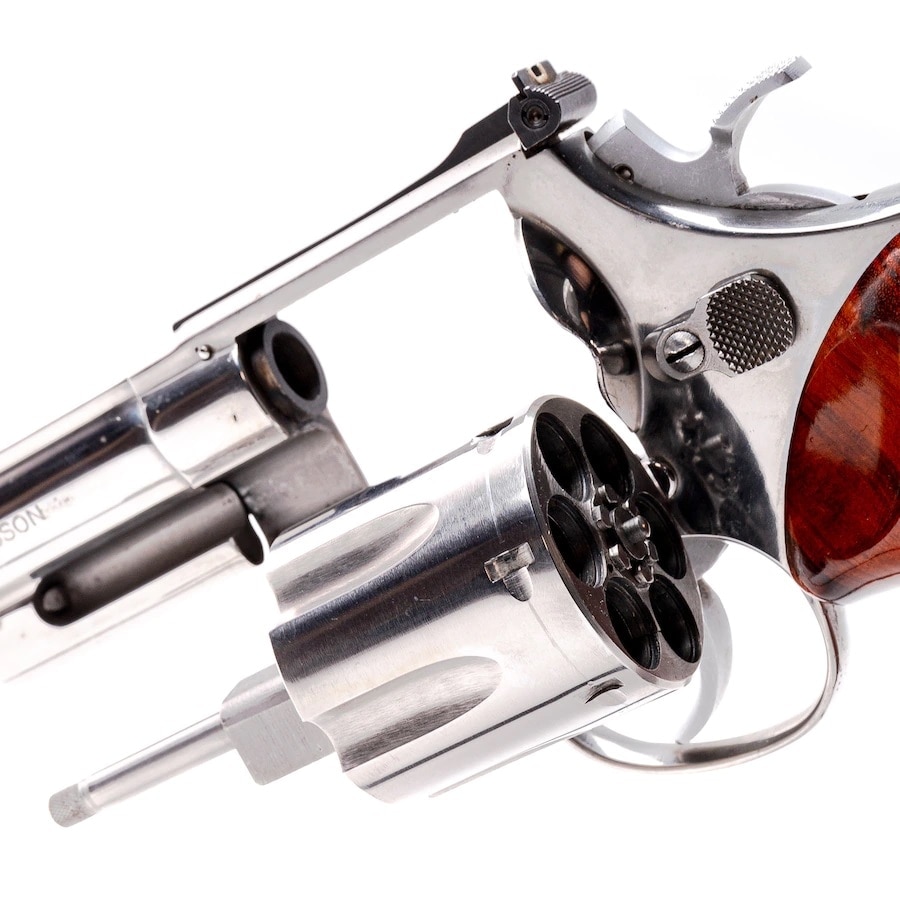 While Smith has continued to make the 629 at a steady clip over the past 40 years, it’s hard to find these nice old pinned and recessed models.

The Model 629 is the stainless steel update to Smith’s classic Model 29 hogleg that was developed by noted shootist Elmer Keith to showcase the then-newly-introduced .44 Rem Mag in the 1950s. Said yeoman work in the field of supped-up hand cannons brought Keith the monicker of “the father of big-bore handgunning.”

The Model 29 has gone on to set up camp in gun culture over the years for its use by the fictional Insp. Harold Francis “Dirty Harry” Callahan.

Of course, the .44 Special that preceded it was no slacker either and was a popular revolver line for S&W across the first half of the 20th Century. Even Lawrence of Arabia toted a S&W .44 in the desert for a while during the Great War back in the days of the Ottoman Empire.

Finally, if this particular veteran 629 isn’t your style, keep in mind Smith still has the model in current production in a variety of flavors. 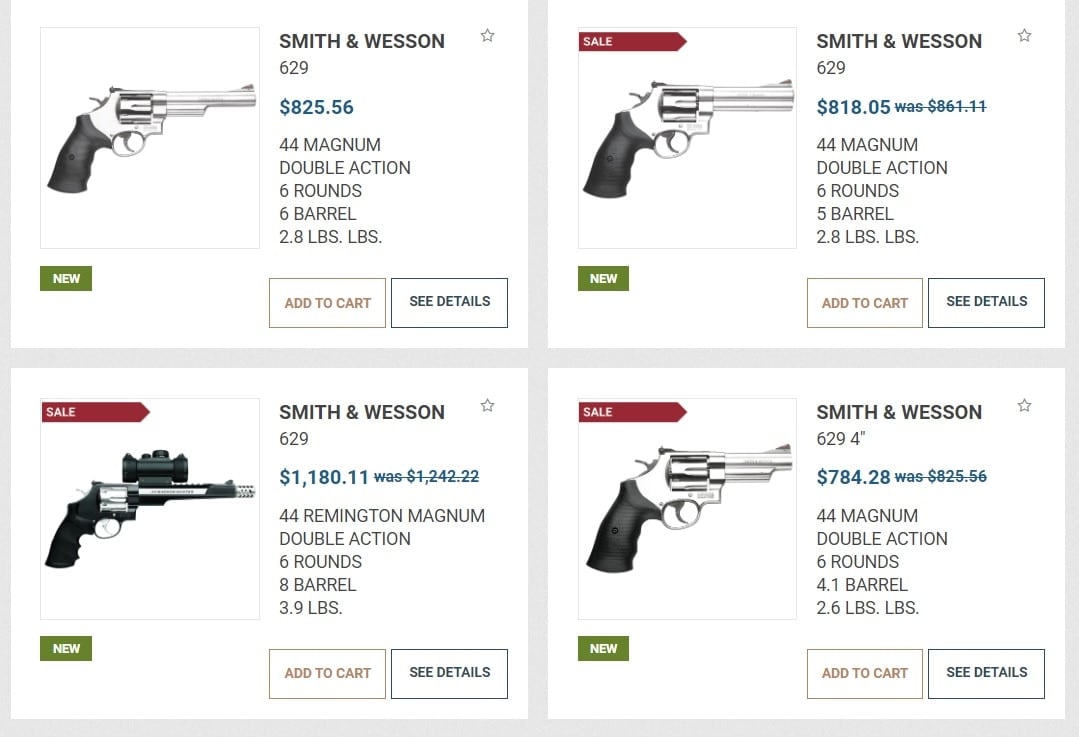