Modern sporting rifles have gained popularity over the past several years. If you’re new to shooting and looking for a rifle, AR-15s make a great beginner platform. An AR-15, contrary to what many uneducated in the field of firearms believe, is not an “assault rifle.” The AR stands for “ArmaLite Rifle,” after the company that originally developed the gun in 1956 and later sold the rights to Colt.

Because of their popularity, AR-15s are manufactured by many different companies. As they all function similarly, there is no one “best” beginner AR-15. But they are available at a variety of price points with varying features, making them a great choice for a beginner at any budget. AR-15 rifles are also highly customizable, so if you start out with what seems to be a beginner AR-15, you can easily add, change, or upgrade the rifle as you progress in your shooting. I like to think of them as the Legos of the gun world.

Below are seven of the best beginner AR-15 rifles in alphabetical order. Although they’re all similar, manufacturing differences and additional options make each unique in their own way. Honestly, you can’t go wrong with any of these AR-15s.

Weighing in at a mere 5.8 pounds, the Del-Ton 316L Optics Ready is a great choice if you’re looking for a super lightweight beginner AR. But this one isn’t just for beginners, it’s a durable, reliable, excellently made rifle that is packed with higher-end features at a fantastic price point.

Diamondback DB15 rifles are made in the United States. These rifles are packed with nice features and offer a great value, whether it’s your first AR-15 or you’re an experienced shooter just looking for a great value. Diamondback offers a limited lifetime warranty as well. 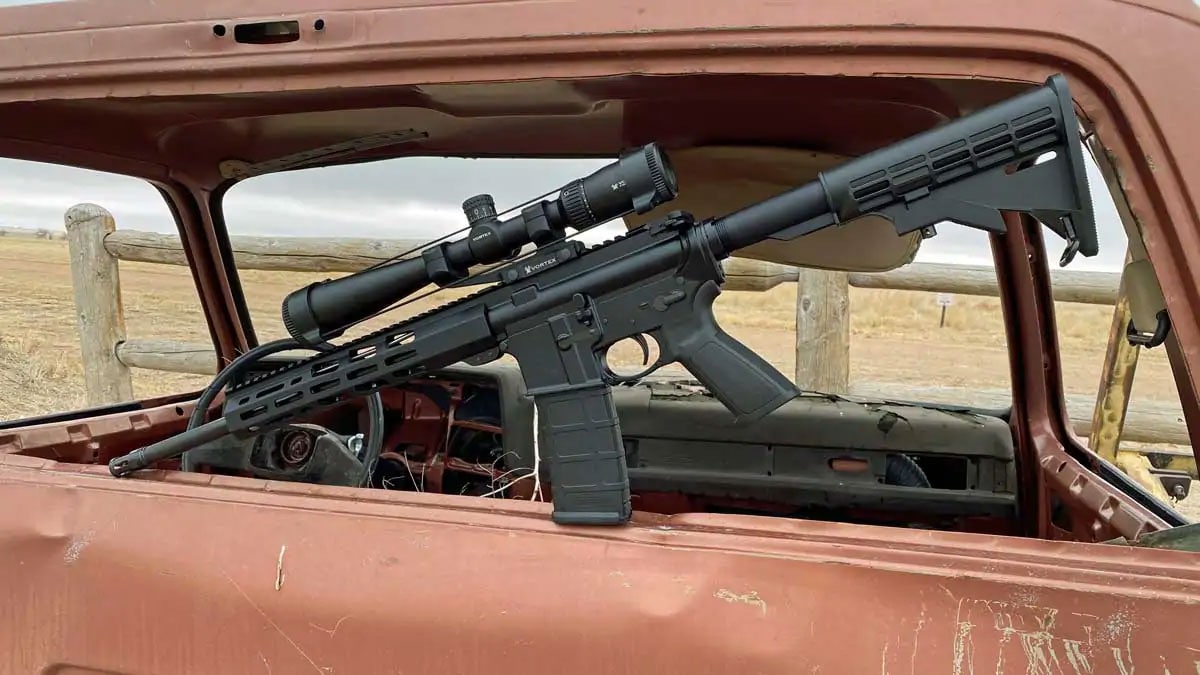 Forged aerospace-grade aluminum lends to the lightweight and great look of this rifle. With features that include an 11-inch, free-floated handguard for accuracy, the AR-556 continues to be a popular rifle for both new buyers as well as experienced shooters. 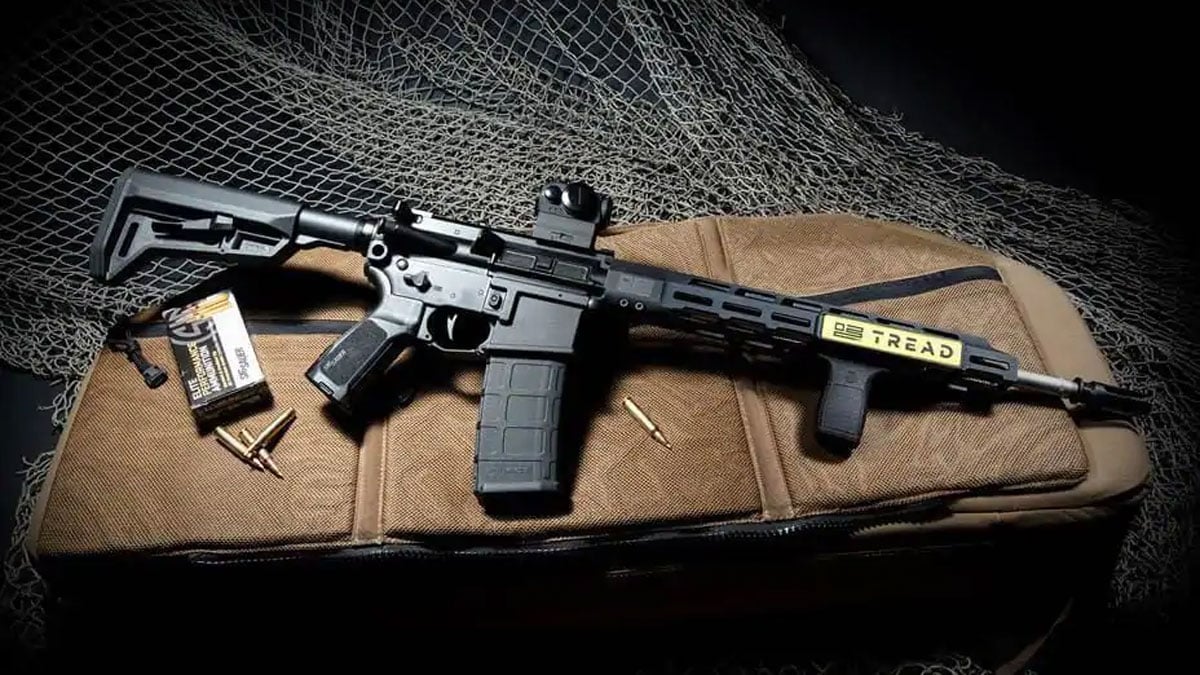 When Sig says, “All of the features, all of the freedom - none of the compromise,” they mean it. Touted as Sig’s entry-level AR-15, the Tread is geared toward new shooters. It's easily customizable and has a full line of purpose-built accessories, which are all designed and built right here in the United States. With several ambidextrous controls built into the M400, this is a great choice for lefties as well.

You can’t go wrong with anything from Smith & Wesson. Versatile and reliable, it’s a great choice for a beginner AR-15. The aluminum alloy frame makes it lightweight and rugged. Smith & Wesson boasts that it’s easy to accessorize but hard to put down. 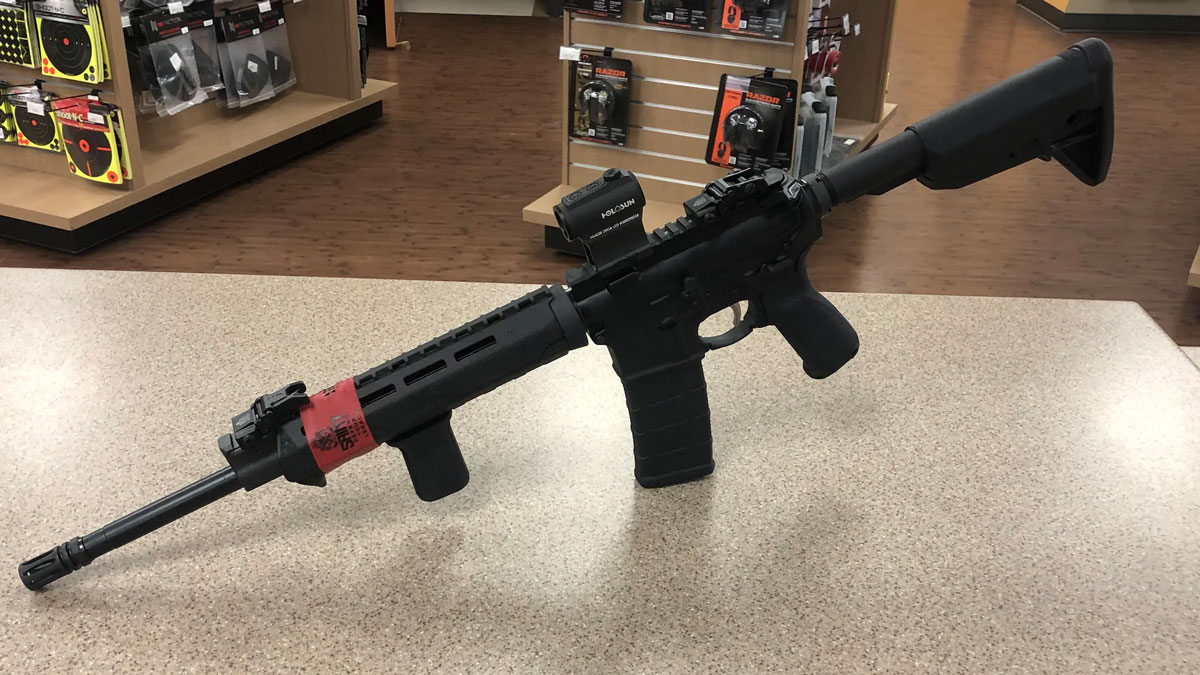 “Put your money where it matters” is Springfield’s motto for this rifle. This lightweight, rugged rifle is manufactured with a gas impingement system, which greatly reduces recoil and makes it a superb value as an excellent first AR-15.

As the name indicates, the Windham Weaponry Dissipator utilizes a gas impingement system, which works to significantly dissipate gas transfer on firing. This greatly reduces recoil and makes the gun easy to shoot for a beginner. It’s an excellent candidate for the best first AR-15. An added benefit is Windham’s lifetime warranty.


Whether you’re looking for your first AR or your first rifle in general, you can’t go wrong with an AR-15. These can be great guns if you’re planning on hunting or just banging some steel at the range. These fun, lightweight modern sporting rifles offer something for everyone.