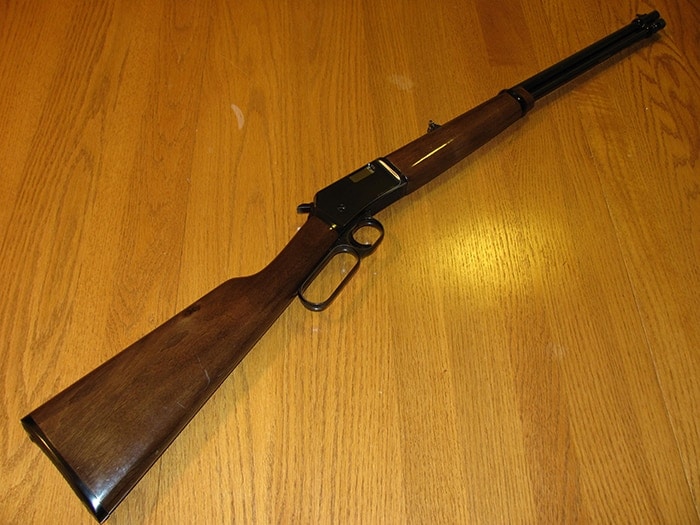 Leverguns are the best. I think this is a fairly well-established fact. It’s not because they’re the most accurate, easiest to use, or that they are uniquely available in the best cartridges. Actually, the reverse is true with all those points. They’re awesome because they’re fun to use. If cranking a lever rifle’s action doesn’t make you smile, you’re either in a terribly serious “tactical” YouTube video with a lot of black polymer and morale patches or an inhuman monster.

Leverguns have advantages, sure. They’re self-contained units that don’t require you to remember magazines. They’re typically short and light. They handle quickly and are fast to shoulder and aim. But in just about every other category they fall a bit behind more modern, “practical” designs except for one of the most important—pleasure. However, the joy of shooting lever rifles can be offset by the cost of ammunition, as every time you crank the lever you might as well hear a cash register opening or your significant other asking why you’re levering away your children’s college education. 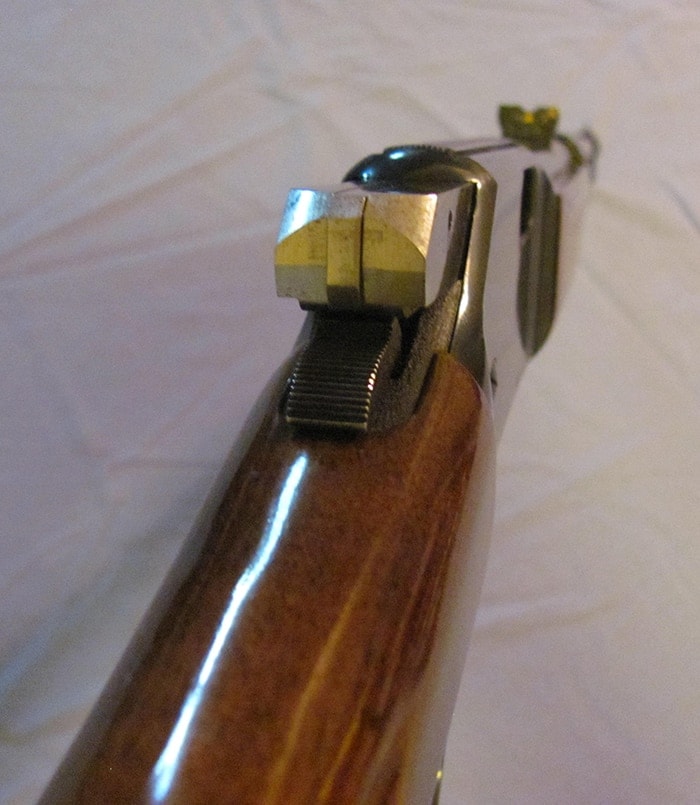 Fortunately, the BL-22 rifle from Browning offers all the fun and practicality of a lever rifle without the cost of .30-30 blasting sessions. Whether you’re showing somebody how to shoot for the first time, stalking squirrels and rabbits, or hosing pop cans, the BL-22 takes many of the best traits of a levergun and magnifies them, while going easy on ammo costs for more money up-front.

The BL-22 appears to be a typical lever gun that’s been hit by a shrink ray. Ejection port aside, it has a classic appearance, just smaller than usual. Aesthetically, this rifle is pleasing. Don’t let my scratched-up example color your view; out of the box these are very good-looking rifles with superb, even bluing and lacquered wood stocks. The fit on my rifle is excellent with tight matings of the forend and stock. While the BL-22 is certainly expensive compared to some of it’s competitors, I also think the quality difference is evident on a visual inspection both in the much nicer finish, quality of parts and assembly. 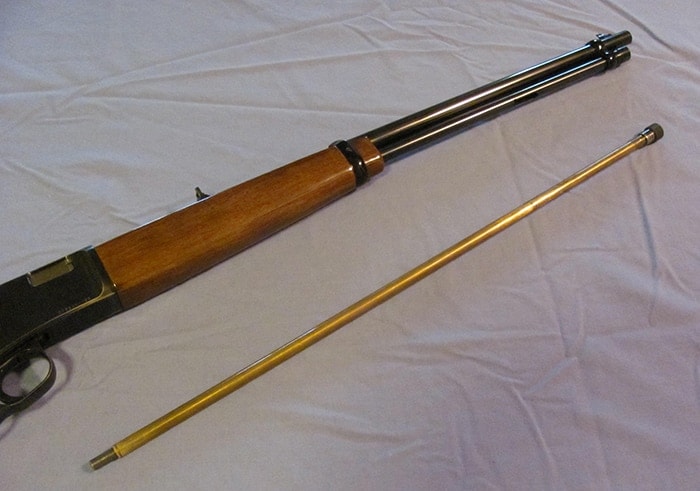 At an adorable 36 3/4″ total length and only 5 pounds, even children have no problem carrying and shooting it. For users over ten years old, the weight savings translate into a very comfortable field gun for going on deep forays into squirrel territory.  It’s not thick at the receiver either.

The rifle feeds ammunition out of a tubular magazine running below the barrel. Unlike larger leverguns, there’s no loading gate because it would likely pinch your fingers off trying to load tiny .22 rimfire rounds. Instead, on the bottom of the magazine there’s a cutout conveniently shaped like a rimfire round to feed the tube magazine. It will accommodate fourteen .22 LR cartridges, which feels generous when in use. 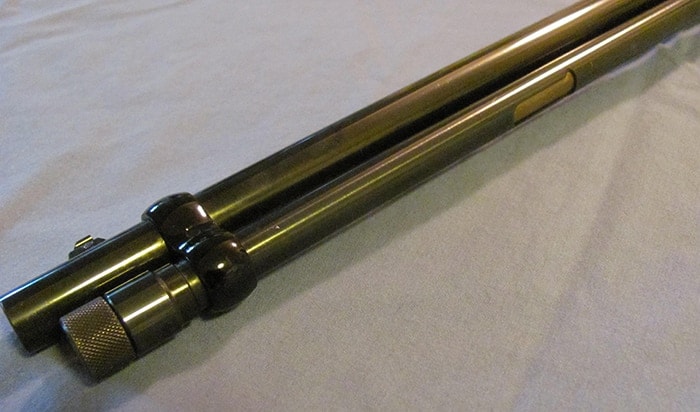 Despite all these redeeming elements, it’s worth noting this rifle is also barebones as they come. It doesn’t have sling swivels. The sights are basic open sights with a fold-down rear leaf and a black front bead. The rear sight is adjustable for elevation but the range is pretty limited. The receiver also isn’t drilled and tapped for mounting optics. While putting a big optic on this sleek package might seem misguided, I could certainly see the utility in a small red dot or a low-magnification scope on it, and that’s going to require a trip to the gunsmith. 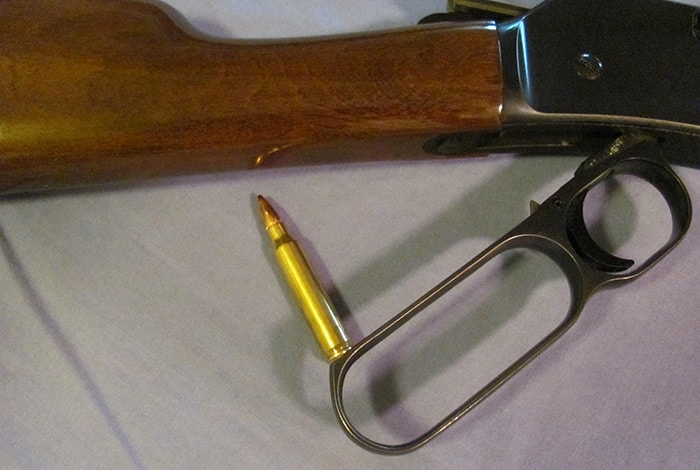 The biggest downside of the BL-22 is the price. The rifle is available in multiple grades of finish, each progressively more expensive. And it isn’t exactly cheap at the bottom tier, running a MSRP of $$619.99. Compared to competition like Henry rifles running $300 to $400, that’s a substantial difference. Having owned and used both rifles quite a bit, I can say without a doubt that the Browning is a superior firearm. Despite it’s compact and elegant appearance, it’s also tough as nails. The build quality is clearly higher on the BL-22 and everything feels sturdier and tighter. Still, it’s a lot more money for upgrades that don’t necessarily make a more accurate or reliable rifle.

Impressions in the field 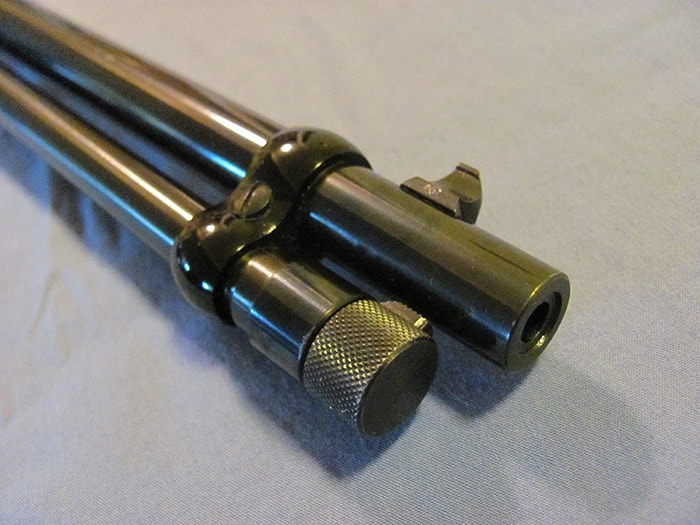 BL-22 is great for all-around use. For me, it’s mostly a recreational rifle, but has started to jockey for position as my primary small-game rifle against my Marlin 1894C. In both these roles, it’s seen most of it’s use shooting within 30 yards and being fired offhand standing. The rifle is pretty much perfect for these applications.

One of the big upsides is ammunition considerations. This rifle will shoot shorts, longs, and long rifle .22 rimfire cartridges, and likes just about any type—high velocity, copper-plated, and any number of derivatives you can think of. Certainly, different ammo turns out different performance. I’ve used plenty of rounds in mine but the general principles are the same as most rifles. To shoot smaller groups off a bench, premium ammo helps. For most of the shooting I see this rifle being committed to, you’ll be fine with bulk ammo. Even bricks of stuff your 10/22 won’t digest, this will happily scarf up and take seconds.

The BL-22’s trigger is very good, with no take-up and a clean break at about 4 pounds. Worth noting is a lack of a safety, so carrying half-cocked is recommended. The travel distance of the hammer is short, it’s quiet, and it’s easily thumbed back when your prey is in sight. 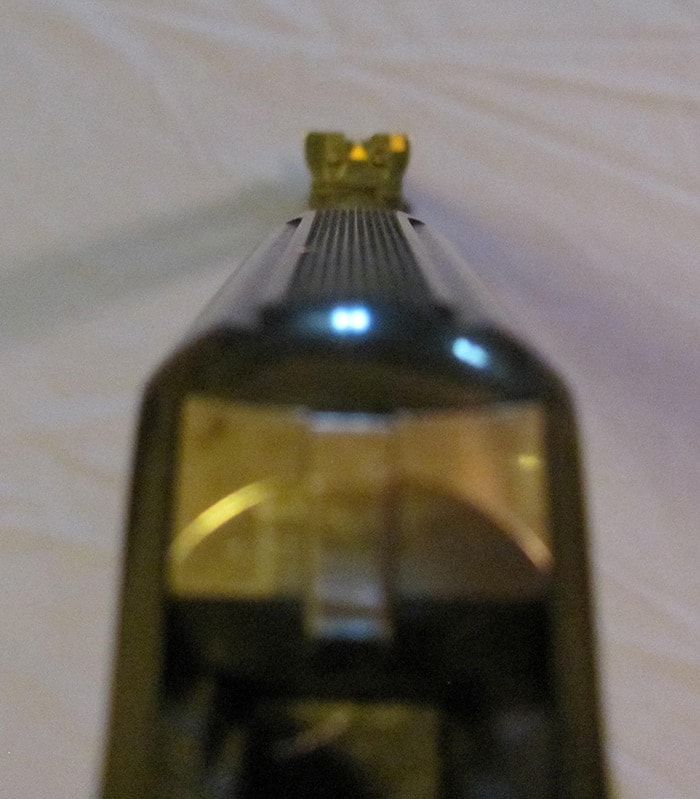 Sights are basic, a no-nonsense affair but actually rather clear for this type of iron sight. They’re passable. Painting the front sight with a fluorescent dot or gold bead helps it stand out a bit, especially when shooting in shadowy forests against a dark background. Adding a small reflex sight or scope wouldn’t hurt for sniping wary squirrels, though.

In terms of mechanical accuracy, this isn’t a benchrest rifle but I think it’s perfectly adequate for practical use. I can get a two and a half inch group at 50 yards using open sights on a rest with bulk ammo. Many reading this could do better. If you’re looking for a rimfire laserbeam, the BL-22 is the wrong choice. It’s thin, short barrel, lightweight and rudimentary sights just aren’t suited for super-precise shooting.

In the mechanical reliability and maintenance department, this gun is awesome. The tiny casings are ejected with authority and the throw of the lever is only about 2 inches, meaning very satisfying rapid-fire rifle is possible with a flick of the fingers. I’ve yet to get a casing stuck in the gun anywhere.

On top of this, cleaning the gun is pretty easy and it contains it’s messes to the barrel and small section of the receiver quite well. The only issue some may have is that you have to use flexible rods or clean from the breech. Also, when doing a full tear-down, reinstalling the extractor spring can be a bit of a pain, but that should hardly dissuade anybody but those with the fattest of fingers from buying this firearm. 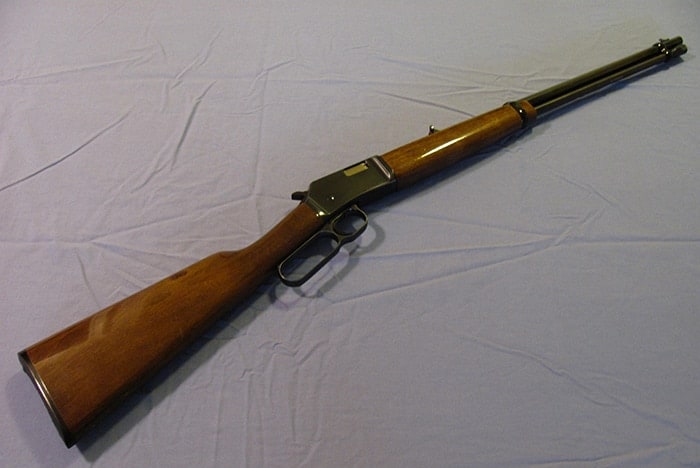 The BL-22 is an expensive entry among many more economical lever guns. (Photo: Andy C)

I have very little negative to say about this gun. It’s easy to use, pretty, quite practical, works wonderfully and instills a bit of pride of ownership because of that combination of positive traits.

On the downside, it’s expensive for such a rudimentary gun. There’s no bells and whistles here. You’re paying for the craftsmanship of its fit and finish, not high performance or modern technology. To some people this is understandably a deal-breaker. Cheaper lever-action .22 rifles are readily available that have roughly compatible performance; and for this price new, you could buy two perfectly serviceable rifles like Marlin 795s.

Overall, that’s the kind of decision a review can’t make for you. It’s one thing if a gun is constantly failing to function, falls apart, or shoots terribly. It’s another if the primary reason not to buy a gun is because it’s expensive for being refined. That’s a choice I can’t have much input on.

Ultimately, for what this rifle costs, I’d argue it’s worth the price tag. It’s beautiful—even my own scratched-up rifle. I’ll be happy to pass it on to younger relatives as they enter the shooting sports. Above all else, though, it’s incredibly fun to use. It’s fair to balk at the price tag, but to me .22 rifles are the firearms I shoot the most for pure recreation so it makes sense to invest in a high-quality one I really cherish. The BL-22 has absolutely earned that spot in my gun safe as my favorite rimfire rifle.