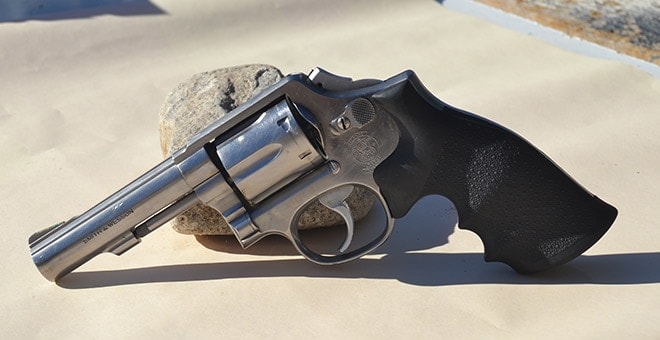 Smith & Wesson Model 64 CTG revolver in .38 S&W Special. Bought used, this turned out to be a NYPD model and looked to be hardly fired. (Photo: Mike Garman)

When purchasing firearms, I think used guns are often good options (however, ask the “new or used” question on any gun related forum and you’re sure to start an argument). So when my friend Tara decided she wanted a revolver for her growing collection, it was off to the Small Arms Review (SAR) show to see what we could find. The goal was to find the best deal we could on a 4” magnum or SPL in stainless with a budget of $350. 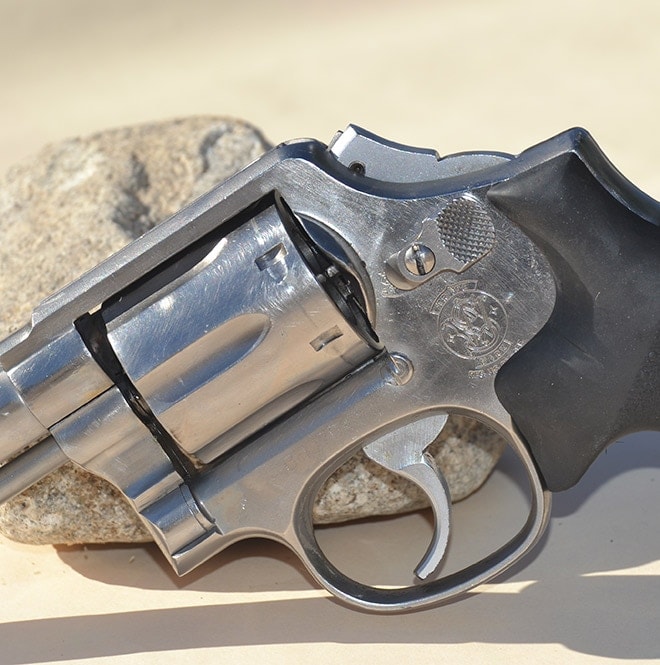 The SAR show is held yearly at the Arizona State Fairgrounds and is a huge show, with , dealers and private parties in attendance. I’ve never failed to find a deal here. After many hours wandering the aisles we found a small dealer with a Smith & Wesson model 64 in polished stainless. This revolver is in .38, sports a 4 inch barrel, Hogue grips and a bobbed hammer making it double action only (DAO). Doing a quick inspection revealed mostly cosmetic problems with worn grips and holster wear on the barrel and cylinder. In contrast, the bore was bright and clean with hardly any wear. With a price tag of $299 it was too good to pass up.

A detailed inspection didn’t turn up any surprises but we did find out a couple of interesting factoids about this particular gun. Stamped on the cylinder yoke cut-out was MOD 64 and NY-1. After a search of the Internet we found that this was one of 5,479 guns delivered to the New York City Police Department in the late 80s and early 90s. 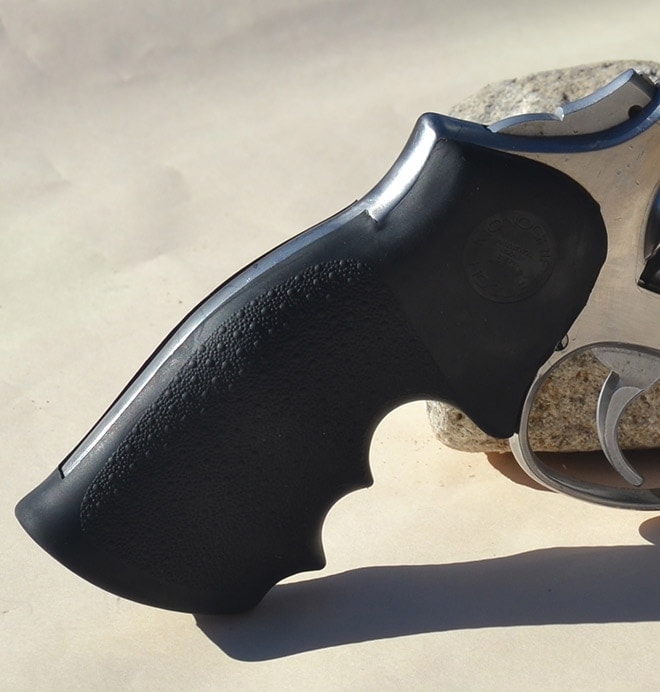 As I mentioned earlier the wear on this revolver is cosmetic and it’s clear that it spent most of its life in a holster with scuff marks and worn areas where it rubbed against leather. In the 80’s a lot of police departments only required its officers to qualify with a firearm once a year and the condition of the barrel and cylinder on this revolver I can believe this was the case with the NYPD.

One of the oddities of this Smith & Wesson is the bobbed hammer which makes this DAO. Because of this, trigger pull is very heavy but certainly manageable even for a woman with small hands. Changing the Power Rib Mainspring will help reduce the heavy trigger pull and is a fairly minor bit of gunsmithing. 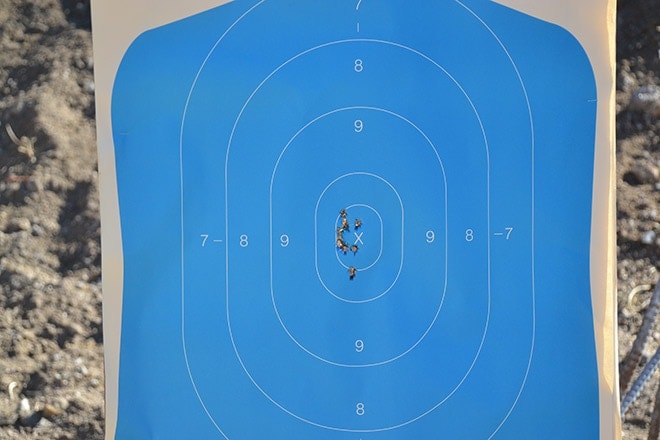 Testing at the range revealed that I really did get a bargain on this gun. (Photo: Mike Garman)

A weapons caliber is another one of those things that is sure to start an argument. Chambered in .38 S&W Special this revolver is a good compromise between stopping power, recoil and cost. One thing to note is that the S&W cartridge and the S&W Special cartridge are not the same thing and are not interchangeable.

Shooting this Model 64 is a joy — because of the weight the recoil is easily manageable. As mentioned before, the trigger is very heavy but does not have any slack in it. It has a nice clean break and, with a little work, it could be much better.

The sights on this revolver leave a lot to be desired with a groove on top of the receiver and fixed blade on the barrel making proper sight alignment difficult for me at distances over 15 feet. But for home defense distances they are just fine.

At $299 used this is an excellent revolver for both new and experienced shooters. With Smith & Wesson quality and lots of replacement parts available, this Smith & Wesson Model 64 is a great value and will provide many more years of service.