Is the Ruger Blackhawk revolver the ultimate survival gun?

Don’t let the classic lines of the Blackhawk fool you, this weapon is every bit as dangerous as any modern offering. (Photo: David LaPell)

The Ruger Blackhawk has been in production for nearly six decades. This classic six-shooter is a mainstay of the single-action revolver world, doing what other handguns could only dream of.

When Bill Ruger conceived the Blackhawk the western was king on the small screen, and he envisioned a single-action revolver with classic lines like a Colt Single Action Army, but with modern improvements like adjustable sights and a coil spring instead of the traditional flat one.

The Blackhawk is engineered to take everything thrown at and it has done so and more in a variety of calibers from .357 to .44 Magnum and .45 Colt. So in this age of bug out bags, truck guns and emergency preparedness for everything under the sun, there are good reasons to bring the Blackhawk along for the ride.

The Blackhawk is one of the strongest handguns on the market, especially in its price range. In .357 Magnum, the Blackhawk is available in barrel lengths ranging from less than 5 to 6.5 inches. This wide range of length offers hunters a relatively compact, reliable hunting platform capable of taking all manner of small game and smaller whitetail deer. Even better are the convertible versions of the Blackhawk.

These offer buyers increased versatility by allowing them to shoot both .357 Magnum and 9mm parabellum by simply changing cylinders. In the .45 Colt version, shooters get another cylinder for .45 ACP, giving them a wide range of options of ammunition for under $700. Additionally, Ruger offers the Blackhawk in hard hitting .41 Magnum, .44 Special and even .30 Carbine. 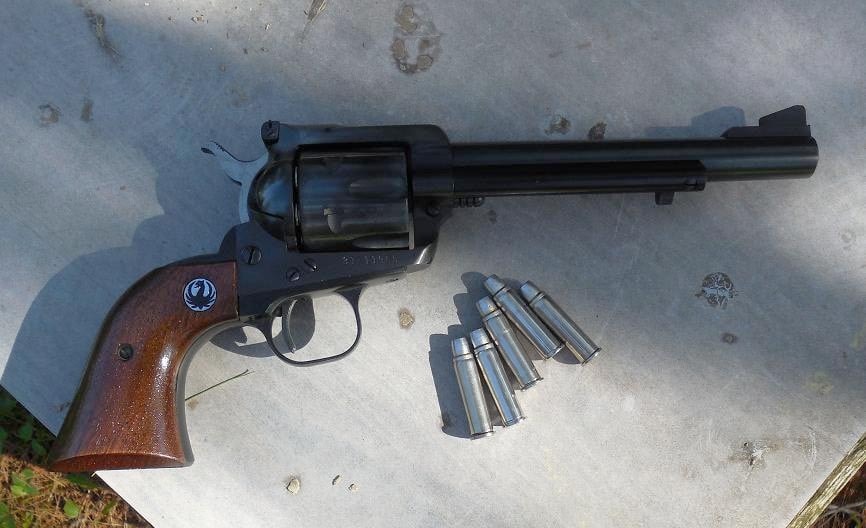 The Blackhawk design is renowned for it’s rugged construction and ability to withstand all but the most negligently-loaded rounds. (Photo: David LaPell)

So what else makes the Ruger Blackhawk the go-to gun if the world takes a nose dive into the porcelain throne? At the top of the list is the Blackhawk design’s strength. In the .357 Magnum version, it can take any factory load on the market and more than one reloading manual has a “Ruger only” section to separate the contenders from the champ.

This goes for the other offered calibers as well. Much like the Ruger GP100 revolvers, the Blackhawk continues to work in nearly all conditions.

Where other guns will wear out and require parts to be replaced, the Blackhawk keeps kicking. Something to keep in mind if shooters believe in long term chaos and mayhem, since it won’t be so easy to get to a gunsmith when they’ve all been put out of business permanently.

Though this still begs the question, why would anyone pick a handgun like the Blackhawk over a good rifle? One thing that must be considered in a survival situation is discretion. A rifle might be great for better firepower but it isn’t so hot when you mix in with a crowd. Nothing will draw attention faster than a rifle even slung over one’s shoulder. Not such a good idea when trying to stay out of everyone’s way. A Blackhawk with a 6.5-inch barrel is much easier to conceal than even the smallest carbine. 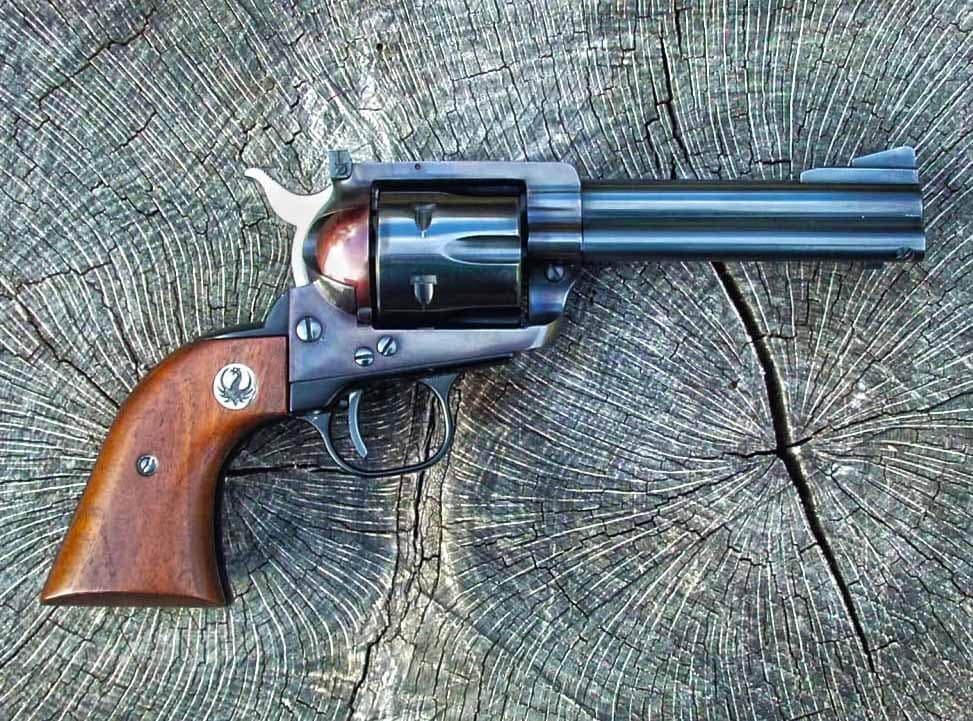 The Blackhawk is a beautiful beast. (Photo: David LaPell)

Alright so the Blackhawk is tough and easier to conceal. What else does it have going for it when the proverbial excrement hits the rotating blades? I have yet to see a Blackhawk that isn’t inherently accurate and they are one of the easiest handguns to shoot, even for an amateur. No gadgets, just simplicity in itself — and with that simplicity comes ruggedness. This durability makes the Blackhawk the perfect gun for the job of keeping you and yours, fed and safe if the world goes bonkers.

Let’s face it, most of the delusions of grandeur of one person facing off against a mob of unruly scavengers is really just the thought of some Hollywood director. In reality, the person trying to survive in a world gone wild will be better served by trying to escape and evade rather than make an Alamo-like stand. In a bug out situation when there is no backup in the foreseeable future, shooters should only to fight when all other options have failed.

If owners of the Ruger six-gun keep those thoughts in mind, than any limitations the Blackhawk might have in ammo capacity or rate of fire tend to be washed away. In the long run, the best weapon is one that never fails and lasts through hard use and abuse.

The Blackhawk is one such gun.