Last of the affordable war-trophy pistols, the Beretta M1934 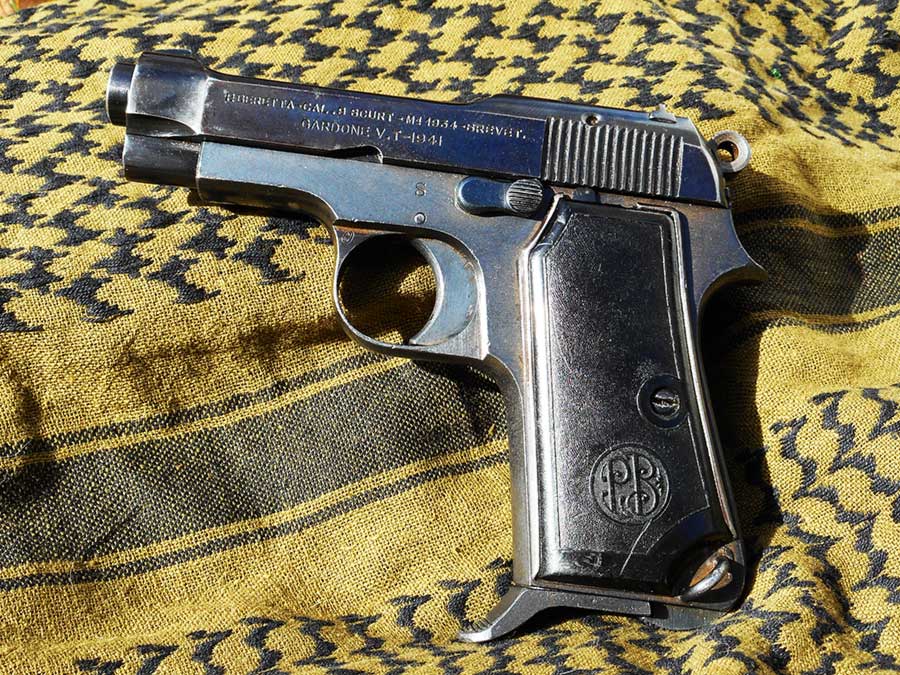 Necessity and desperation are the mother and father of innovation. For Beretta in the early 1930’s, Fabrique Nationale was the source of the latter of these two driving forces. Dominating the European market with their Browning-designed handguns, FN was synonymous with pistols. The other side of the pond didn’t look great for the Italian stallion either, since Colt and S&W were the overlords of the American pistol market.

To make things worst, Walther just introduced what would become their most popular design ever, the PP and PPK handguns. Adding insult to injury, Italy’s military was showing interest in the design. Beretta needed a ringer to get them back into the handgun market, and they needed it yesterday.

Beretta hadn’t designed an original handgun since the introduction of its modelo 1915, which by the 1930s appeared antiquated compared to German and Belgian designs. Thankfully the Italian military wanted to keep its weapons production domestic. In charge of the majority of Italy small-arms production, Beretta knew they couldn’t survive by building military rifles and sub-machine guns alone. So at the bequest of the Italian government,  they developed their own little handgun, the M1934, exhibiting the exposed barrel characteristic of future Beretta designs. 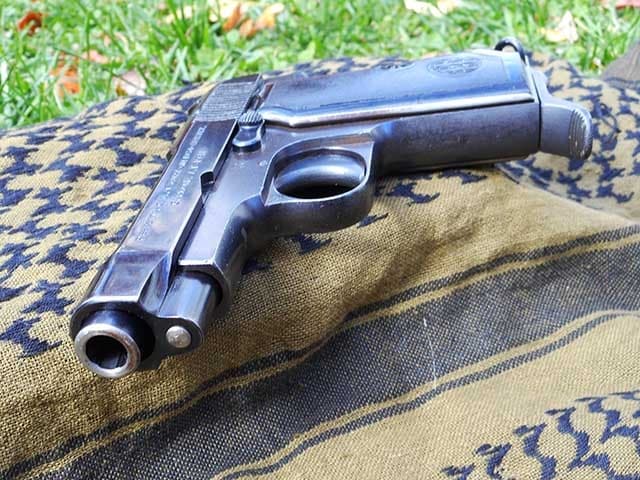 Chambered in .380 ACP, the handgun is anemic by modern standards, but was considered quite powerful at the time. It enjoyed popularity among officers and soldiers alike. So much so, that the Italian Army would continue issuing the M1934 until 1990, long after the Navy, Air Force and Carabinieri had switched to the M1951.

The appearance of the M1934 is pure Beretta, with its distinctive open top slide and Italian curves. Finished in polished blued steel, the M1943 wears a pair of checkered black plastic grip panels adorned with the Beretta emblem. Typical of European designs of the era, it features a heel magazine release to prevent soldiers from accidentally dropping magazines.As with many older Beretta handguns, the magazine features the Beretta Spur to give the shooter a greater level of control. The M1934 almost looks like an antique, snub-nosed Beretta M92 pistol.

As with all surplus military weapons, check the bore before purchasing. Military pistols were used hard and maintenance often had to be postponed. Other pistols were brought back home by returning servicemen, and simply stuffed into the back of a closet or desk, and never maintained.

Most direct blowback pistols are easy to carry, reliable guns. Initially shooters will wonder why they aren’t more popular, at least until they pull the trigger. The snappy recoil makes lengthy shooting strings torturous. Popular blowback weapons including the Walther PPK and the CZ-82 both suffer from this. However, the M1934 is different.

Unlike other blowback pistols where the barrel also serves as the guide rod, the M1934 has a separate guide rod and recoil spring. Having shot such snappy little pistols such as the Walther PPK, CZ-82, and Browning M1910. I can safely say that the Beretta M1934 is the most comfortable pocket gun to shoot.

This is due two two distinct Beretta design features. The first and most obvious one is the weapon’s open slide design. This means the slide weighs less and thus has less mass traveling rearward during the operating cycle. The second has to do with the aforementioned guide rod. Since the barrel isn’t wrapped in a recoil spring, it can fit tighter to the slide and lower to the frame. Thus lowering the bore axis to be more in line with the shooter’s arm. 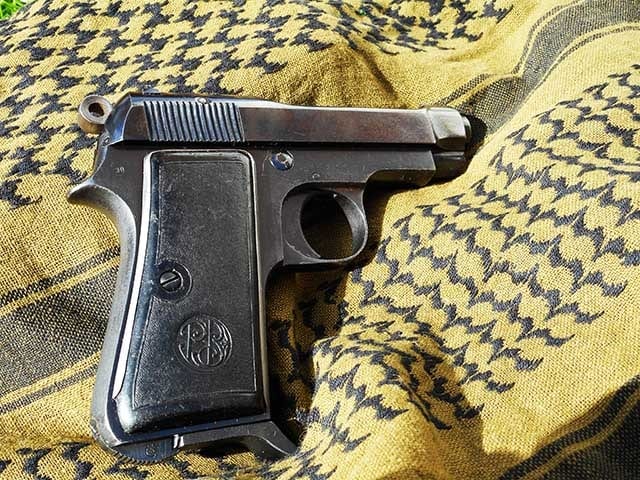 In 1934, very few weapons had ambidextrous controls, the M1934 is no exception. (Photo: Francis Borek)

Unlike the safety of a M1911, placed where most shooters can easily reach, the M1934’s safety is placed in front of the grips. Additionally, it must be rotated a full 180 degrees to go from safe to fire. Clumsy and slow, it demonstrates the designers lack of experience shooting handguns.

Despite its design quirks, the Beretta M1934 is a good shooter. Its recoil-taming weight and design coupled with a crisp single action trigger make it a joy to fire. Despite its old age, the M1934 still works great. Designed before the days of hollow point ammunition, the M1934 functions best with FMJ cartridges. In testing the Beretta had no problems with reliability, and managed to keep its shots in a four-inch group at 15 yards. Not bad for being over 70 years old. 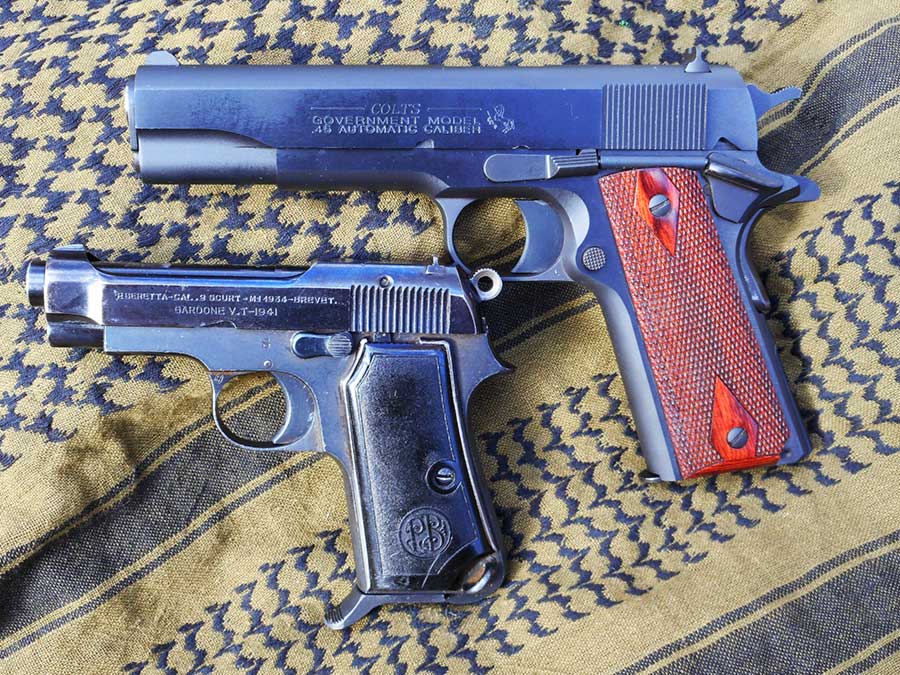 Compared to the standard issue sidearm for the US Military, the M1911, the M1934 looks miniscule. (Photo: Francis Borek)

The Beretta M1934 is an enjoyable, handsome little gun, but its manual of arms makes me reluctant to recommend it as a concealed carry piece. However that’s not a reason to pass one up when in the used handgun case. Today, where genuine war veteran M1911 handguns, M1917 and Victory revolvers are in the four-digit range, the Beretta M1934 represents a tremendous value.
This example was purchased for $299, and many others can be purchased around the same price. While more desirable variants can push $500 and up, common examples are much cheaper for shooters looking for a neat little shooter. That is where this pistol excels. Buy one and enjoy it for what it is; a nice piece of history that shooters can afford and still shoot.