The Colt Walker: The revolver that saved Colt

The Colt Walker is a monster of a handgun, a hand cannon if you will.  Developed for the U.S. Army around 1846, it is considered by many to be the first magnum revolver. But more importantly it’s the gun that saved Colt. 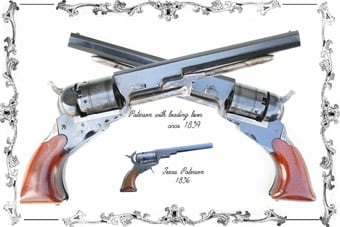 However, to better understand the Colt Walker, we have to take a step back one decade when Colt developed the first commercially available revolving pistol in 1836 with the 36-caliber five shot Colt Paterson, named for the New Jersey town in which it was produced.

The Paterson was a huge step forward in pistol design at a time when most firearms where single shots.  It was however rather delicate and even with its innovative five-shot cylinder it was not a powerful weapon.  By the time of the Mexican-American War there was a desire for a much more durable and stronger weapon using the Paterson design for mounted troops.

Capt. Samuel Walker, having served with the Texas Rangers and the U.S. Army, was well versed with the Colt Paterson and the need for something bigger.  In 1846 he corresponded with Colt to develop a new larger and the more powerful revolver that became his namesake: the .44-caliber Colt Walker.

In return, Walker’s ideas were met with enthusiasm by Sam Colt, who saw the potential in the request, and they both got what they wanted. Ultimately Walker got a more powerful revolver and Colt got something even better, the government contract that he so desperately needed to save his failing company.

The Walker was designed by, and for mounted troops.  It was meant to be carried in holsters mounted on a saddle, not carried on a waist belt.  The final design measured 15.5 inches and weighed in at about 4.5 pounds.  Loaded with 142-grain bullets backed with 60 grains of black powder, the Walker was truly the first magnum (for a quick comparison the 45 Long Colt uses a maximum of 40 grains in its original black powder load).

Like many handguns of the time the Walker was single-action. It was equipped with a nine-inch barrel and the cylinder could hold six shots. With a muzzle velocity of approximately 1,100 to 1,200 fps is slightly less than a mild .357 Magnum load out of a four-inch barrel and it was designed almost 100 years earlier.

There were only 1,100 Walkers ever made and the U.S. Army bought 1,000 of them. The 100 left over were sold on the civilian market or were given as gifts by Samuel Colt. It is estimated that about 200 of these have survived making the Walker an incredibly rare and valuable firearm.  One sold at auction in 2008 for $920,000.

Because the Colt Walker is a rare and cherished antique it isn’t the best idea to shoot it (if you own one that is). There are many replicas for that. Right now, for about $400, the Uberti Walker will offer the most authentic experience. You’ll know exactly what it was like for Walker and his Rangers, well maybe not exactly, but you’ll know what it’ll be like shooting the handgun they carried. 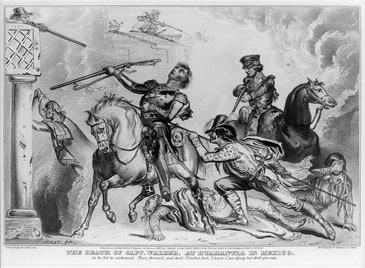 The biggest contribution the Walker made was to Samuel Colt himself.  In 1846 when the order for the Walker came in, Colt was broke, in debt and not manufacturing anything.  He even had to farm out the production of the Walker to Eli Whitney Jr’s company to complete the order.  The Walker changed the Colt’s Manufacturing Company; it saved it.

Although the Walker had a short life in service (as did Capt. Walker, who died in 1847), it did allow Colt to grow from there and to make more commonly known weapons and even flourish today.

Adding a Colt Walker to your collection is not going to be easy or cheap.  If, and that is a big if, one can be found it will carry a large price tag.  Would it be a good investment? Well, like all investments, it is a gamble.  There are only 200 or so originals around making it one of the rarest Colts. That alone should make the price continue to rise.

If my pockets were deep enough and I lucked into finding one for sale, I would pull the trigger.  Well, not the actual trigger, that’s what the reproduction is for.