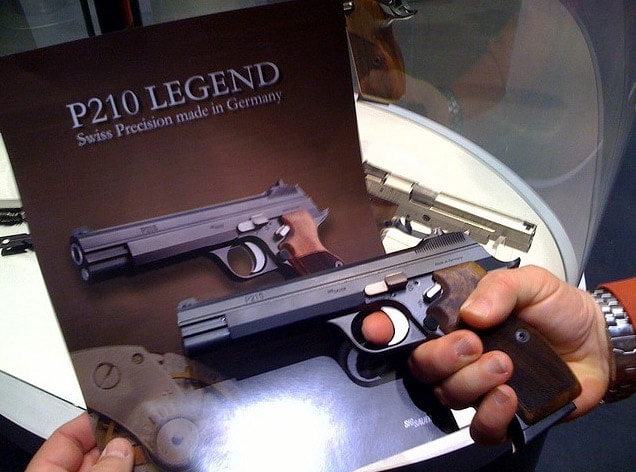 s the days wind down to the 2011 SHOT Show more good tidings come to us from Vegas, this time courtesy of Swiss gun gurus, Sig Sauer. In the minds of many, the Sig P210 is the Cadillac of semi-automatic pistols (and with the price-tag to prove it—Sig P210s are rumored to command no less than €4,000  in certain parts of Europe).  Though competing models such as the Glock 17 have to a large degree cornered the P210 away from its intended military and law enforcement audiences, LEO devotees still swear by the 9mm’s accuracy and straight from the factory reliability.

The P210 has not seen production for over five years now and has not been widely distributed in the USA for much longer.  All this has and is about change though.  2010 saw the re-introduction of the P210 to the European market in the form of a re-tooled model bearing the name the Sig Legend and, come the 18th of January, the Sig Legend will hit American soil. 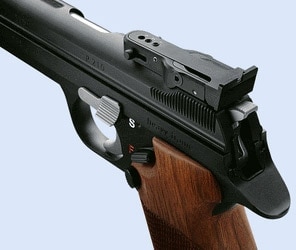 Much to the delight of purists, the Sig P210 Legend promises to look a lot like the Sig P210.  Chambered in 9mm it is still single-action.  The Legend will come in two models with the main difference being iron sights: the first model will use a post and notch drift adjustable sight (we’re guessing for point and click shooters) and the other model will feature adjustable target sights (we’re not really guessing for target shooters).

Both models have Sig’s black Nitron finish and manual safeties.  They will also feature what Swiss Arms AG (the proper name of the manufacturer and they aren’t even headquartered in Switzerland anymore) is calling a “US-style” magazine release, which means thumb operated. This is a departure from the classic P210 which used a heel magazine release.

Probably the biggest modification though, at least to our eyes, is a new rear target sight on the model #2.  This sight has a 3-position slider that adjusts for different target distances.  This means a shooter can quickly zero his or her gun for three distinct distances in seconds.  That’s pretty ingenious, and we wonder why more manufacturers aren’t toying around with the concept.

No word on a price, but as sure as the sun has a place in the sky this gun will not be priced to move.  We’ll be sure to get a look at it in a few weeks though and you can get a closer look at it from the source here.