The First Murder of a Monarch with a Firearm

On the afternoon of Tuesday, July 10th, 1584, Balthazar Gerard hid in a darkened stairwell, packing some serious heat.  Beneath his cloak dangled three wheel-lock pistols, primed and ready and stuffed with black powder and .50 caliber lead slugs.  Balthazar planned to use the firearms for a purpose that, until that moment, firearms had never been used: the murder of a monarch.

The 16th century marked the first time a plan such as Balthazar’s had become technologically feasible.  Until then, the only firearms were matchlocks – heavy, unwieldy affairs which could neither be concealed from view nor fired without a smoldering fuse, a fuse which burned at the mercy of the elements and which gave off a tell-tale whiff of smoke to any nearby sentient target.  The wheel-lock, in contrast, could be fired completely mechanically, rendering it almost independent of the elements and allowing for the production of the world’s first reliable pistols. 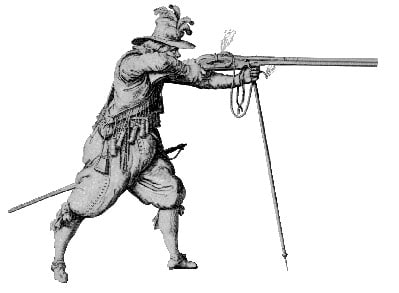 The mechanism worked in much the same way as a modern lighter.  In place of one’s thumb, an internal spring, coiled by a spanner, would rapidly spin the wheel at the pull of the trigger, bringing the serrated steel along the wheel’s outer edge into contact with a piece of pyrite held in a vise.  The resulting sparks would ignite the powder in the pan which, in turn, would ignite the charge in the breech, propelling a .38 to .75 lead slug out the muzzle with deadly force up to a range of about twenty yards. 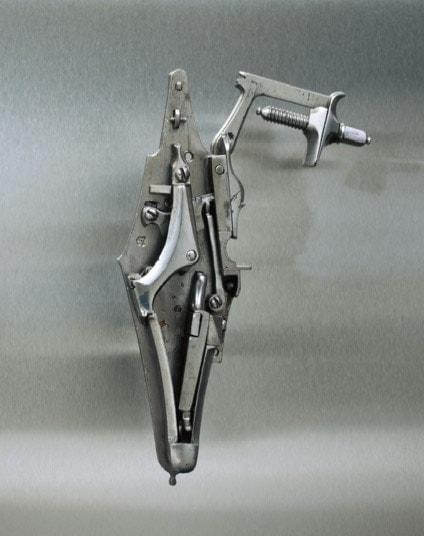 Depending upon whom one asks, the mind behind this innovation was either some German mechanic or Leonardo da Vinci his sweet-genius-self.  However, regardless of who it was, indisputable is when it was: the first decade of 1500s.  There were early glitches – unreliable springs and the annoying tendency of barrels to explode if too much powder were packed in the breech – but, by the time Balthazar crouched in the corner of the stairwell, those bugs had been worked out; Balthazar could rest assured that his pistols would fire when his intended target ascended the stairs on his way to his royal nap. 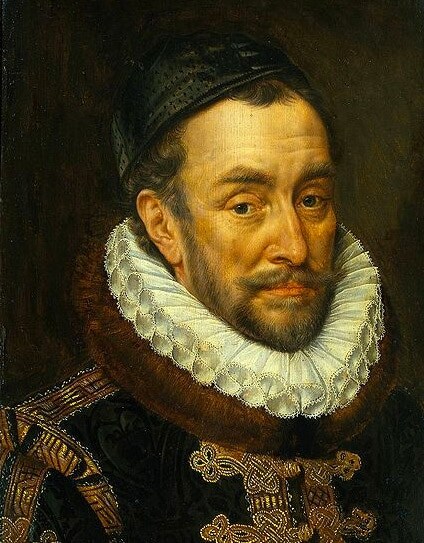 Balthazar could hear the servants removing the dishes.  Lunch was over.  His heart pounded as he pressed into the shadows and reminded himself of the supreme justness of his cause.  William the Silent, the man in whose home Balthazar now hid, led the Dutch Protestants’ revolt against Phillip II of Spain, the Catholic head-honcho of the Holy Roman Empire and the man whom the twenty-three-year-old Balthazar idolized.  Decreeing William the Silent “a plague to Christianity and a pest on humanity,” Phillip II had placed a 25,000 crown reward on his head and Balthazar had come to serve his sovereign will and cash in big time. 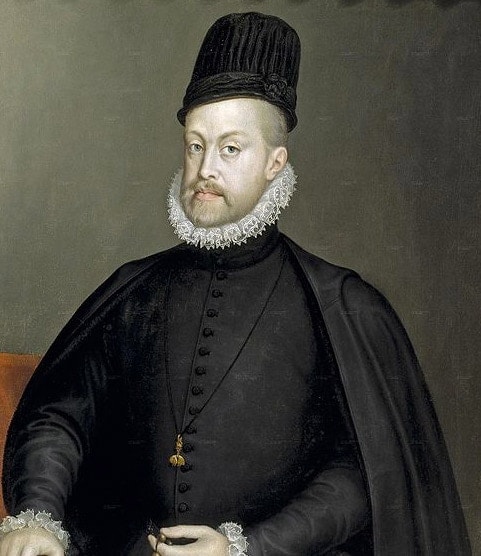 Or so was the plan and, from Balthazar’s point of view, it must have seemed that God was smiling upon it.  Not only had Balthazar tricked his way into William’s household disguised as a Protestant messenger, but, just the day before, William had given the young man 50 crowns for new clothes for church.  Instead, Balthazar had used William’s money to buy the pistols. 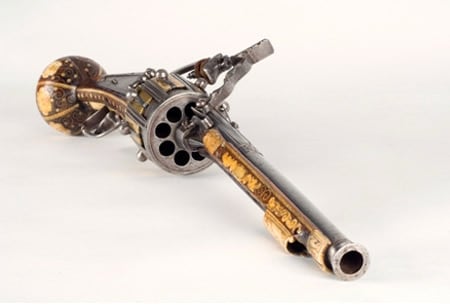 From both eyewitness accounts and the physical evidence, Balthazar discharged three shots.  The first tore into the fifty-one-year-old’s chest, inflicting a mortal wound.  The second and third tore into the wall next to where William lay slumped, poking a pair of gaping holes in the masonry that remain there to this day. 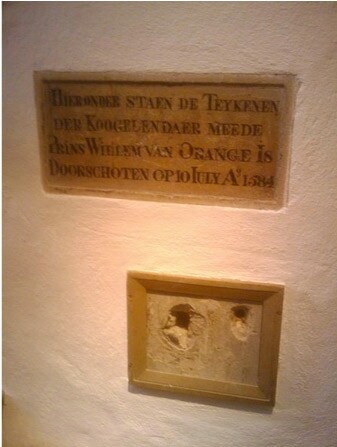 As for Balthazar, his escape plan never materialized.  Chased down by William’s furious guards, their rage made all the more apoplectic when it was realized the pistols had been purchased with the very money the victim had charitably given the assassin for church clothes, Balthazar would soon face one of the cruelest executions in recorded history.  The Dutch, to quote contemporary parlance, got medieval on his ass.  I’ll spare you a litany of tortures, but, suffice it to say, the sadism of Balthazar’s execution merited a mention in Michel Foucault’s Discipline and Punish. And, although a violent act, Balthazar does merit a footnote in history: the first assassin to murder a head-of-state with a firearm.