.38-44 Outdoorsman: A Handgun for Hunting Deer (and Rum-Runners)

Recently handgun hunting has been gaining momentum in both the ranks of both Joe Whitetail and the North American hunting elite.  With all this renewed interest in large caliber, reliable sport pistols, it’s no wonder relatively obscure handguns are finding second life in this niche sport.  One such gun is the powerful and accurate .38-44 Outdoorsman, which was in fact one of the first handguns to be co-opted by hunters for the express purpose of taking larger game. 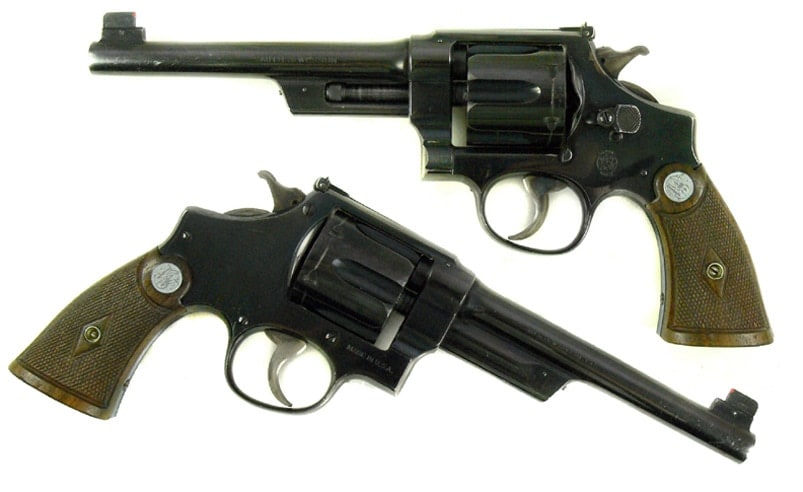 To understand the origins of the .38-44 Outdoorsman you have to travel back to a time when the US was trying fruitlessly to sober up—picture the roaring twenties.  The “coppers” are outgunned by a thug army touting BARs, Thompsons and all manner of back alley, Frankenstein guns.  Their standard issue .38 Special revolvers can’t penetrate the thick-bodied cars of the day.  Hell, they have just as hard a time penetrating the gangsters. Facing a losing battle, weary lawmen turn to America’s gun industry for answers. 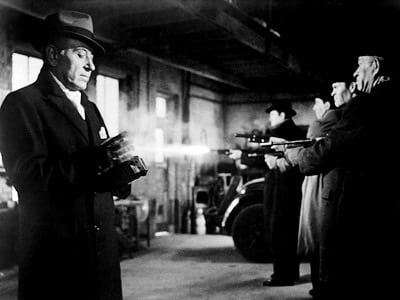 Colt furnished a solution by chambering their 1911 pistol in .38 Super, but Smith & Wesson took a manifestly different path. They instead took their .44 caliber N frame revolver and chambered it in .38 Special.   Introduced in 1930 with a 5-inch barrel and fixed sights they called this gun the .38-44 Heavy Duty. 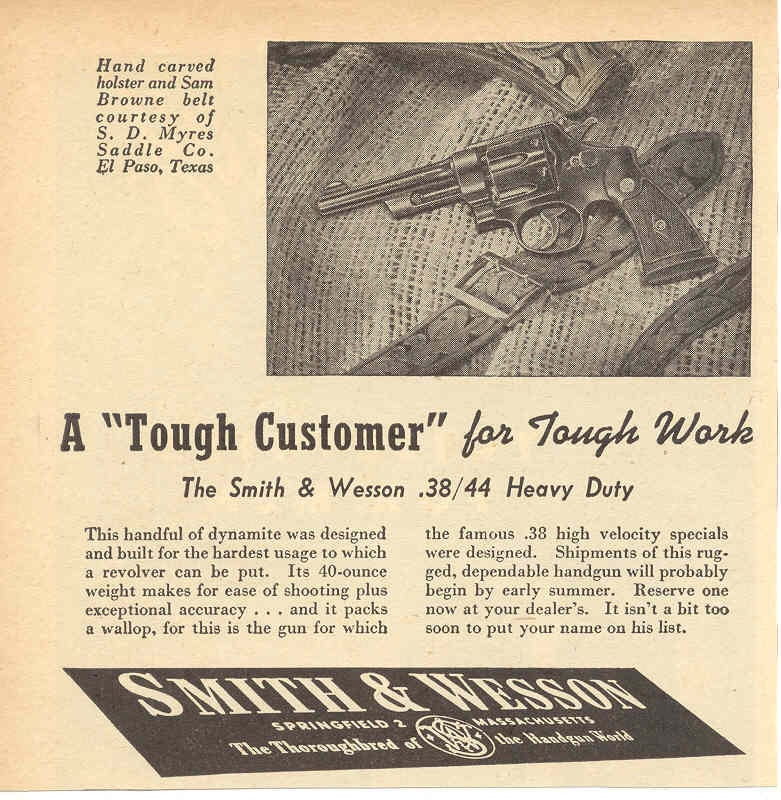 Remington developed a new .38 caliber load called the Hi-Speed to complement this fortified revolver. The Hi-Speed looked just like other .38 Special rounds but looks and looks alone was where the similarities ended. This powerful round launched a 158-grain lead bullet at 1,100 fps.  Compare that to the pedestrian 800 fps of the standard .38 Special. The new gun loaded with its new round proved a rousing success, capable of drilling holes in both bad guys and Buicks alike. 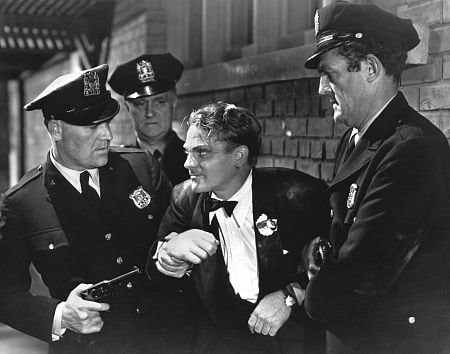 And as gangsters faded back into the shadows, hunters and sportsmen hijacked the new .38.  By 1931, Smith & Wesson, capitalizing on this newfound market, reintroduced the gun to America as the .38-44 Outdoorsman. 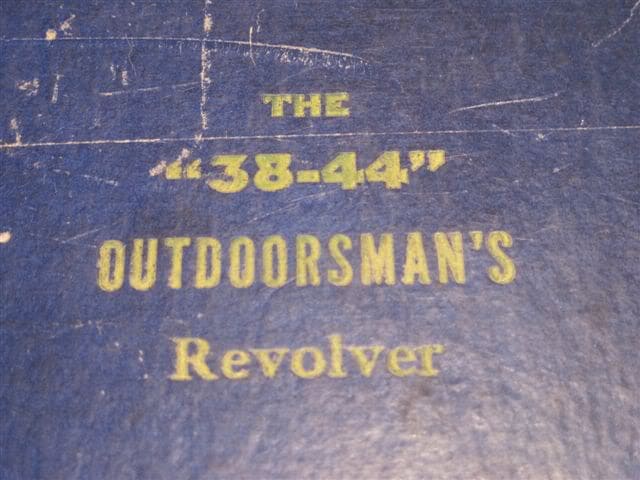 When it was introduced, the .38-44 Outdoorsman teamed with the Hi-Speed ammunition was the most powerful handgun on the planet. It came fitted with a 6 ½ inch barrel and adjustable sights making a loud and clear  statement that this handgun was, a) about accuracy and b) about power.  It was also the very first revolver to be fitted with the Magna stocks, which helped tame the recoil of the hotter rounds. 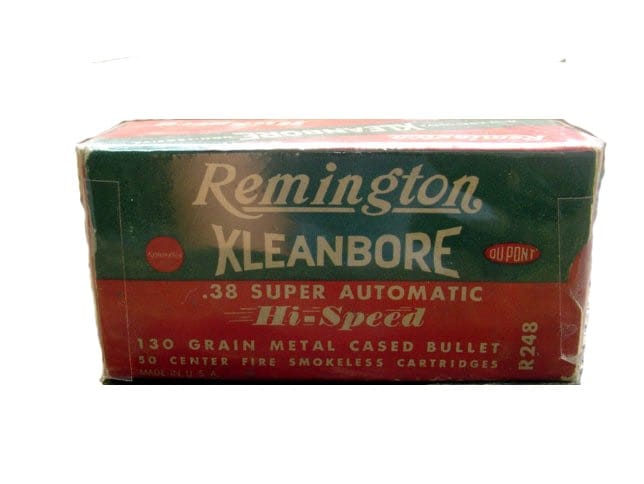 But possibly the largest contributing factor to its legacy was the fact that it quickly found favor amongst the early gun writers and handgun hunters of the day like Elmer Keith and Phil Sharpe.  Elmer spoke highly of the Outdoorsman in his book Sixguns on several occasions, including this excerpt about his encounter with a goshawk: 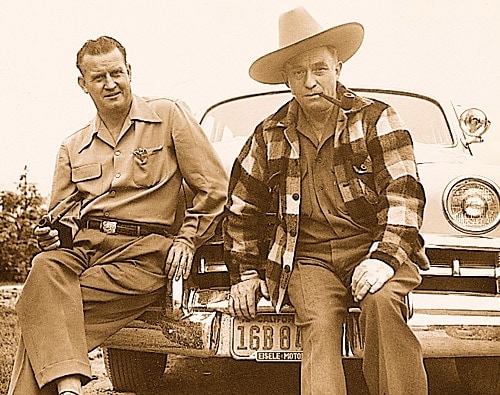 “I had a Smith & Wesson Outdoorsman and Remington .38/44 loads Doug Wesson had sent me. Rolling down the car window, I rested both hands out the window and held up enough front sight for 200 yards, perched the hawk on top that wide front sight and slowly squeezed the trigger. We heard the bullet thunk and the hawk rolled over.” 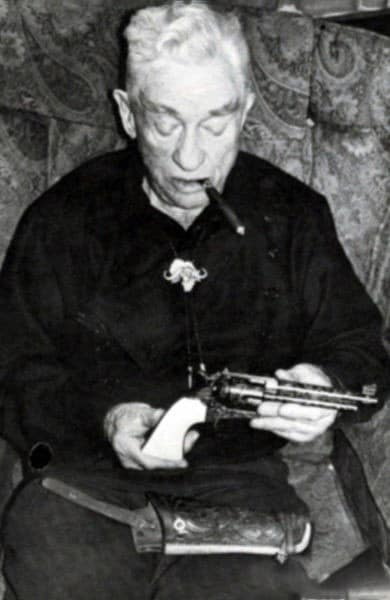 While such hunting practices might not be considered all that ethical today, the accuracy of the Outdoorsman was undeniable. Elmer though wasn’t satisfied with the factory ammunition and began handloading for the .38-44, even having Lyman commission a mould for a 173-grain semi wadcutter (mould #358429).  With this bullet the .38-44 proved to be more than capable of taking game up to whitetail deer and beyond. This mould is still available today and many bullet makers offer it as well as the 162-grain bullet in Lyman mould #358156. 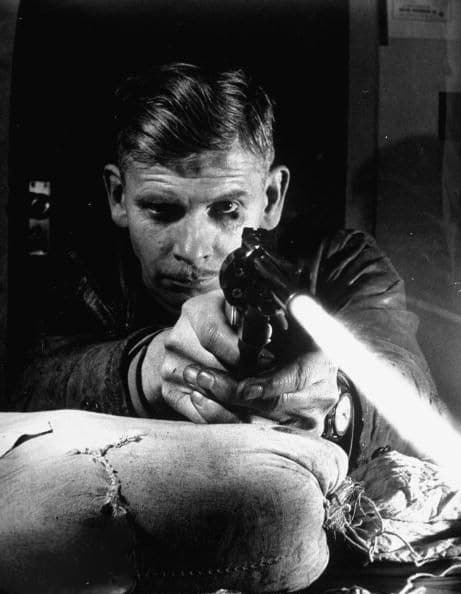 It was Elmer Keith’s and Phil Sharpe’s work with the .38-44 Outdoorsman that led to the development of the .357 Magnum in 1935. It was feared that one of the Hi-Speed rounds would find their way into a revolver not rated for it, so the .38 Special case was lengthened and the rest is history. 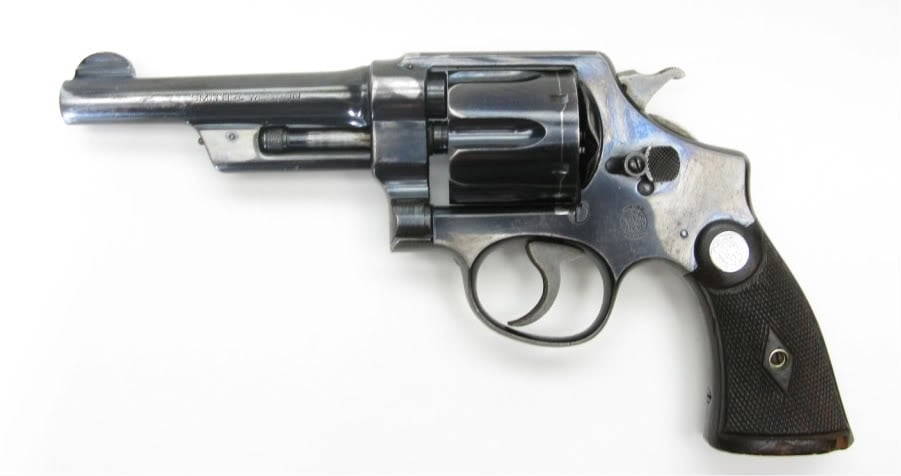 So did the .357 Magnum leave the .38-44 Outdoorsman in the dust? Hardly.  Both it and the Heavy Duty survived even after the invention of the .44 Magnum, remaining in production until 1966 before they were both retired. Today they are considered collectors items, but the Outdoorsman has an even more devoted following among shooters mostly because it is just as capable today as it was in 1931 of taking game all the way to whitetails. 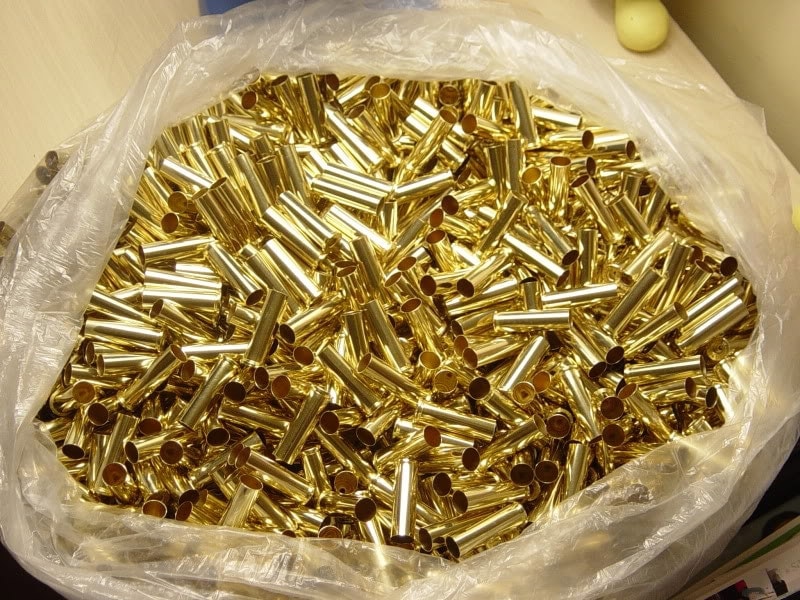 Unfortunately the factory .38 Hi-Speed ammunition went the way of Elvis Presley and the Edsel several decades ago so if you want to get the most of the .38-44 you’re going to have to handload. The good news is that .38 Special brass is often much cheaper than of .357 Magnum, making it a cheaper round to load and shoot, not to mention a 173-grain Lyman #358429 cast bullet behind 12.5 grains of 2400 powder will give you an average muzzle velocity of 1200 fps and that is not even “the most” you can get out of the gun. Compare this number with Federal’s .357 Magnum Vital-Shok: as advertised, its 180-grain bullet moves at about 1130 fps.  With the trinity of economics, power and history at its back, one can see that in the sweep of modern sporting handguns, there is still a place for  the .38-44 Outdoorsman. 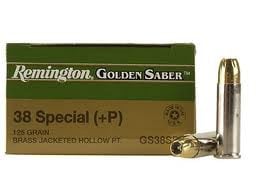 When loading for the .38-44, I prefer to use +P brass just to keep my loads separate from my standard .38 Specials. I also take a black permanent marker and add a dot to the primer once the round is loaded as a further step to keep them out of my lesser-framed guns.

While it should go without saying, I will say it anyway. These loads are not to be used in anything but N-frame Smith & Wesson revolvers like the Outdoorsman and the Heavy Duty or revolvers chambered in .357 Magnum. Remember that you are essentially dealing with .38 Special +P+ loads, and they need to be used appropriately. 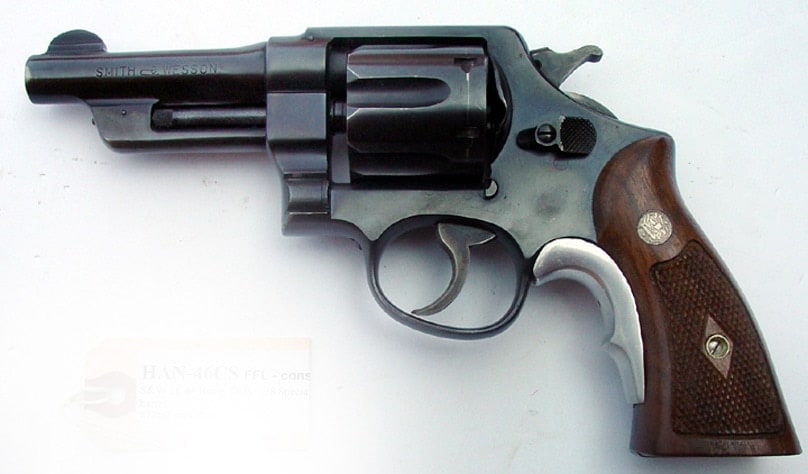 After only being in production for four years, the .38-44 Outdoorsman helped usher in the first Magnum handgun and still stuck around for another thirty-one. These remarkable revolvers can still be found from time to time, and with a little time and effort can be used for what they were designed for—killing North America’s most popular game animals. Just imagine being able to tell your buddies at camp that the whitetail hanging from the meat pole was taken with a .38 Special!