If you like modern reproductions of old guns and you happen to see a Winchester Model 71 this year, you’d better grab it.  There aren’t many of them, and they won’t be on the market very long.

According to the Blue Book of Gun Values, the Winchester Model 71 was introduced in 1935 and was manufactured only until 1957.  During that time, Winchester made only about 47,000 of them.

Like many of the old Winchesters, the Model 71 was a lever action rifle, with a 2/3 tube magazine that held four cartridges.  It was built on an improved Model 1886 frame, with a pistol grip stock, a 20- or 24-inch barrel, and a short or long tang.  It was chambered in only one caliber, .348 Winchester.

In the late 1980s and early 1990s, Browning made just a few Model 71s as part of a series of replica firearms designed by John Browning.  After that, it was never manufactured again……until early 2011.  That’s when Winchester Repeating Arms resurrected it for one of this year’s SHOT Show special firearms. 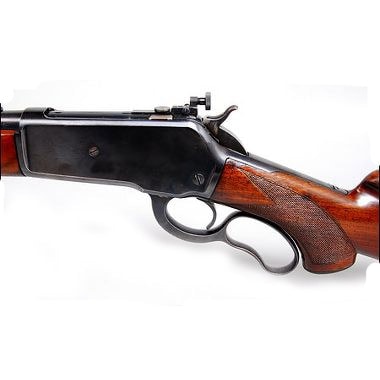 “The only place a customer is going to find that gun is from a dealer who ordered it at the SHOT Show in January 2011,” said Paul Thompson, media relations manager for Winchester Repeating Arms.  “It won’t be in our catalog.”

Every year, Thompson said, Winchester makes just a few special guns for dealers who go to the SHOT Show, which is the annual gathering of the entire shooting sports industry. 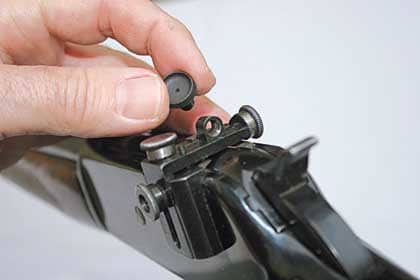 “We make only what we actually take orders for,” he said.  “It’s a one time deal.  We’ll make guns to fulfill the orders we took at the show and ship them, and that’s it.”

“That’s a special caliber that Winchester made for this gun,” Thompson said.

If you miss the Model 71 this year, there’s always next year: Winchester plans to make limited edition replicas of a number of classic guns in the future.

“We’re doing all kinds of old John Browning designs,” Thompson said.  “We did a Model 95 last year, and every year we’re going to do something special.  It’s something we do for the SHOT Show every year; we make special guns that can only be ordered there.”

The take home message is this: if you want some of these special guns, tell your local gun dealer to be sure he places an order for them when he goes to the SHOT Show.  The show is held in January each year, so you need to start nagging your favorite dealer about the first of November.  Check the Winchester website to see what the special SHOT Show gun is for the year.

Meanwhile, keep your eyes open for an old/new Winchester Model 71.  Once a classic western gun designed by John Browning, the 2011 limited edition will undoubtedly be as sweet a firearm as the original.