To PC or Not To PC, that Is the Question: A Look at Pistol Caliber Carbines

So, as I noted in my last article, most pistol cartridges tend to hit a plateau in their velocity (and hence power) from a barrel somewhere between 6″ and 10″ in length. Given that most of us civilians are limited to rifles with a minimum of a 16″ barrel why would anyone want a Pistol Caliber Carbine (PCC)? Doesn’t it offer about the worst combination of larger size and reduced power? 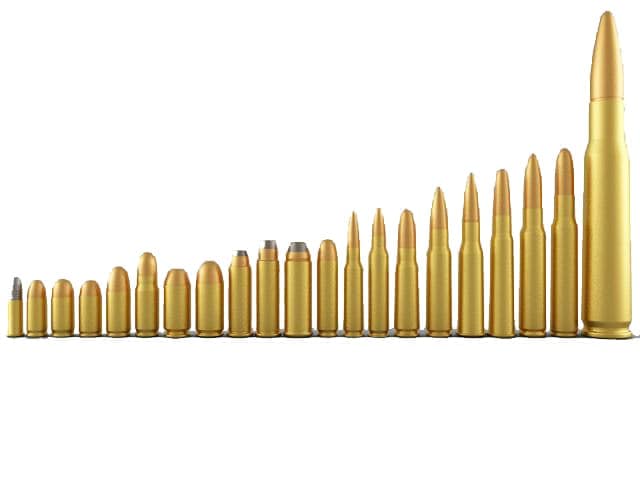 Well, yes. A PCC is larger than a handgun, and doesn’t offer the power of a rifle cartridge, whether it be a .223 or something bigger. So if you’re looking for a substantial increase in power, go with a ‘real’ carbine shooting a rifle cartridge.

But if raw power isn’t the only important feature you want, there are a lot of good things about a PCC. Let me list a few: 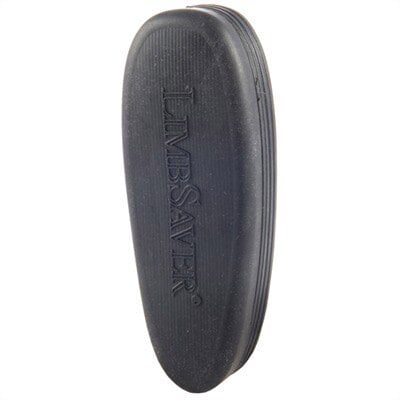 This is simple physics: if you put a pistol cartridge into something that weighs five or six times what a pistol weighs, the perceived recoil is going to be greatly reduced. Even people who are recoil sensitive can usually shoot these guns with minimal problems.

Having to only carry one type of ammunition to feed a sidearm and a carbine has a real advantage in some situations. This is even better for carbines designed to use the same magazines as your sidearm. And if you reload, just having one set of components/dies makes it even more appealing. 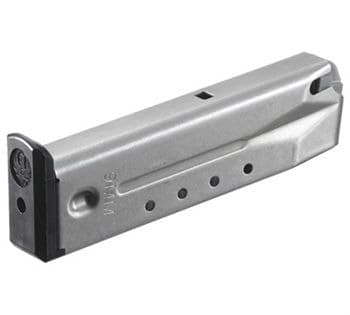 Yeah, as I said, most pistol cartridges hit a plateau in terms of velocity starting about 6 to 10″ of barrel length. But still, let’s look at some actual numbers from BBTI. 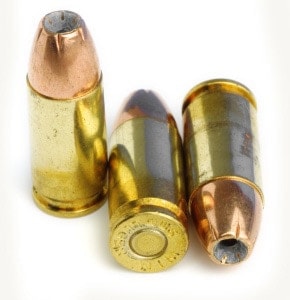 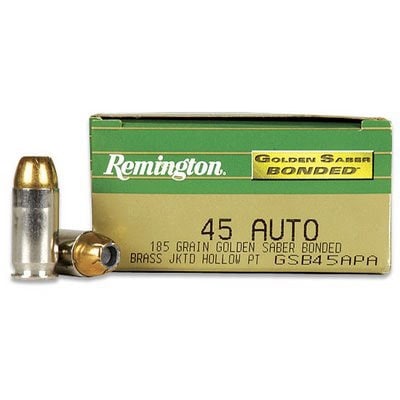 In each case, you’re looking at an increase in velocity of 15% or more over what a typical pistol would deliver. That ain’t too shabby.

Going from a sight radius of under 6″ (which covers most pistols) to one of 16″ makes a huge difference for accuracy for most people. Suddenly someone who has difficulty shooting a pistol with adequate accuracy out to 15 yards can manage to hit a target at three or four times that distance.

Shooting a pistol well is hard work, and even someone who is a good shot gets tired from the physical act of holding a pistol steady, whether using a single hand or some variety of a two-hand stance. Using two hands, spaced apart, gives you better control over a gun. A carbine is a much more stable platform than a pistol. When you’re tired, or dealing with adrenaline jitters, this can make a huge difference in accuracy. 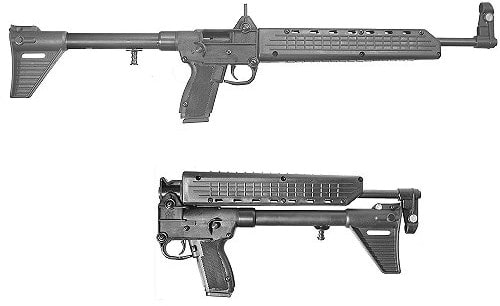 Those last two points would apply to a carbine in any caliber, of course. Still, there is a lot to be said for the other factors, depending on who you are and what the situation is. Reduced recoil is a huge advantage for people who are not regular shooters.

I own a Kel Tec SUB-2000 in 9mm which is just a hoot to shoot, even for complete newbies who think a 9mm pistol has too much recoil. The “fun” factor is important, because unless people find shooting enjoyable, they won’t practice. 9mm ammunition is commonly available, and about as cheap as any center-fire cartridge you’ll find – meaning that once again, people will practice more.

I reload, so the cost of factory ammunition is less important to me than it is to some folks. But I still got that SUB-2000 partly due to the availability of ammunition. 9mm is pretty much a standard ammunition around the world. Just about no matter what happens, or where you find yourself, 9mm ammo will be available. There’s a lot to be said for that in many survival situations.

So, what are the downsides to a PCC? Well, power, as noted above. A 15% increase in velocity over a typical handgun round ain’t shabby, but it also ain’t a rifle round – not by a long shot. And if you’re looking to make a long shot, you want a lot more velocity. A good PCC can probably hit a target at 100 yards with reasonable accuracy and power, but any decent rifle can reach out to 300 yards with comparable accuracy and power. Many can reach out a lot further than that. 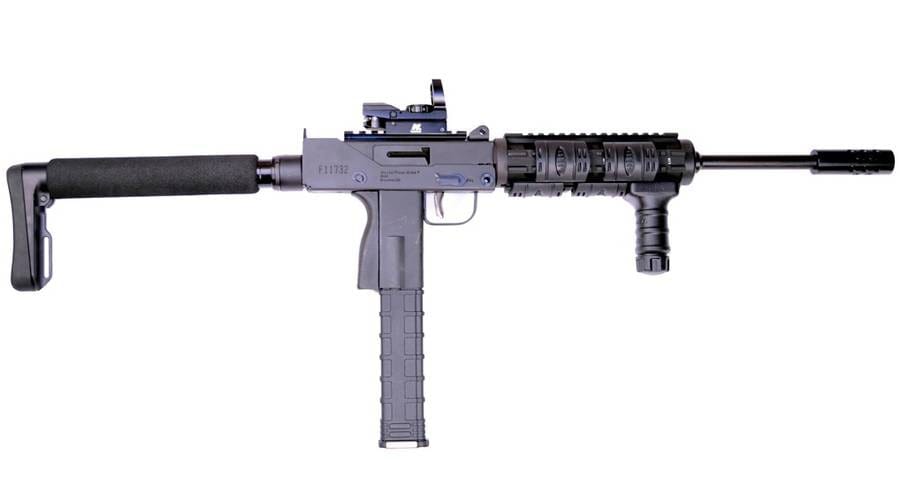 Any carbine, even one which folds in half, doesn’t conceal worth a damn. I can carry a 4″ barreled pistol in .357 Sig which gives me as much power (or more) than a PCC shooting a 9mm slug out of a 16″ barrel. And I can easily conceal the pistol. 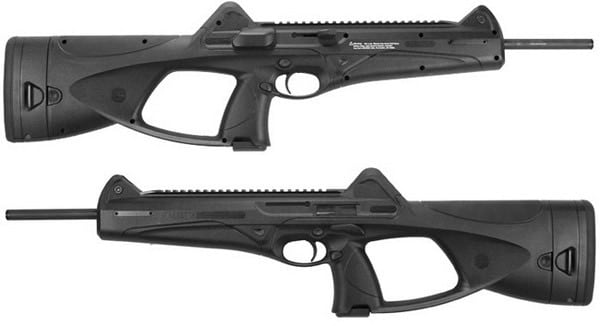 You need to use two hands. This can be mitigated somewhat with a good sling arrangement on your PCC, and someone with a handicap can set up to compensate for a physical limitation, but basically you need to have two functional hands in order to use the weapon effectively meaning problems opening doors, turning on lights, or if you are injured. 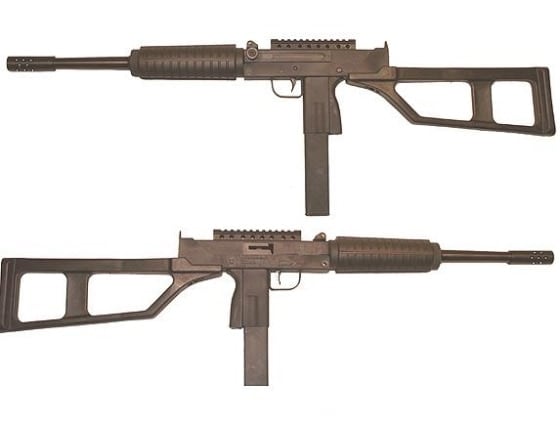 Like most things when it comes to firearms, there is no universal “ideal.” No one gun is perfect for every situation or scenario.  There is only a series of trade-offs, which make a PCC a good option for some people in some situations. Personally, I like having my little SUB-2000 – it’s a tool which does some things well, and at a reasonable cost. And it’s fun to shoot. But can it replace all the other guns in my safe? Not hardly.