When John Browning developed a new lever action rifle in 1893, he had no way of knowing just how much history that gun would make.  Introduced by Oliver Winchester as the Winchester Model 1894—or Model 94—the following year, the gun took advantage of the new smokeless powder cartridge that had just been developed, and became synonymous with .30-30 caliber rifles.  The Model 94 ushered in the era of the modern sporting rifle, as other designers and manufacturers turned to smokeless powder cartridges following its introduction. 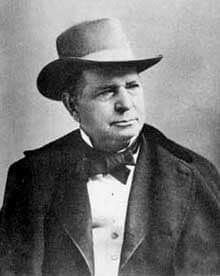 Over the years, Winchester sold the Model 94 in many variations and calibers.  In time it became the most famous, and the best selling, sporting rifle in history.  It was the first rifle to sell more than 1,000,000 individual guns, and the total number produced and sold eventually topped 7,000,000.

Winchester continued to produce the Model 94 until 2006, when the company closed the factory in New Haven, Connecticut, where the Model 94 was manufactured.  For a time, it seemed that the Model 94 would be relegated to the ashbin of history.

Then 2010 rolled around, and Winchester wanted to commemorate the 200th anniversary of the birth of Oliver Winchester.

“Last year’s reintroduction of the Model 94 was a special commemorative, limited edition gun,” said Paul Thompson, media relations manager for Winchester Repeating Arms.  “They were really high grade guns, with special engraving.  This year, however, we’ve introduced regular versions of the gun.  We have a traditional model, and a short rifle.  These guns are being made in the factory in Japan where all the Browning replica and historical guns are made.”

The Model 94s being made today are like the original Model 94s: “working” guns.  “These are basic Grade 1 guns,” Thompson said.  “We plan to continue making them.”

The “new” Model 94 comes in two versions.  The first, the Model 94 Sporter, has a 24-inch barrel and comes in the traditional .30-30 Winchester and .38-55 Winchester.  It has a traditional straight grip stock with a crescent butt and blued steel buttplate.  The barrel is half round and half octagon, which gives it the look and feel of the original Model 94.  The hammer is drilled and tapped for a spur extension, and has a semi-buckhorn rear sight and a fine gold bead on the front.

The Model 94 Short Rifle has a 20-inch barrel and comes in only .30-30 Winchester.  The original Short Rifle was fast to the shoulder, light weight, and easy to shoot, and Winchester has recreated those features in the new Short Rifle.  It has a round barrel and straight grip walnut stock and rifle-style forearm, with a black grip cap.  It’s drilled and tapped for scope mounts and a hammer spur extension, and has the same sights as the Sporter. 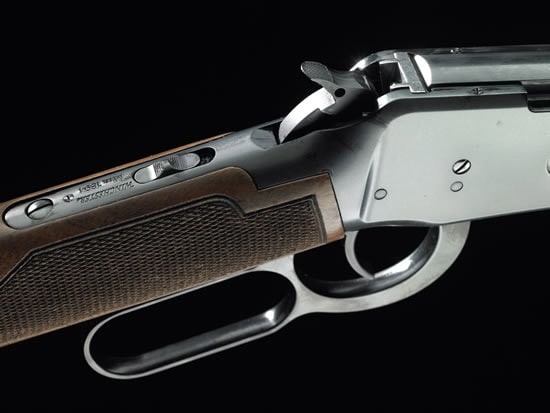 All of this doesn’t mean, however, that those are the only two calibers that will be available in the future.

“I think we’ll be adding some additional calibers in the next few years,” Thompson said.  “I’m sure we’ll do something different every year.”

You can check out the new Model 94s and a bunch of other Winchester products here.