Unveiled last May, the rapid prototyping by Phantom has yielded a working, flying machine just one year later.  Last December it made a test flight after being shuttled to the skies, piggy-backing a 747, but now it’s in the air under its own power. 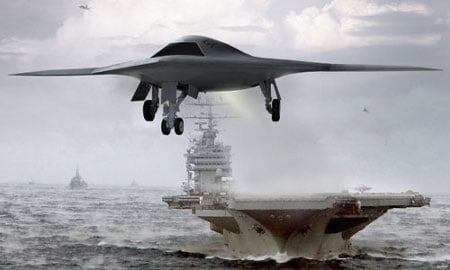 It’s got a 50-foot wingspan and is 36 feet long, but little else is known, like how much runway it needs, what it’s payload is, or, you know, how much they cost. 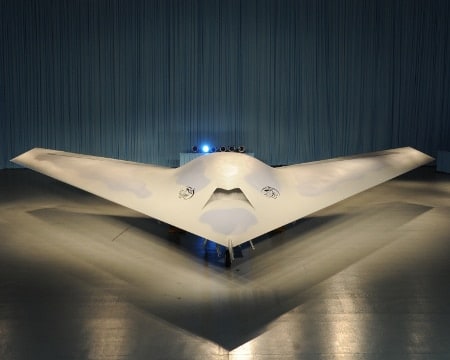 An interesting thing about this craft is that Boeing developed it entirely on their own.  No help from DARPA, no military contract to fill, they just built an unmanned stealth bomber that can probably carry enough explosives to level Libya a couple times over given the fact that it’s conceptually capable of autonomous refueling, and they did it for shits and giggles. 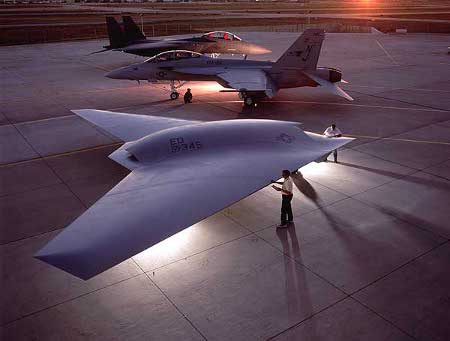 No, you know what?  When they say it’s capable of “electronic attack” we’re going to go ahead and call it a Cylon.  Yes, that’s nerdy as shit and yes, means that we have, in fact, watched (some) Battlestar Galactica.  But come on! All it needs is a red dot-thing going back and forth!

There’s a scary word, right there.  Autonomous.  This thing looks like it preys on Predator drones like that peregrine falcon up your street does unsuspecting pigeons, and it can fly itself.

So thank you, Boeing, thank you for bringing us one step closer in getting to know our robot overlords.  At least our overlords have good taste, ’cause that Phantom Ray makes heads turn, that’s for sure.