Remembering the Alamo (and the Guns)

As a kid in Texas, I once played Jim Bowie in a school presentation of the history of the Lone Star State. Other than having seen the Disney flick, Davy Crockett, King of the Wild Frontier, (yeah, Fess Parker, that’s right), the one in which Jim Bowie dispatches seven Mexican “Banditos” from his sickbed before succumbing to overwhelming force, I knew squat about Bowie, little more than that he had packed a seriously mean-looking knife and was apparently adept at using it. So, with the wooden handle of a metal barbeque fork poking from my sheath, (I actually recall my mom asking whether I wanted to wear my granddad’s real bowie knife to school that day as part of my costume – jeez, Texas in the early seventies), I stood before a packed cafeteria and, speaking in the first person as Bowie, proudly regaled the assembled about how I had given up my life for the greater glory of Texas and had gone to my reward a brave and estimable hero. 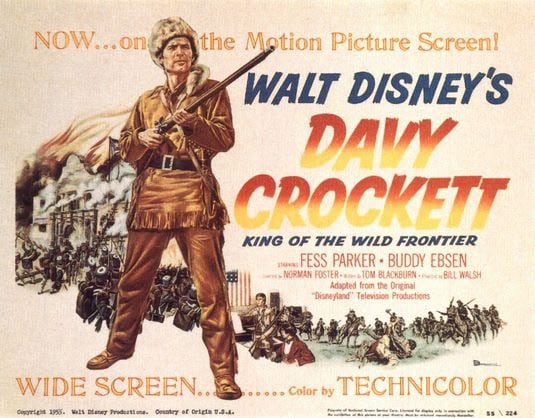 Well, thirty-six years have now passed, and I would like to revise my sentiments. Bowie died bravely, I’ll give him that. But he was a scoundrel and a swindler. True, Santa Anna was also a nasty piece of work, but the cause that most motivated those Texas Rebels in taking up arms – and we’ll get to those arms in a moment – was not Santa Anna declaring himself emperor, but Santa Anna declaring that the Texans couldn’t have slaves anymore. Therefore, being against both slavery and dictatorship, I personally find it hard to root for either side in this conflict. But, what I do admire, is the steadfast determination with which the Texans defended their position against clearly insurmountable odds. And that’s where the weapons come in. 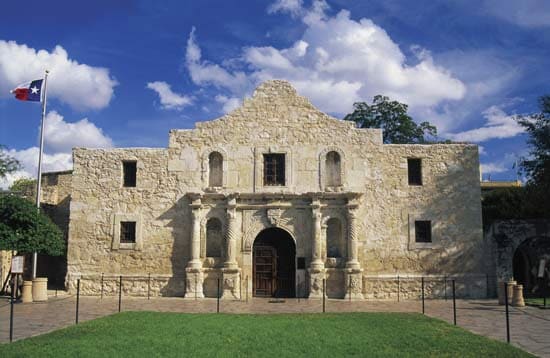 As is the case with many rebel forces, their arms were not uniform. For every frontiersman with a Kentucky long rifle, there were even more farmers with simple shotguns. William B. Travis himself, the Alamo’s commander, carried a double-barreled shotgun. However, with the exception of a Jacob Dickert long rifle on display at the Alamo’s museum, little is known for certain about precisely what firearms the defenders carried. (With the notable exception, of course, of Davy Crockett who was definitely not shooting some old fowler, but a fine Kentucky long rifle.)

Therefore, the best we can do is examine the types that the defenders most likely would have used. One interesting point to consider is that, in 1836, combatants were transitioning from flintlock to percussion caps, so both types of ignition systems almost certainly saw action in the siege. The other major distinction was rifle or smoothbore. The answer as to what type of firearm a combatant carried depended largely on his social station: professionals such as doctors and lawyers would have largely carried the finely crafted Pennsylvania rifles, of lighter caliber than their German ‘Jaeger’ ancestors but with a longer bore for increased accuracy. Frontiersman would also have likely been armed with long rifles, but without the fancy brass and silver inlaid cartridge holders. Their mountain rifles would have been fitted with iron instead, making an effective club once its one round was discharged at the foe.

A third type of rifle that was probably at the Alamo would have been the U.S. Common Rifle of 1817. These would have been carried by the New Orleans Grey’s, two companies of volunteer militia who, unlike their motley counterparts, actually looked and and acted like soldiers, complete with uniforms and unit discipline. If they were indeed armed with M1817s, then they would have had a flintlock-muzzled loaded, 9.3 pound weapon, firing a .54 caliber ball from a paper cartridge at a rate of two to three rounds a minute.

Unless some fantastic document turns up someday which sheds more light on exactly what arms the Alamo’s defenders carried, we’ll never know for sure. But, what is for certain, the defenders expertly used the firearms that they did possess to make an epic stand against impossible odds.