Mind the Gap: Cylinder Gaps on Revolvers and Their Effects on Power (and Fingers)

Take a look at a revolver. See the front of the cylinder? See where the chamber lines up with the barrel? See that little gap, looks like you could fit about the thickness of a business card in there? That’s called the cylinder gap.

The cylinder gap is a function of manufacturing. There has to be a bit of space between the front of the cylinder and the barrel to allow the cylinder to rotate freely. While there have been designs created to seal off that gap in firing (most notably the Nagant M1985) most revolvers designs just accept that there needs to be a slight gap. Today a typical cylinder gap runs 6 or 7 thousandths of an inch, or 0.006 – 0.007″. Doesn’t seem like very much, does it?

Or does it? Take a look at this slow-motion video of a Smith & Wesson 500 being fired:

See that puff of gas escape the cylinder gap? Looks pretty big in that video, doesn’t it? But how much power is it really? Take a look at this video:

Or more graphically, this one:

That, boys and girls, is why you keep your fingers well back away from the front of the cylinder when firing a revolver. Because the hot gas and particles which escape the cylinder gap are a lot more powerful than you probably realized before now. 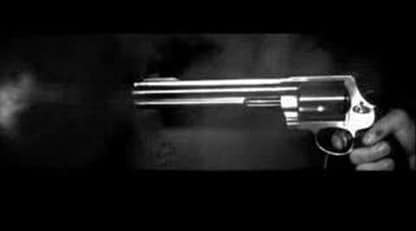 The truth is, nobody is really sure. And that’s what I’m spending my week trying to find out and document. Myself and the other people behind Ballistics By The Inch, the first non-proprietary and open site documenting the relationship between barrel length and bullet velocity for 18 different handgun cartridges. 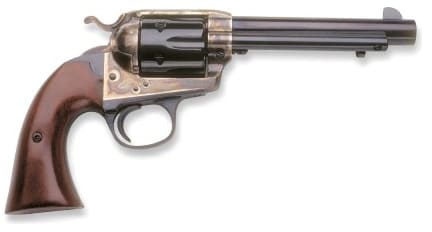 In the biggest series of tests since we created the site, we have a Colt Single Action Army clone in .357 magnum with an 18″ barrel which has been customized to allow us to adjust the cylinder gap from 0.006″ to 0.001″ to 0.000″ (flush). We’ll fire 10 rounds each of 13 different types of ammunition with those three different gaps, chronographing the results. And then we’ll cut one inch off the end of the barrel, dress it, clean it, and then repeat the tests. All the way down to 1″. 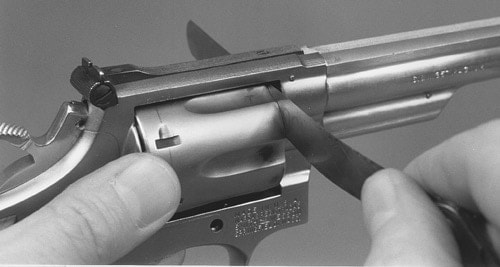 Why worry about the different barrel lengths? Because the longer the barrel, the more time gas has to escape through the cylinder gap. Other factors will likely include the power of the cartridge, the weight of the bullet, and possibly even the shape/composition of the bullet. With ten shots for each gap + barrel length + ammunition combination (that’s over 6,000 rounds), we hope to have enough data points to provide some real insight into what is actually happening in terms of a loss from a cylinder gap.

Note that I don’t say “the answer of how much loss occurs from a cylinder gap.” That’s because we won’t have an answer, which holds for all guns. I’m sure that different calibers would have different amounts of loss. And how “fast” or “slow” a particular barrel is from gun to gun will make a difference as well. But at least this will give us – and everyone – some solid data to work from in formulating an opinion. 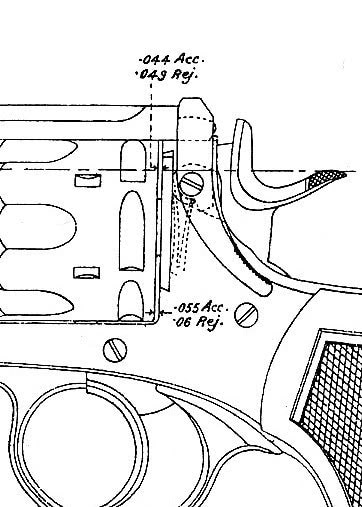 Why do this? Why spend thousands of dollars (this series of tests will put us over $40k that we’ve spent on BBTI) and take a week off work, not to mention the time and effort to compile the data and create the website?

Because we’re curious. We want to know the answers to these things, and the information is not readily available. And we think that it is important to show that real research isn’t done only by large corporations and government. Even amateurs can do it, as a hobby. And once you have that information, you might as well share it with others, right?

So, wish us well. And watch for information about what we find out from the tests.