Changes Through the Ages: Miroku Firearms' Winchester 94 and Its Ancestors

In 2010, Miroku Firearms of Japan introduced two brand-new Winchester Model 94 collector pieces in honor of Oliver Winchester’s 100th birthday. The beautiful eight-round capacity rifles were offered with a half-round, half-octagon 24” barrel and a high-gloss walnut stock. The barrels on the original Model 94s were made of nickel steel, something that was brand new for that year.

Five-hundred rifles was produced of each and were seemingly meant to be sold as two gun sets with matching serial numbers, however, they could be sold separately by the dealer, and I imagine a lot were. I know a lot of hardcore gun fanatics, but not a lot of them have $4k to drop on collectibles.

The Custom Grade Model 94 carried an MRSP of $1,959 and consisted of very high quality Grade IV/V walnut furniture and exquisitely blued steel. While that price may seem a tad high, it might not be when you consider the appreciation these babies are going to accrue. In a few years, I’ll bet they’ll be worth almost double that.

A portrait of Oliver Winchester himself was engraved in gold on the right side of the receiver, beside a gold banner in which “1810-2010 – Two Hundred Years—Oliver F. Winchester” was written. The left side of the receiver bears a “WRA” logo that is reminiscent of the original 1894 design. I thought this was a very classy touch, and it’s really well done. The dark walnut coupled with the deeply blued steel and gold accents created a stunning appearance. 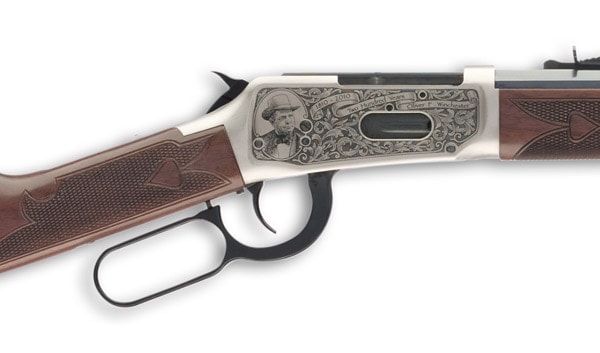 The original Model 94 was offered in a variety of setups that had to be special ordered from Winchester. Like the Miroku models, they could also be had with engravings and custom checkering, a special barrel that was half round and half octagon, and even “Baby Carbines” that sported very short barrels which were either 14”, 15” or 16” long. The Baby Carbines are extremely difficult to find today and have become expensive collector items.

The Winchester Model 94, short for 1894, was designed by John Browning and produced by Winchester Repeating Arms Company. Oliver Winchester paid Browning some $15,000 for the design, but he couldn’t possibly have known that the rifle would mark such a major change in firearm history. With more than seven million guns having been produced and a manufacture run of 112 years, it’s safe to say that the Model 94 was, and still is, a very popular rifle. 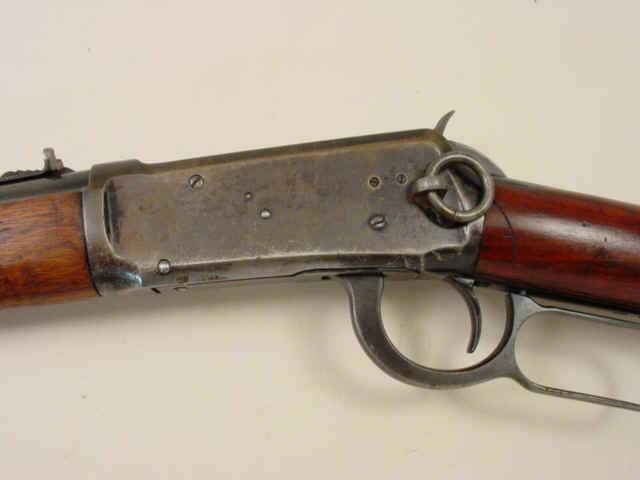 The High Grade model from Miroku was offered at an MSRP of $1,469 and featured Grade II/III walnut, with identical engravings as the Custom Grade Model 94, but the finish was a silver nitrate with no gold accents. The rifle was very handsome and of the same high quality as its more expensive brother. Both rifles came with a five-pound trigger pull as opposed to the original Model 94’s seven-pound yank. Both guns were chambered in classic 30-30 Winchester. 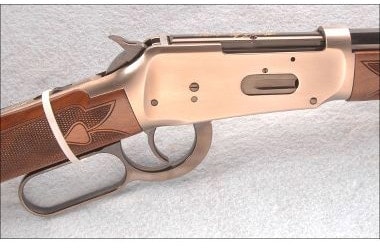 The first Model 94s had an extremely high muzzle velocity for its time, sending soft point bullets out of the nose at 1,970 feet per second. Because of this, it was a very accurate rifle for distance shooting, something that is often needed when hunting game. The 30-30 cartridge is widely used by hunters and is credited with bringing down more game in North America than any other cartridge. Today, typical factory loads include a 150-grain bullet, usually traveling at around 2,390 feet per second and a 170-grain bullet, which is good for 2,200 feet per second.

The 1894 Winchester was the first repeating rifle that was designed to use smokeless-powder cartridges. Although we know now that it was a great decision that also changed carbine history, it was a risky one at the time because the entire thing could have added up to a bomb. In 1894 the rifle was offered in classic black powder form, in both .32-40 Winchester and .30WCF, which stood for Winchester Center Fire. The .30WCF later came to be known as the venerable .30-30 Winchester, a close second cousin to the Model 94 introduced in 1895, which originally came chambered for .25-35 Winchester and .30WCF, or 30-30. The .30 caliber cartridges used 30 grains of smokeless powder, which is where the 30-30 gets its name.

The Model 94 was an instant hit and became very popular, especially with the hunting crowd. Its large trigger guard allowed the shooter to wear winter gloves while operating the carbine, making it the preferred rifle during the Gold Rush of 1897 in Alaska. Because of that, it affectionately became known as “The Klondike Model.” Furthermore, it was the rifle of choice for many law enforcement agencies, and even the Texas Rangers kept a few around.

The rifle-length Model 94 disappeared in 1924 and remained basically unchanged again until 1964, when Winchester decided to save a few bucks and machine instead of forge some of the parts. The response was negative and, while it may have saved a few nickels on manufacturing, it failed to perform on the showroom floor.

In 1967 Winchester realized they had made an egregious error and the manufacturing process was returned to the way it was, but the impression they made in 1964 proved indelible and to this day folks prefer the pre-’64 models. In the years that followed, the Model 94 was manufactured with the same high quality components as before 1964, but the stigma left by the change couldn’t be erased in the minds of consumers. Eventually, Winchester even replaced the stamped loading gate with one that was milled out of solid steel, completely returning the rifle to its roots, which greatly boosted sales. 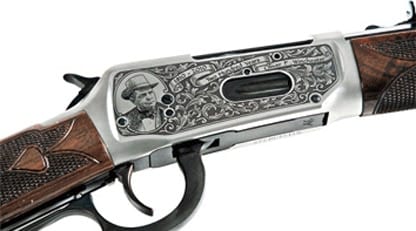 The Model 94 originally ejected the spent cartridges toward the top of the rifle, which made attaching a scope impossible. In 1981, to the delight of hunters everywhere, they implemented a “Side Eject” which facilitated the use of a scope. The rifle quickly gained popularity and shed its post ’64 skin, so to speak. Consumers began buying them in masses.

It finally ended its 112-year production streak in 2006, when the Winchester factory in New Haven, Connecticut, shut down. Enthusiasts swarmed to their local gun dealers to secure a Model 94, realizing it was going to become a collector item. Throughout its existence, there have been more than a few special and commemorative Model 94s produced, and in 2010 the rifle made one more run in the form of the Limited Edition Miroku models, which because of their low production numbers and high quality, are sure to secure their own place in Model 94 history.