Steyr Back in the Exporting Business

The Steyr AUG has got to be the most successful bullpup rifle ever made.  It’s more than thirty years old and is numbered in the millions, with users foreign and domestic, including everyone from shooting enthusiasts to entire militaries.  It’s popular with many S.W.A.T. officers in the U.S. as well as being the service rifle for U.S. Customs and Border Patrol agents.

It’s available in almost twenty different incarnations, from pistol-caliber carbine to light machine gun variants, although the most common AUG in America is the A3, which is made in both civilian and law enforcement versions, and is quite popular with all who can afford them, and Steyr does good business sending them this way.

Or they did for a while.

This February Steyr hit one Hell of a roadblock on its way to importing its rifles from Austria into the United States.  Steyr had partnered with the military supply company Sabre Defence which manufactured custom M16A4s and M4s but was primarily in the business of sending the Army Browning M2 parts and mounts.

The roadblock came in the form of illegal weapons trafficking charges.  Whether or not Sabre Defence actually did supply weapons to people currently being fought against in the Middle East, the top four American employees have plead guilty to some charges and the owner, Guy Savage is awaiting his extradition hearing next month (cool name though); he currently resides in the U.K.

Suffice it to say, Sabre Defence is out of business.

This has put a little worry into Steyr AUG owners, since it meant that replacement parts (not to mention, new rifles) were not coming into the U.S.  This is an especially large worry for all the law enforcement agencies that equip Steyr AUG rifles. 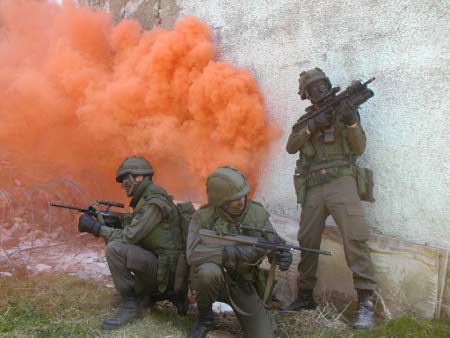 But fear not, AUG users, as Steyr of Austria has worked things out with Steyr of Alabama to bring back the evil black rifle supply along with all its spare parts (the AUG is also available in disgruntled grey rifle). 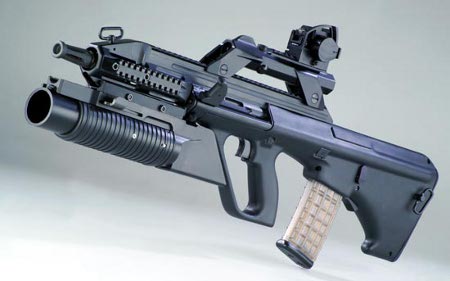 We hope this was just a hiccup, after all, this is no weekend plinker; people’s lives depend on the AUG.  Also, they’re bad-ass, and well, we can’t go around not getting AUGs, now could we.