Years and years ago the first Desert Eagle was introduced.  And about fifteen minutes later the Baby Eagle came out, due to popular demand.

OK, that’s not at all how things panned out but it probably should have.  Both were made by Israel Military Industries, both were heavily influenced by the CZ 75 design, both have that hump at the bottom of the grip that you can either take or leave. 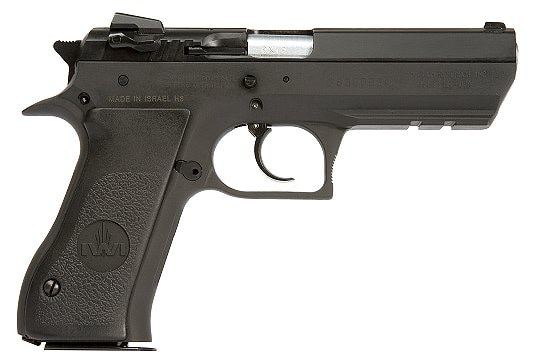 And while the Desert Eagle hit full production in 1983, the Baby Eagle first entered it in 1990.  It was manufactured with Tanfoglio parts (another CZ clone company) and a polymer frame, a first for any CZ 75, clone or otherwise.  And though it was made and marketed to capitalize on the Desert Eagle tidal wave of popularity, it honestly introduces a couple of things to the market besides plastic fantastic.

One of those features is the .41 Action Express cartridge.  Developed by IMI, the .41 AE uses a .41 Mag case with a rebated rim to match a 9mm cartridge; this way the only thing you need to change to go from 9mm to .41 AE is a barrel; the extractor and everything else stay the same. 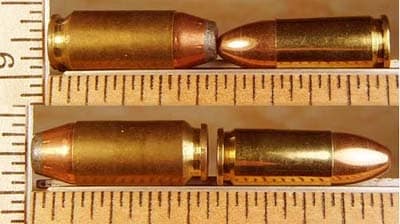 Eventually, production of the Baby Eagle (or more correctly, the Jericho 941) halted and the gun was discontinued.  But still to this day Magnum Research pains for a lightweight, reasonably-priced and realistically-chambered polymer-framed handgun.  Or at least, up until recently.  Because now they’re in the Walther P99 clone business.  Well, strictly speaking, this is a licensed replica.  It’s called the MR Eagle (Mr. Eagle, anyone?) and will be chambered in 9mm and .40 S&W, (sorry, no .41 AE) and be available in matte black and satin nickel finishes. 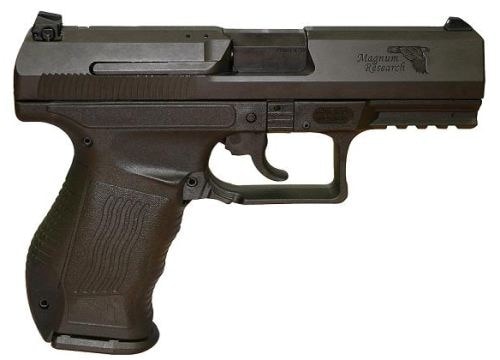 Yep, Magnum Research is buying frames and guts from Walther and manufacturing their own slides and barrels to stick in ’em.  These frames are similar, but not identical to, the p99, and the slides are fairly different.  The frames have different grip texturing and identical controls, right down to the stubby, trigger guard-mounted magazine release.  The slide is slightly narrower down the front half along the barrel and the cocking serrations are a little fatter, but otherwise they’re similar and use Walther sights. 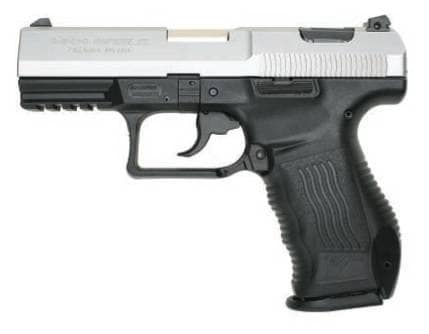 One of the questions we have is which P99 is this a clone of, exactly?  It has a one-piece trigger, so it cannot be the P99QA or PPQ trigger, which needs a manual (trigger) safety for import purposes.  We’re guessing it’s probably the standard single-double-styled “Anti-Stress” trigger just because that’s popular.  But if anyone has one and knows otherwise, speak up. 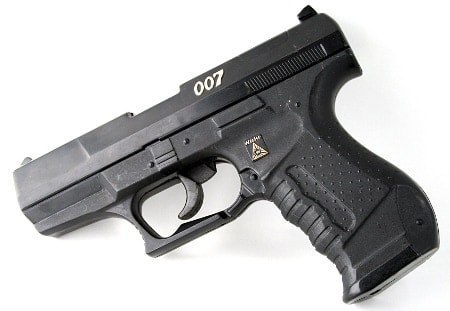 Only time will tell if this is an exploit to take advantage of the non-insanely-huge segment of the handgun market or if Magnum Research is in it for the long haul this time.  In any case this is a significant endorsement of the P99 and Walther fans gotta appreciate that.