We admit it, we’ve watched “Sons of Guns”.  Just a few episodes, though.  It never really grew on all of us.  That’s probably because of that one episode where the dad/owner pulled out his .45 and scared the shit out of a couple looking to buy their first pistol.  He wasn’t just waiving it around like a lunatic, he was waving it around and shooting it.

That and they set fire to a damn swamp.  And it wasn’t the flamethrower episode.  How is that even possible?

Then there was that whole “Park a truck with a machine gun turret outside an airport on September 11th” business; that can’t be great for your renewal chances… 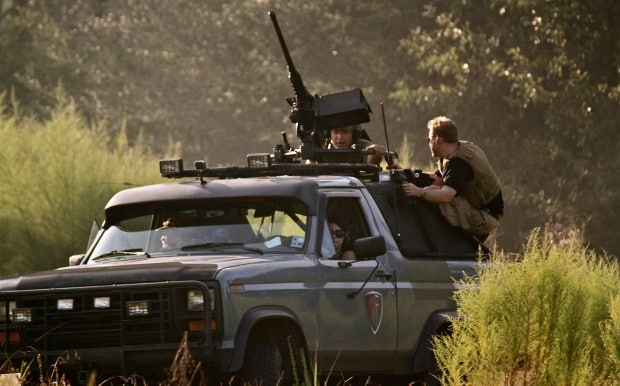 So either due to it’s criticisms, or maybe due to its success, the Discovery Channel has started anew in the Rockies, just outside of Denver.  Pastoral fields, beautiful skyscapes, all that junk, plus a lot of lever-action rifles, because Colorado apparently never left the old West and the police all shoot Colts and last time someone said anything about CZ, well, let’s just say it wasn’t nearly as pretty as these people.

The new series is called “American Guns” and features a highly telegenic family, the Wyatts.

“The Wyatts are your typical suburban family… who just happened to own one of the premiere firearms facilities in the world. Rich Wyatt and his wife Renee own Gunsmoke, located outside Denver, Colorado, where they buy, sell and trade guns – from hand canons to hunting rifles.  And if you don’t see what you want, they’ll build one for you – from nothing more than a block of metal. 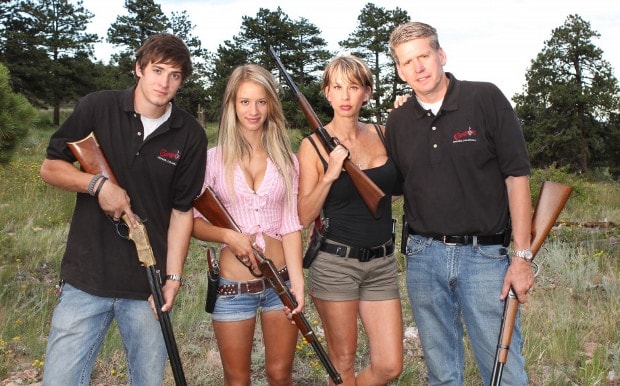 “The Wyatt family takes their guns very seriously.  For 18 years they have owned Gunsmoke, turning the small business into a firearms enterprise.  Rich is a master firearms trainer and former police officer with more than 22 years experience in law enforcement.  He is one of only six people in the world certified by Colonel Jeff Cooper, a master firearms instructor and one of the 20th century’s foremost experts on the use and history of small arms.  And Rich is an extremely talented gunsmith.”

Well, we won’t say they don’t have a nice pedigree.  But we’ll save any special comments until we’ve seen any of it.  So are you gonna try it out?  What do you think of the whole guns reality TV scene?  Good for the industry or overly-dramatic crap, or both?