The Picatinny rail is the penultimate embodiment of technology enhancing firearms, which despite their advances, haven’t changed much in decades.  They allow guns to be used at extremes previously thought impossible, for instance, shooting effectively in complete darkness.

Image intensification was the original method of seeing in the dark, pioneered by RCA and Russian inventor and engineer Vladimir Zworykin, aka “Father of the Modern Television”.  Focusing on just a small portion of the light spectrum, infrared, the devices could use the invisible to us light and convert it to visible light.  Zworykin’s invention, having come out during the Great Depression, was marketed to civilians and resulted in commercial failure.  It wasn’t until WWII that night vision anything was put into serious production, but then by the Germans, who issued night vision scopes along with their StG 44s. 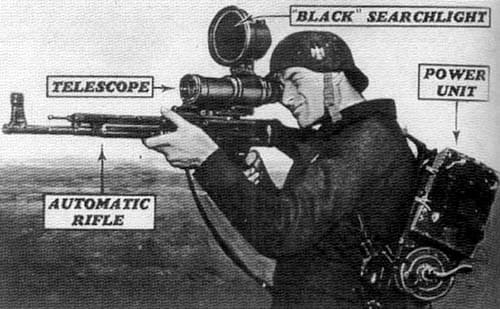 Infrared imaging soon fell out of wide use with the improvement of ambient light intensification, which is pretty much what we think of today as night vision.  First used by Americans in the Vietnam War, the scopes, while nowhere near as bulky as the first-generation infrared scopes, required an outside light source, and as such couldn’t be used on moonless nights.

Of course, now the things are orders of magnitude better at light intensification, run on a fraction of the power, and can be squeezed into a package the size of welding goggles.  They have a couple of shortcomings over infrared optics, though.  Infrared doesn’t require any light source, as it’s generated by people as heat, and infrared radiation can pass through many things visible light can’t. 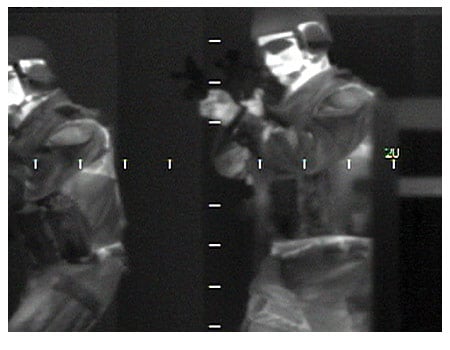 Which is why people still make ’em.  Like light amplification technology, thermal optics have come a long way.  Take, for example, ATN’s most recent T50 ThermoSight:

“American Technologies Network’s ThermoSight T50 is a mission flexible thermal sight that can be utilized as a weapon sight or a hand-held rugged imager for scouting, surveillance or covert operations. 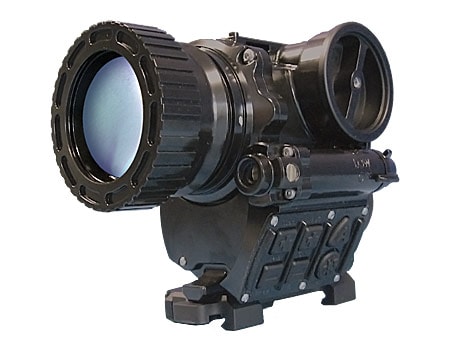 “The ThermoSight T50 is compatible with standard day optics such as the Trijicon Advanced Combat Optical Gunsight (ACOG) Model TA31, 4×32 that maintains the boresight even through extensive rounds of firing, field of view and keeps the reticle calibrated. The longwave thermal imaging sensor provides crisp imagery through fog, smoke, dust to total darkness. The operator friendly sight is lightweight and portable and operates with single button controls for basic image adjustment. A rubber shroud ensures complete obscurity for covert operations by eliminating illumination of the operator from the viewfinder.” 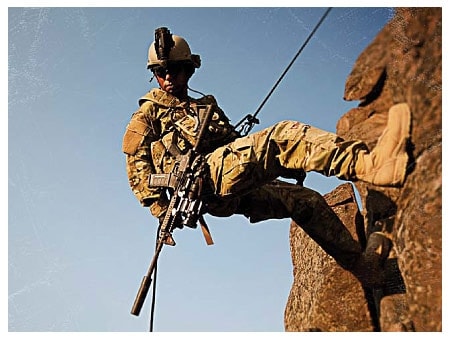 The T50 uses a 320 x 240 VOx microbolometer, which must be something important otherwise they wouldn’t list it as their first specification, runs for nine hours on three CR123 batteries, is dust- and water-resistant, (IP 68) easy to use with gloves, and weighs a pound and a half. 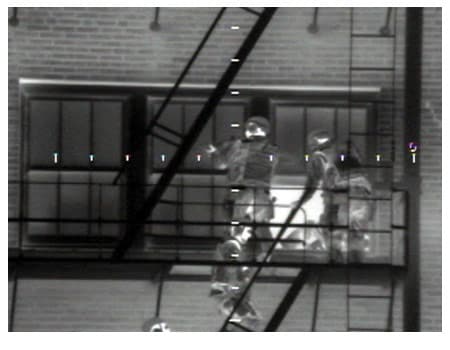 As far as tactical hardware goes, it’s pretty hard to beat a rifle sporting both thermal optics and a fixed tritium-illuminated scope.  Yep, and all it’ll set you back is a cool ten grand.  Look, the real tactical stuff ain’t cheap.  But don’t think you have to spend a small fortune on night-vision.  ATN doesn’t just make super-expensive top-tier military-grade optics, they make hardware most anyone can buy, even if you have to to save a little for it. 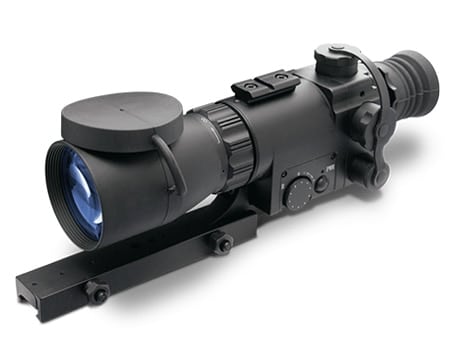 Case in point, the ATN Aries MK 350.  It’s a ten-inch-long fixed 2.5x riflescope that uses the time-honored red-reticle-on-green-image system most people think of when they think of night vision, it weighs a little under three pounds, and runs for forty hours with three CR123 batteries.  It also only costs four hundred bucks.  They also make their 390, which costs $500 and has a fixed 4x scope in a similar package.  Both have small top-mounted Picatinny rail for a backup/daytime reflex optic.

You don’t have to be special forces or a mall ninja to want and use night vision optics.  And whether you’re an operator or an enthusiast, shooting, or just trying to find your way through the dark, ATN has glass worth checking out.