What Cavalry Arms is probably most famous for, possibly other than problems with the ATF, were their single-piece polymer lower receivers for ARs.  These included the buttstock and grip, as well as the trigger guard.  Just one solid chunk of AR.  Both audacious and practical, they were quite popular for the short time they were available. 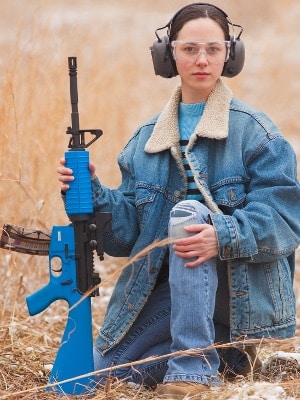 They offered unapproachable corrosion resistance, exceptionally low price, and remarkable recoil reduction, all without sacrificing anything along the lines of durability or shootability compared to metal receivers.  Don’t let the lady fool you, the plastic’s not limited to .22 Long Rifle.  People loaded their plastic lowers with everything from 5.56mm NATO to 6.8mm Remington SPC to 300 AAC Blackout and they handled it just fine.

That is, while they were in production.

See, apparently one of the employees gave away a rifle from their retail operation and donated some lowers to be used as IDPA prizes or somesuch, and the whole shebang got shut down faster than the ATF could say “Trrsts!”  Cavalry Arms’ original head of affairs plead guilty to selling a firearm to an out-of-state resident to take one for the team and transfer ownership to a family member.

Which is where the ATF halted things all over again.  See, apparently crime is genetic, and so it’s not possible for a relative of a fallen FFL-holder to be allowed to operate a business instead.

So now the whole operation’s up for sale. 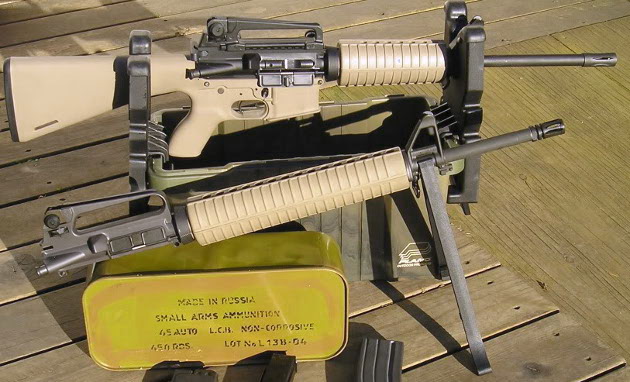 Look, if you have a hundred large and are already in the arms-making business cough-SPIKE’S TACTICAL-cough then this is too rich to pass up.  We, the shooting world wants Cavalry Arms’ lowers back.  We can feel it in our tactical cojones/huevos (for the tactical ladies).  Hell, if you’re interested in starting your own business and have the scratch they it’s still on hell of a buy.

Those lowers are elegant, sleek, and gorgeous, not to mention easy and fast to make, and easy to sell and buy.  We hope you get bought fast, Cav.  We’ve missed you.