From Whence We Came: Elmer Keith, Skeeter Skelton and other Early Gun Writers

Many people have asked me over the years what it takes to write about guns. I can honestly say that how well you can type and put together a sentence is less important than the passion behind it, as some of the early gun writers who have made what I do possible knew far more about guns than a lot of us now, but their education was in the number of rounds fired and their classroom was either the great outdoors, the battlefield, or on the streets with a tin star pinned to their shirt. 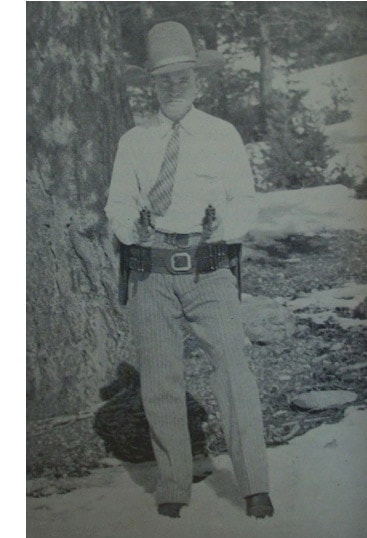 Elmer Keith is considered perhaps the father of gun-writing, and whether you like him or hate him, the story of his life before he started typing or even shooting a gun is one to be admired. Elmer was born in 1899 and his family moved to Missoula, Montana. When he was only nine years old, the hotel his family was staying in went up in flames and Elmer was very badly burned. His left hand was left mangled, turned upside down at the wrist and his chin was fused to his right shoulder. All of the doctors around would not touch him, convinced that his death was right around the corner. Elmer had other plans. Elmer was able to tear his chin away from his shoulder, and not wanting to be a cripple, had his parents re-break all the fingers on his left hand and lash them to a straight board.

The process of bandaging those fingers, and then repeating the process took a very long time, but eventually Elmer regained the full use of his left hand, something that was remarkable, and given Elmer’s passion for hard kicking handguns and rifles all throughout his life, told of how stern the stuff he was made from.

Elmer was a working cowboy, and his passion was handguns. Who knows how many handguns Elmer experimented on before his .45 Colt SAA blew up one day and he switched over to the .44 Special, a truly fateful decision. Elmer spent decades taking the .44 Special to levels none thought possible until someone finally listened and decided to introduce his .44 Magnum to the world in 1955. Elmer later went on to develop the .41 Magnum, but he was always faithful to the .44 and shot it extensively for the rest of his life, taking big game in front of witnesses from ranges of well over one hundred yards. Elmer’s writings were based on life experiences, and he didn’t care if you believed him or not. He had done it and that was that.

While Elmer Keith’s writings were matter of fact and to the point, perhaps the best wordsmith to ever put lead down range was Charles Alan Skelton. “Skeeter”, as he was better known, grew up during The Great Depression and shot his first handgun when he was five years old, using his father’s Colt Woodsman .22 pistol. Skeeter had a fondness for single action revolvers as did most that grew up in the southwest. He joined the Marines in World War II and then the Amarillo, TX police department before on to the Border Patrol, Sheriff of Deaf Smith County, Customs, and then DEA before retiring in 1974. 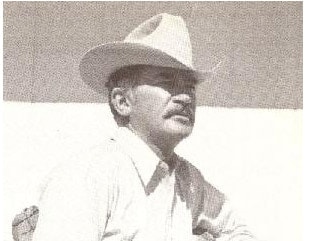 Skeeter first began writing in 1966 for Shooting Times and wrote for another twenty one years, penning some four hundred articles and two books. While Elmer loved the .44 Magnum, Skeeter was a devout fan of both the .44 Special and the .357 Magnum, at a time when most writers were of the “bigger is better” thinking. Skeeter had a loyal following of fans right up until his death in 1988 and even to this day.

There were others like Bill Jordan, Charles Askins, and Jeff Cooper who were instrumental in getting those early articles and magazines into the hands of the public, and their words still carry the weight of iron to this day. Their books still sell, their advice is still heeded, and their deeds are still legendary. I hope that someday someone stumbles upon a forgotten manuscript or handwritten notes from one of these Beethoven’s of bullets or Motzart’s of muzzle velocity. It would be nice to have a new story to read after all these years.