Shotguns: The Guns That (Really) Won the West

Ask a dozen different western firearms aficionados, which gun won the west and you are likely to get half a dozen different answers. There are of course those that will say the Winchester 1873 rifle—perhaps the most popular long arm of the westward minded pioneers (or at least in movies).

Then there are those who will caste their vote for the Colt Single Action Army—worn indiscriminately on a great many hips, from lawmen to outlaws alike. Yet there is a gun, or at least a type of gun, that was much more widely available to consumers, used by just as many folks if not more than any other gun of the period, and generally considered to be the go-to, general purpose firearm.

And that gun was the shotgun.

Much of shotguns popularity throughout he old West is owed to the fact that these guns, unlike the Winchester 1873 or the Colt SAA, existed at the very beginning of the period, carried by the first souls hearing the siren call of Manifest Destiny. The earliest of these were percussion, muzzleloading firearms of both the single and double-barreled variety, and ammunition varied widely. One such scattergun was found at the Alamo after Santa Anna’s forces over ran the garrison. 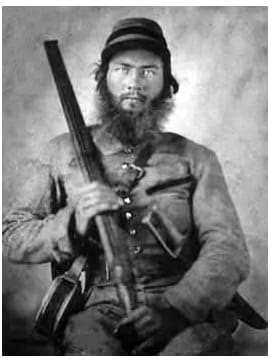 When the Civil War broke out, cavalry units on both sides favored the shotgun as it was devastating in close quarters. It was much easier to hit a moving target on horseback with a shotgun than a musket or even a revolver.

A shotgun even played a major role in one of the most famous gunfights in history. Doc Holliday emptied his shotgun into Tom McLaury’s chest during the gunfight at the O.K. Corral. And who has not heard the term “riding shotgun” referring to the days when an armed guard rode beside the driver on stagecoaches? 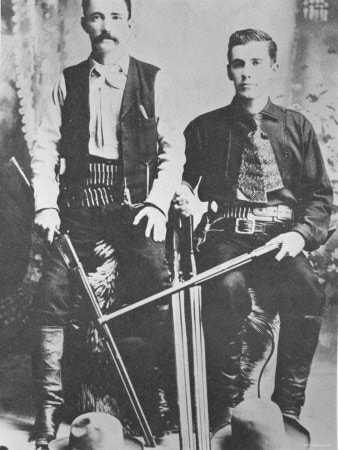 Still it wasn’t just personal defense that helped the shotgun earn its keep. For the farmer who could only afford one firearm, there was simply not a more versatile tool in existence. He could take small animals like rabbits and birds, then load up with buckshot to take down a deer.

It’s also no wonder early market hunters used shotguns religiously to bring in game that would later be sold in the small towns dotting western trails. Some larger versions, known as punt guns, were too heavy to hold and were mounted to small boats. These big guns could kill up to fifty birds with a single shot and were in service right up until 1900 when the Lacey Act banned the transportation of wild game across state lines. 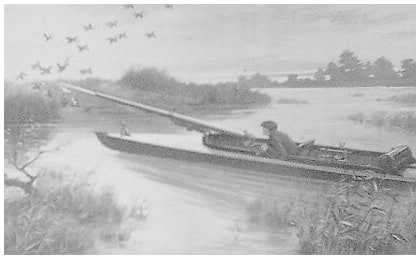 So when asked which gun tamed the west, try no to linger too long on Winchester rifles or Colt revolvers, but instead consider the shotgun, which took many forms and was tendered in untold variations of gauges and lengths—used on the farm, in the towns and for nearly every purpose our pioneer forefathers could think of.

Who could have guessed that the lowly single barreled shotgun hanging over the farmer’s mantle would lead to the most advanced shotguns of today? Those early shotguns gave rise to the pump action and semi auto shotguns that are now still being used for hunting, personal defense and in law enforcement. They truly were the guns that won the west, (and everywhere else for that matter).