The Need for Speed: A History of the Revolver Speedloader

If you watch some of the best competition shooters out there when they swap out magazines it is a blur and if you blink you will miss it. Even Jerry Miculek with his revolvers is a sight to behold when he swaps out his empties for fresh rounds. Yet well before all of these spring loaded speedloaders and quick change pouches, people were thinking up ways to speed up a reload.

Back in the days when blackpowder revolvers first made their appearance it was quicker to change out the cylinder in the heat of combat then to try to reload six rounds. While the Colt revolvers required the gun to be taken apart the Remington New Army allowed shooters to simply drop in a loaded cylinder, reloading in seconds rather than minutes.

Once cartridges pushed black powder revolvers into the dustbin, guns inherently became faster to reload.  However, despite the fact that the Colt Single Action Army ruled the west, this gun was nowhere near as quick to load and reload then the Smith & Wesson Schofield. With it’s top break design earning it the distinction as the first standard-issue cartridge-firing revolver in US military service. Smith & Wesson had the right idea; it was just going to take a bit longer. 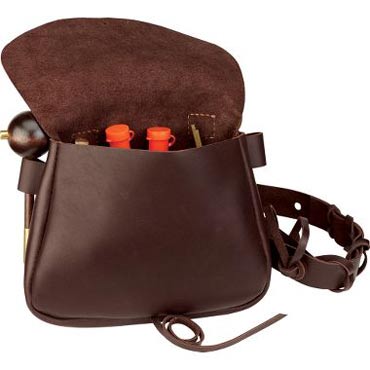 The first cartridge carriers were nothing more than a “possibles bag” to keep loose rounds, the loose flap and positioning on the body designed for quick and unfettered access to ammo in the event of a reload.  This evolved into the classic stitched belt loops we associate with today with pistoleros.

This delivery system was a crucial step in that it organized extra ammunition, giving pistol shooters an immediate visual/tactile indication as to how many rounds they had left and, excluding early attempts at semi-auto magazine fed pistols, this belt design remained pretty constant for decades.  Cowboys even got in the habit of separating groups of rounds on their belt with a longer rifle round so they could feel when they had one full reload left, a practice John Wayne borrowed for the silver screen. 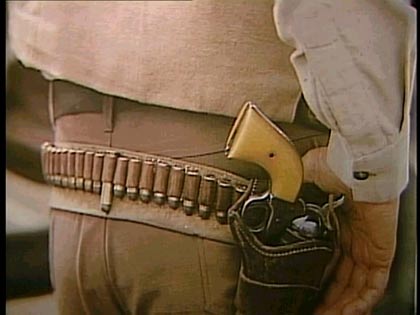 There is no way to know when things began to change, but after a while the old cartridge loops began to disappear, clearing the way for more experimental rigs. One of the first was the cartridge dump. It was very simple: rounds went in the top and they came out the bottom and the whole arrangement was worn on a belt. It was quicker than a belt loop and you got more than one round at a time, but it was still messy.  If you weren’t paying attention or in a hurry, there was a good chance you’d find yourself picking up your live ammo off the ground. Still, it was progress. 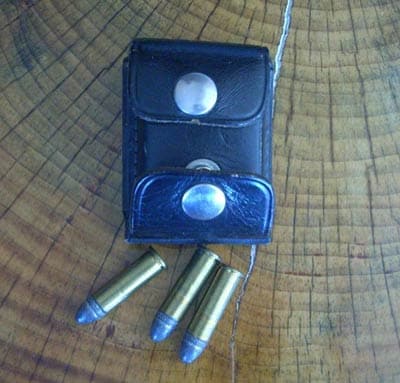 It would fall to HKS Tool Products Company in Dayton, Kentucky to develop a totally new invention that would expedite revolver reloading astronomically: the HKS speedloader.  The device holds the rounds for a revolver at once, which users dump into an empty cylinder.  With a simple turn of a knob, the cartridges are released and the shooter just went from empty to full. HKS advertised the new loader as the “five second reload”. I can tell you that in the right hands a revolver can be loaded much faster than that and in my opinion there has not been a better way of reloading rounds in a revolver to date. 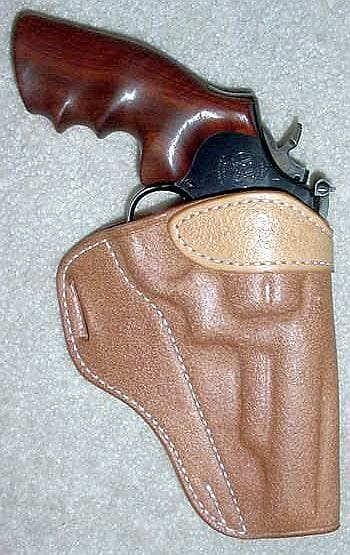 Today speedloaders for revolvers are still heavily used, from the traditional HKS design, which has not changed over the years, to more advanced push-button and spring-loaded designs. Single action revolver shooters still rely on those old cartridge belts or the occasional spare cylinder for us black powder lovers.

The point is that, for as long as people have been shooting guns, there has always a desire to reload them faster in order to get back into action as quickly as possible and while semi-auto pistol magazines may seem like the winner when it comes to speedy reloading, technology has allowed the revolver to keep pace.  In the right hands one can be changed as fast as the other.