The HDH 20-shot Revolver: An MBA Case Study in Marketing

At the turn of the 19th century, a little known (at least to Americans) revolver and pistol maker, Henrion Dassy & Heuschen or HDH, set up shop in Liege, Belgium and began manufacturing medium grade and mid priced weapons, mostly selling to private citizens in Germany and her colonial interests. The company’s flagship product was a mechanical marvel, a 20 shot revolver today called either the HDH or MDH revolver, though variously marketed at the time of its production under several butch sounding names like the Wild West, Terrible, Redoubtable or the MDH Machine Gun. It was sold under these different names in different regions of the world, mainly to private citizens and also mainly through the most innovative mass market distribution method at the time, Mail Order. 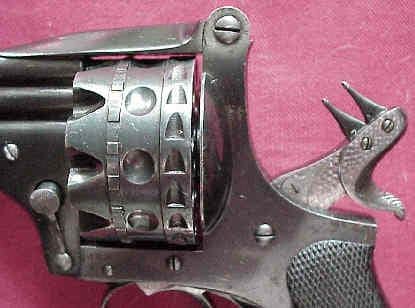 The HDH Revolver uses superposed matched octagonal barrels in 6.35 mm or 6.5 mm for the 20 shot versions or a larger calibre 7.65 mm (.32 S&W) for the 16 shot version, all discharged sequentially and getting the gun to fire sequentially was nothing short of ingenious. To line up with the barrels, the HDH has dual superposed cylinders, comprised of offset ten chamber rings.  The outer ring aligns with the upper barrel and the inner ring with the lower barrel, all moving in sync.

My first thought upon seeing this esoteric firearm was that with 20 rounds, the weapon must have appeared to shoot like a gun in a movie (you know, the kind with a seemingly inexhaustible supply of ammo) to those alive in the early 1900s.  Aside from gassing off 20 shots, a well designed ejector plate effectively clears all hulls in one motion which would have made reloads incredibly quick for the time period. And yet, for all of the weapon’s inherent sophistication, it is simple to operate and by all accounts (and there aren’t many) dependable. 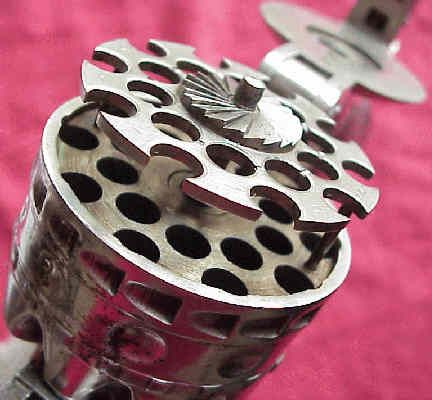 A largely commercial model, out of the box the revolver was meant to look handsome with nickel plated finish and checkered walnut grips.  The MDH sold through German mail order houses, allowing the company to use all available German shipping routes to penetrate the African and Indonesian markets initially and ultimately to facilitate distribution on all Continents.

In this sense (the business sense) the team of Henrion Dassy & Heuschen were very clever.  With an innovative product that worked as advertised already in their pockets, all they had to do was concentrate on selling the name—and why limit yourself to one name? The same gun was baptized under a series of outlandish brand names using Mail Order catalogues—the equivalent of the Internet in 1890s, but with no background checks on sales, in fact no red tape what so ever.  Just ship the revolvers and let the money roll in. 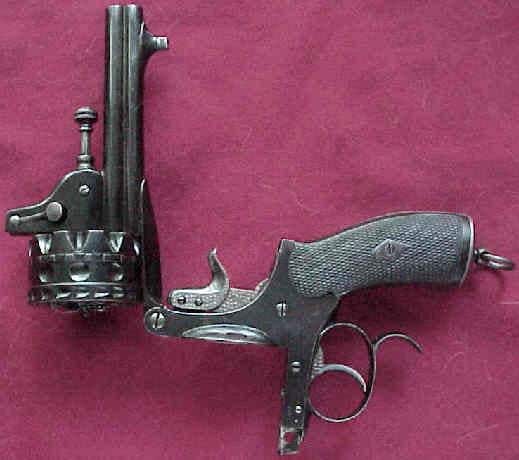 The HDH wasn’t even their first foray into mass marketing. Initially HDH tested their Mail Order marketing experiment in Europe with their version of a ‘Vélo-dog’ style pistol, just a blatant knock off of C.F. Galand of Paris’ pocket revolvers. HDH called their version the Puppy, and it was a fairly well constructed compact 6-shot revolver. They targeted their mail order campaigns by language across Europe and made a small fortune.

As it turned out, a peculiar phenomenon had developed in Europe amongst bicyclists (another novel device taking off in popularity at the time) many of whom had taken to carrying small, portable revolvers with them on long rides. At the time it was deemed perfectly acceptable to shoot an attacking dog (hence the name) and there were even humane  pepper cartridges in case you didn’t want to nail du chien bâtard in the face with lead.

The Puppy verified HDHs marketing model, and with a copied weapon, they ramped up production and then introduced their patented 20 shot revolvers through Mail Order to world wide appeal. They were manufactured from 1893 to 1910 by HDH and even then still generating profit under licence until 1928—a long production life for a novelty weapon of that era.

This revolver is something in and of itself but the marketing savvy and market timing employed by Henrion Dassy & Heuschen makes it a must purchase for collectors worldwide, as well as an early MBA case study.  Original examples range in price anywhere from the $6000 to $10,000.