The Pfeifer-Zeliska: The Revolver in .600 Nitro Express (VIDEO)

Pfeifer Waffen is an Austrian manufacturer of revolvers that are only unique in one way: they are the some of the largest handguns in the world. And what started out as a custom order is now some of their bread and butter. 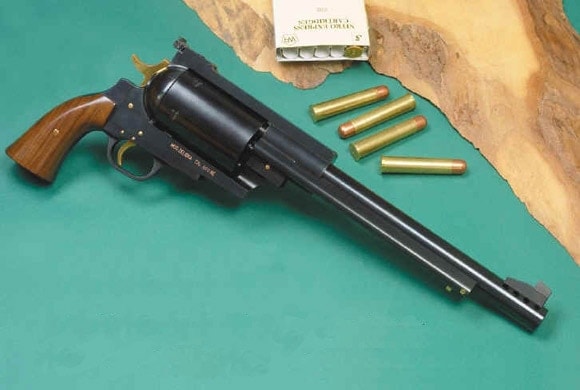 The first Pfeifer-Zeliska revolver was a request by a Swiss shooting enthusiast by the name of Zeliska—so the legend goes—who wanted a handgun chambered in the fantastic .600 Nitro Express, one of the cartridges designed at the peak of the big game hunting era.

Designed in 1903 by Holland & Holland, the .600NE loads a .62-inch, 900- to grain bullet into a rimmed case and fires it in excess of 2,000 FPS, producing more than four tons of energy in foot-pounds.  Guns chambered in .600 NE had so much recoil they were often not used for hunting, just big-game-related emergencies, like accidentally sneaking up on a bull elephant.  Not to be left alone, it was later succeeded by the H&H .700 Nitro Express.

So Pfeifer made Zeliska one gun, but have since continued to produce them upon request.  Naturally, not everyone wants to shoot .600 Nitro Express, so they manufacture them in other calibers, such as .458 Winchester Magnum.

These guns may be novelties, but they take what they do seriously. A Pfeifer-Zeliska weighs 13¼ pounds and has a ported 13-inch barrel.  The five-shot cylinder alone weighs 4½ pounds; the revolver is made from a tungsten-steel alloy.  It’s somewhat of a scaled-up single-action Colt, with a gate on the right side of the cylinder. 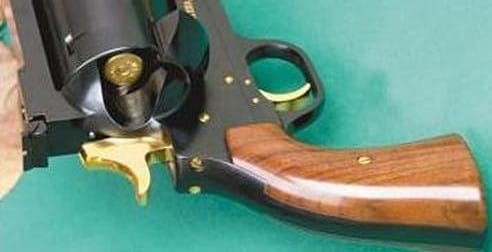 The hammer, the trigger, the pins, and a few other parts are all gold-plated, which is done for both looks and corrosion-resistance, but also for looks.  The caliber and manufacturer’s info is engraved and inlaid with gold, too.

Sure enough, the going rate for a Pfeifer-Zeliska is, last time anyone asked, doing some euro to dollar conversions… at least sixteen to eighteen large.  Suffice it to say, the fit and finish are expected to be excellent. 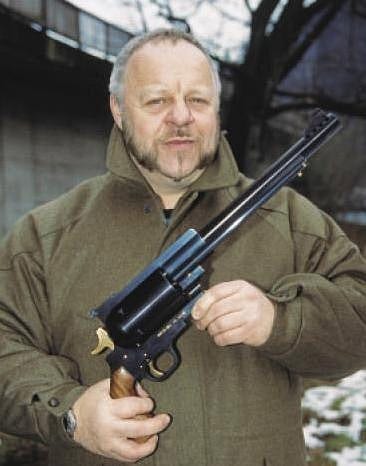 What would you do with a .600 Nitro Express revolver?