Caracal and Caracal USA are getting to stick quite the feather in their hat with the announcement that J.J. Racaza will be joining Caracal USA’s USPSA team, shooting Production division.  J.J. Racaza is a renown pistol shooter with many awards, nationally and internationally.

Racaza’s choice to join Team Caracal USA is a personal one.  According to his Facebook page, “When I officially made the decision to look for a sponsorship in the Production division, I’ve always told myself that I will not sell my soul for the contract.  I planned on going with the gun that I believed in the most to compete with.  In addition, I’ve also always been a fan of trying to start with the company to have a chance to “grow” with it.  I was fortunate enough to be in a position to have a decision between a few gun companies.

“With that said… CARACAL USA!!! :-)  For those of you that are not familiar with this company… It is a company with a lot of promise and an amazing product.” 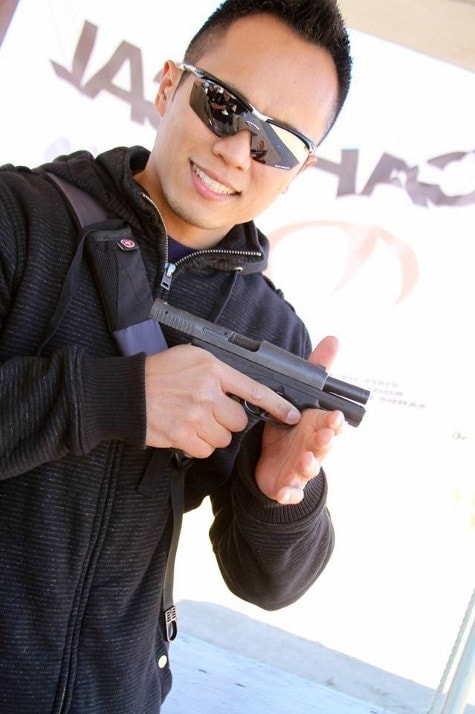 And we agree.  Caracal’s pistols are remarkable for a first product by a new company.  They have a strong pedigree, however, as the Caracals were designed by Wilhelm Bubbits of Steyr fame.  These pistols are a decide improvement on Bubbits’ previous designs, with ergonomics being one of several major areas of focus in the design.

The grip angle and shape are less aggressive and svelte.  The full-size and compact F and C models are just 1.1 inches wide at the widest point, the slide release.  The gun has a single trigger safety although a manual safety is available as an option, primarily for military and law enforcement contracts.  The magazine release is ambidextrous.

What makes the Caracal stand out so much is the trigger.  It is absolutely one of the best in the striker-fired world and more like a pretty good factory single-action trigger.  This is due to the Caracal’s extremely simple design with just 29 parts, not including the magazine.  And that includes pins and springs; Caracal isn’t gaming that number by calling assemblies single parts. 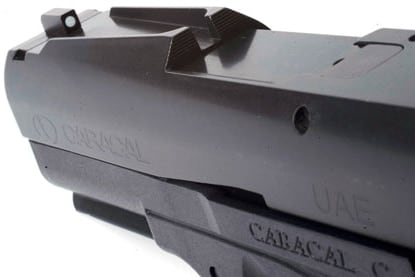 Capacity is 18+1 in 9mm and 16+1 in .40 S&W for the full size and 15+1/13+1 for the compact.  The compact comes with optional “Fast Sights” which are true to their name.  The rear sight is milled into the slide in front of the ejection port and can be swung around with incredible speed.  Sight acquisition is almost automatic.

So congratulations are in order, to Caracal for having a product that drew Mr. Racaza’s eye and to J.J. Racaza as well, for endorsing a great gun that is relatively still unknown despite its many qualities.

J.J. Racaza, in addition to being a double Grand Master in the USPSA came in third in the first season of the History Channel’s Top Shot.  Other prominent competitors from Top Shot have said some really nice things about Caracal’s pistols, including Ian Harrison and Caleb Giddings.