According to the findings, companies in the U.S. that manufacture, distribute and sell firearms, ammunition and hunting equipment currently employ 98,752 people and generate an additional 110,998 jobs in supplier and ancillary industries.

“During difficult economic times and high unemployment rates nationally, our industry actually grew and created more than ten thousand new, well-paying jobs,” said NSSF President Steve Sanetti. “Our industry is proud to be one of the bright spots in this economy.” 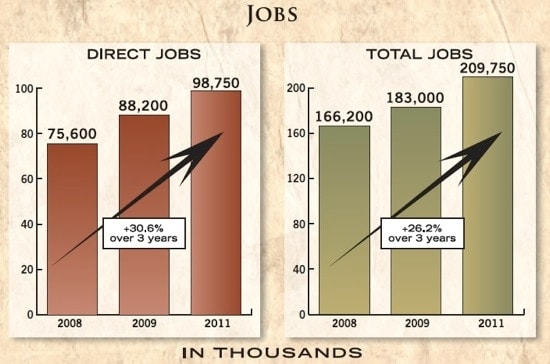 As NSSF President Steve Sanetti mentioned, what’s great about the growth in jobs in the firearms and ammunition industry is that they’re not menial, low- paying jobs, but good jobs with benefits.

With unemployment hovering around 8 percent, it’s good to know that some industries are still looking to expand their workforce. 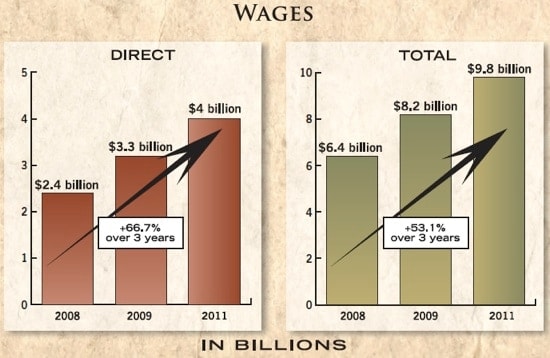 If the thousands of jobs the industry has created over the past few years isn’t enough to satisfy skeptics, then the $2 billion in taxes paid by the gun community and its employees should silence them.

Of course, it should be noted that these taxes include the Pittman-Robertson excise tax (a tax the industry pays on all the products its sells), which is the most significant source of wildlife conservation funding in America. 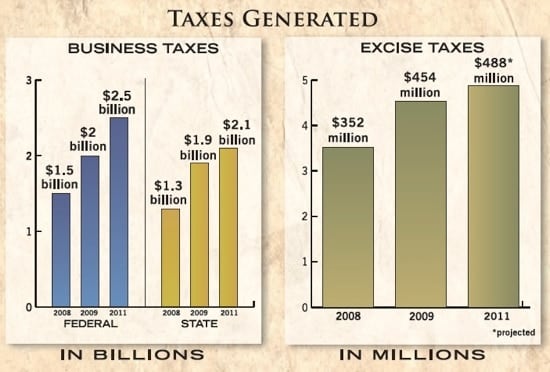 In terms of gross economic impact, the firearms and ammunition industry was responsible for $31.84 billion in total economic activity.  Sure, last year the U.S. Government ran up a $1.65 trillion budget deficit, but one can argue that the gun community is doing its part – however inconsequential it may seem – to right the ship.

“Ours is an industry with a rich history and heritage that remains vital and important to the American economy today,” V.P. Keane added. “To millions of Americans, our industry’s products represent liberty, security and recreation.” 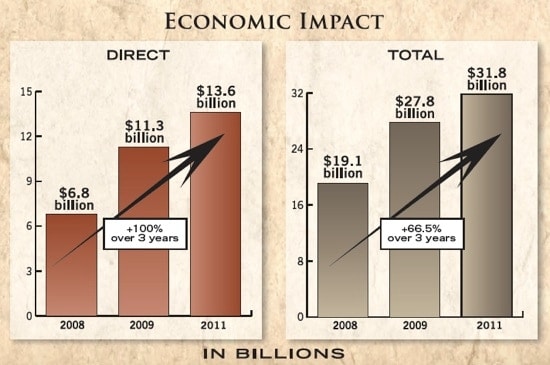 The National Shooting Sports Foundation is the trade association for the firearms industry. Its mission is to promote, protect and preserve hunting and the shooting sports. Formed in 1961, NSSF has a membership of more than 7,000 manufacturers, distributors, firearms retailers, shooting ranges, sportsmen’s organizations and publishers.

Pictures courtesy of the NSSF