A new exhibit is coming to the National Firearms Museum this June, the Theodore Roosevelt Collection. Teddy Roosevelt is famous for his love of shooting, hunting, and battle. He was an avid gun user and collector, and a great fan of Winchester lever-action rifles, and one of his most-used and prized Winchesters will be a part of it.

That Rifle is a Model 1894 likely chambered in .30-30, which he often called his “Little .30.” Roosevelt instantly became a fan of the cartridge when it was first introduced. He was such a fan of their rifles that he tried every new model introduced, and when he felled an antelope at about 180 yards he declared the .30-30 Model 1894 as “Aces,” and decided to get one for use at home in Long Island. 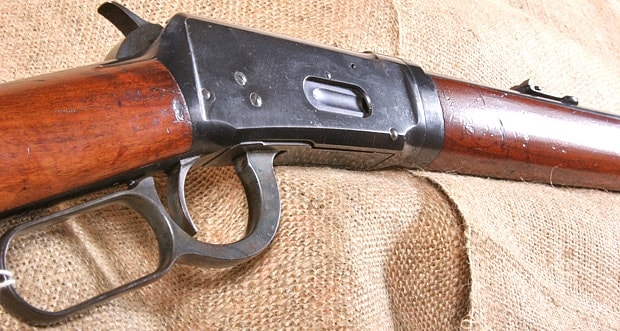 Chiefly purposed for varminting on and around his property, Roosevelt had it modified and suppressed with a Maxim silencer, as to be kind to his neighbors.  “The President’s rifle comes with the usual Roosevelt bells and whistles—the crescent buttplate, no raised check piece, as well as a little something extra; a threaded barrel. Yes, you guessed it, Roosevelt’s ’94 Winchester comes with it’s very own suppressor.”

While .30-30 was his go-to cartridge for culling local pests, Roosevelt was exceptionally fond of another smokeless powder chambering, .405 Winchester.

“Introduced in 1904, the .405 Winchester cartridge was the most powerful round ever developed for a Winchester lever-action rifle. Roosevelt had to have not one, not two, but three 1895s in .405, and it proved very effective on almost every sort of game in Africa. The big 300 grain bullet was a hard hitter with an initial muzzle velocity of more than 2230 fps.

“In perhaps the best Presidential endorsement of any product ever, Roosevelt wrote in Scribners Magazine ‘The Winchester .405 is, at least for me personally the medicine gun for lions!’ He created a sensation for the gun that lasts, to this day. The .405 was discontinued in 1932. However rifles chambered in ‘Teddy’s caliber’ continue to bring a high premium over examples that are chambered in a round still readily available. In 2000, Winchester announced the re-introduction of the Browning 1895 in .405 caliber, demonstrating that the spirit of ‘Big Medicine’ is stilt alive and well.” 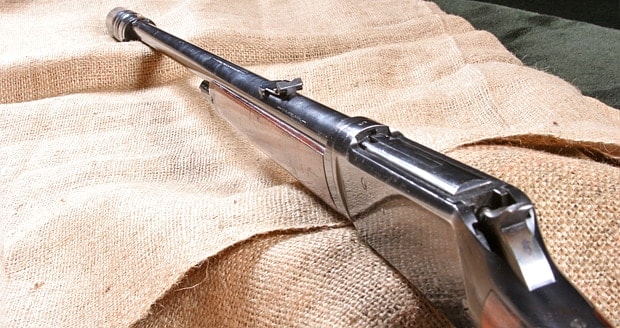 That being said, the Model 1894 is one of Winchester’s greatest all-time successes, having made over 7 million of these rifles in various calibers, with many other companies manufacturing guns patterned on the design to this day.

We have to wonder what other guns will be a part of the Theodore Roosevelt Collection, and we look forward to next month when it is unveiled. Read more about it and the other exhibits at the National Firearms Museum.