A lot of people are OK with recommending .22 LR firearms for self-defense on the (correct) adage that any gun is better than no gun. In that sense, we don’t, and can’t disagree. In the same vein, if all you have is a crossbow and beer stein, then scheisse, it’s better than nothing. But if you’re making an argument for .22 LR based on the numbers, you’re working from an incomplete data set.

The numbers, in this case, would be Greg Ellifritz’s study, “Firearms Stopping Power: A Different Perspective.” The survey took more than 1,000 different shootings and separated them by calibers used, and to what effect. We called out that brief study for not including more information, pertinent data that would allow the numbers to be studied more precisely, like, what types of bullets were used in the shootings and what were the circumstances of the shootings.

From his conclusions, Ellifritz said, “The results I got from the study lead me to believe that there really isn’t that much difference between most defensive handgun rounds and calibers. None is a death ray, but most work adequately…even the lowly .22s. I’ve stopped worrying about trying to find the “ultimate” bullet. There isn’t one. And I’ve stopped feeling the need to strap on my .45 every time I leave the house out of fear that my 9mm doesn’t have enough ‘stopping power’. Folks, carry what you want. Caliber really isn’t all that important. 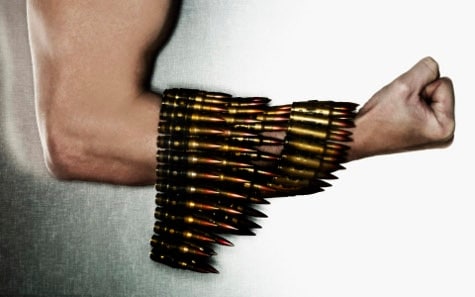 “Take a look at the data. I hope it helps you decide what weapon to carry. No matter which gun you choose, pick one that is reliable and train with it until you can get fast accurate hits. Nothing beyond that really matters!” (Emphasis ours.)

And that, simply enough, is why we don’t recommend any rimfire cartridges for self-defense purposes, not stopping power or anything else.

The truth is that no rimfire cartridge will approach the reliability of centerfire cartridges. Of course, some rimfire ammunition is better than most, like the CCI Stinger and Velocitator, Remington Viper or Federal GameShok. Also, while often not charged for high pressures or loaded with expanding bullets, high-grade target ammunition is often more reliable than cheap bulk .22 stuff.

But when the best rimfire ammo is only as reliable as some of the worst centerfire ammo, it’s time to start looking for another chambering.

If it’s about recoil management, using soft-shooters, there are centerfire options. Two “mousegun” calibers stand out, .25 ACP and .32 ACP. These centerfire cartridges both fit inside the (rather broad) power envelope of .22 LR, but both will ignite much more reliably and both have larger meplats for expanding bullet performance. There are many guns chambered for those calibers that people can and do stake their lives on, even if the actual performance of the cartridges isn’t so hot.

But when you enter the .380 arena, you’re options are just outstanding. Locked-breech semi-automatics, like the Ruger LCP, SIG P238, and Colt Mustang, just to name a few, are all extremely soft-shooting, with recoil that really anyone who can pick up a gun can handle, and they’re all chambered in a much more respectable caliber. 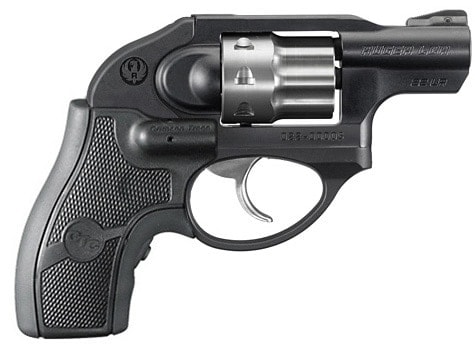 Still, if you absolutely, positively must carry a rimfire handgun, please make it a double-action revolver. If it comes to the point where you need to pull a trigger to get out of a bad situation, and it goes “click,” at least with a double-action revolver all you have to do is pull the trigger again, and hope for “Bang!” Ruger’s LCR in .22 LR is a perfect example. It has eight shots and a million holsters options for every type of carry imaginable.

A gun is better than no gun. But a rimfire that misfires is no gun. Not everyone can handle full-house .357 Magnums. Some people can’t handle 9mm semi-automatics. That doesn’t mean they should go unarmed. But bad advice is bad advice; if you’re going to carry a handgun for self-defense, make it centerfire. If you have to carry a rimfire handgun, make it a double-action revolver, or some other manually-operated firearm.

People have been stopped with every caliber gun ever made, just ask James Brady. (Too soon?) No matter what you carry, make sure it’s reliable. Not being rimfire goes a long way to achieving reliability.