Subcompact Darwinism: The evolution of the Ruger LCP

A classic example of evolution and survival of the fittest, the Ruger LCP is not only a product of the company’s own R&D process, but of one much longer. Beginning as early as 1903, the subcompact 380 has undergone many evolutionary steps over the past century. In each, the pistol grew more compact and added improvements until finally the Ruger LCP stood at the end.

John Browning never worked for Ruger; however, he without a doubt initiated those first evolutionary steps towards what we now know as the modern .380 subcompact. He designed the 1903 Colt Model Pocket Hammerless and no matter what you would assume by the word ‘hammerless’ in the firearm’s title, it was not striker fired. The hammer was very real, just shrouded within the slide and thus snag-less enough to be drawn from the pocket. 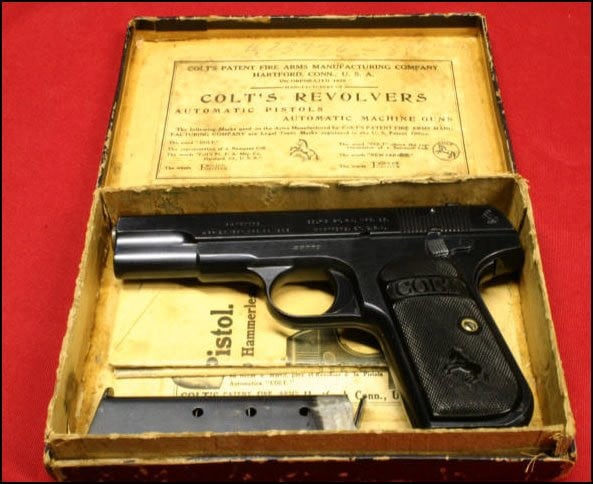 In 1910, another pistol stepped forward from the evolutionary goo—the FN Model 1910. With a grip safety, external safety, and magazine safety, to shooters of the day this gun was a very modern concept. The pistol could be changed out from .32 ACP to .380 just by swapping barrels. Manufacture of this variant continued until the 1980s and was very commercially successful. It should be noted that this was the first striker fired .380 ACP design. The most important thing about this pistol was that it also pioneered the use of the operating spring surrounding the barrel in a blowback pistol. The Walther PP later copied this. 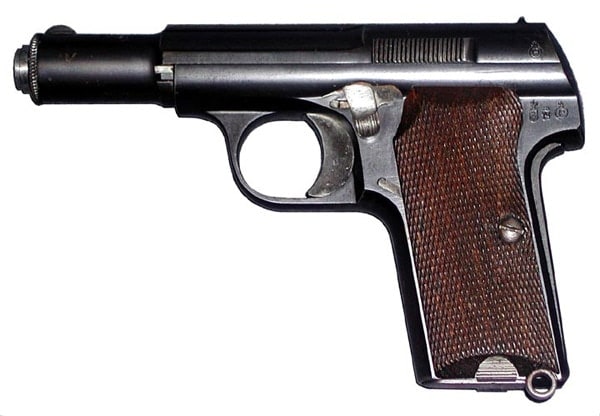 After the First World War, the Astra Company began production of their model 300. With a 7-shot magazine in a compact frame that weighed in at just under 20-ounces, the  blowback pistol was originally developed for the Spanish Prison Service, and later used by the Spanish Navy and Nazi Germany in World War Two. However, its single action design and blocky-feel were obvious areas for improvement. It is now extinct.

In 1929, Walther produced a small, sleek blowback pistol for use by law enforcement. Originally chambered in .32 ACP, the Walther PP (Polizeipistole or ‘Police Pistol’) found quick favor in Central and Western Europe. 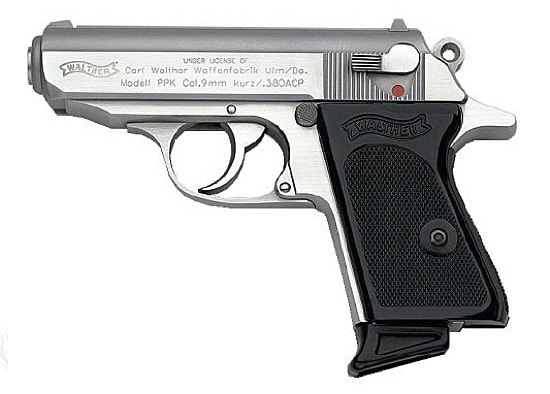 This nifty little pistol was double action and even had a manual safety and decocker. Not long afterward, an even more abbreviated model designed for plainclothes investigators came about. Dubbed the Polizeipistole Kriminalmodell (Police Pistol Detective Model) and abbreviated to PPK, it is still popular.

By 1939, the PP and PPK were starting to be delivered in large numbers to the Wehrmacht, many in an up-armed caliber, the 9 ×17mm Browning Short/.380 ACP. In this profile the smallest, most effective subcompact .380 of the time was perfected. The Soviets liked it so much their Pistolet Markarova in the ballistically similar 9x18mm Makarov is a direct homage. Weighing in at 21-ounces empty with a 3.3-inch barrel contributing to an overall length of 6.1-inches, the PPK was the king of the hill in subcompacts for decades.

For several decades, advancement in the 380 subcompact market stalled. Some marginally new designs rehashed legacy firearms and in the tradition of ‘if it aint broke, don’t fix it’ carried the species forward. During this period, the first Bersa .380s became popular on the import market. These designs, including the 383DA, and later the model 83 and the Thunder, were outwardly near-replicas of the old Walther design down to the specifications.

The OMC Company in El Monte, California began work on an extremely small double action pistol that was billed as the smallest, most powerful backup weapon available. By 1992, they had most of the bugs worked out of the design, which they eventually made DAO. Arcadia Machine & Tool, better known as AMT took over the design and marketed it as the AMT Backup. At 18-ounces and 5-inches overall with a 5-round magazine, the backup introduced such features as the loaded chamber indicator window. A simple design with only 32-named parts the AMT still had room for improvement.

In 2003, a major turn was taken in the development of the subcompact .380 when Kel-Tec CNC of Cocoa, Florida introduced the P-3AT. A modification of their existing and equally revolutionary P-32, the P-3AT extensively used polymers in construction to decrease weight and size. Another weight reducer was the concept of using a locked breech instead of the standard blowback design parroted by previous mouse guns.

With a blowback design, it is necessary to over engineer the slide, making it heavy in order to slow the recoil down and absorb it. With a locked breech, the slide does not need as much beef and is still safe. The P-3AT tipped the scales at a svelte 8.3-ounces and by using a 2.745-inch barrel produced a 5.14-inch overall firearm that carried 6-rounds of .380ACP. It should be pointed out that this is half as much as an AMT backup, and only one third as much as Mr. Browning’s original 1908 Hammerless. However, it did without several basics such as a slide stop; two steps forward and one step back.

In 2008 the next evolutionary step progression came forth and walked slightly more upright, that of the Ruger LCP. This 380 ACP design co-opted elements of all former designs, swirling them around to create a truly ‘evolved’ firearm. 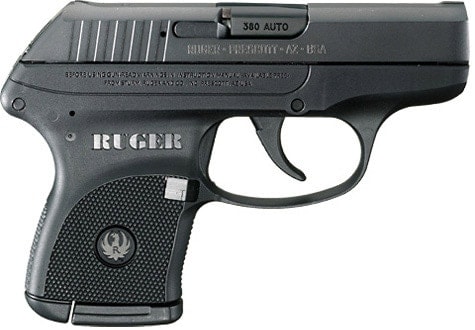 From the 1908 Hammerless (that actually wasn’t), you see the shrouded and bobbed hammer, slide stop, and 9x17mm caliber. The LCP is double action only with a loaded chamber indicator like the AMT before it. It is polymer with a locked breech like the P-3AT. The fit and finish is a hat-tip to the Walther PPK. Importantly in the evolutionary train, it adds an improved extractor with force provided by an internally housed coil spring for increased reliability.

As you can see in each step of the evolutionary cycle of compact to subcompact .380 pistols, the basic tenet holds true: with each step, they become more advanced. Some are evolutionary dead ends, like the Astra 300. Some are a catalyst for further growth, like the Walther PPK.