One of the most influential filmmakers of the generation is Quentin Tarantino. His ‘war movie’ Inglourious Basterds, while entertaining, did exhibit a rather interesting firearm that actually did exist—the Glove Gun. 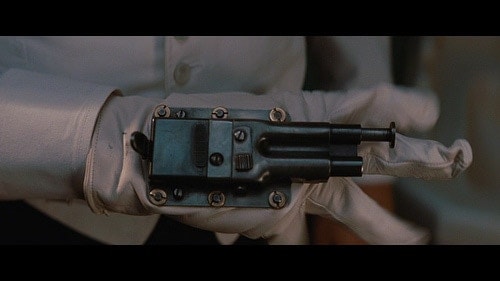 The origin of the Glove Gun

During World War II, the U.S. Navy operated from hundreds of isolated airfields located on atolls in the Pacific. Naval Construction Battalions (Seabees) 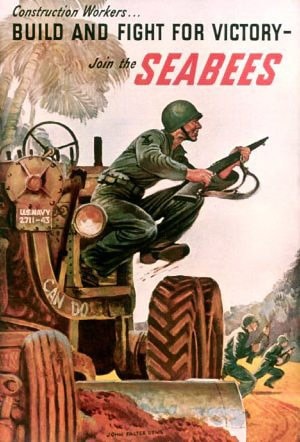 carved these fields with excavators and tractors along on the edge of dense jungle and these heavy equipment operators often had to fight as they built—Japanese holdouts could come barreling out of the tree line at any time to attack them in an effort to disrupt the war effort.

In response, US Navy Capt. Stanley Martyn Haight designed a last line of self-defense for these operators, something they could wear while on the job and have at least a hope of fighting off a close range attacker. His design was a simple single shot pistol affixed to the backhand side of a work glove. The Sedgley Company produced his design and prototype in 1943-1944.

The Reginald F. Sedgley, an inventor with several patents for ratchet wrenches and socket-related tools, founded R.F. Sedgley, Inc. The company was located in Philadelphia and began operations around 1916. R.F. Sedgley’s best-known products were the line of “Hexall” brand socket sets, which were offered by a number of industrial distributors. They also manufactured a number of small ‘bicycle guns’ in tiny calibers and the company started to use surplus Springfield and Krag actions to make custom hunting rifles between the wars (Sedgley’s factory was conveniently located in the same neighborhood as the U.S. Marine Corps Depot of Supplies).

Sedgley often bid on a number of small Navy contracts, including 12-guage flare guns and the Glove Gun. It should be noted that Sedgley also produced several curio firearms such as the Sedgley Fountain Pen Pistol, as well as gas guns and projectors and introduced the unique .22-4000 Schnerring-Sedgley round. The business closed in 1957.

Construction and Design of the Glove Gun 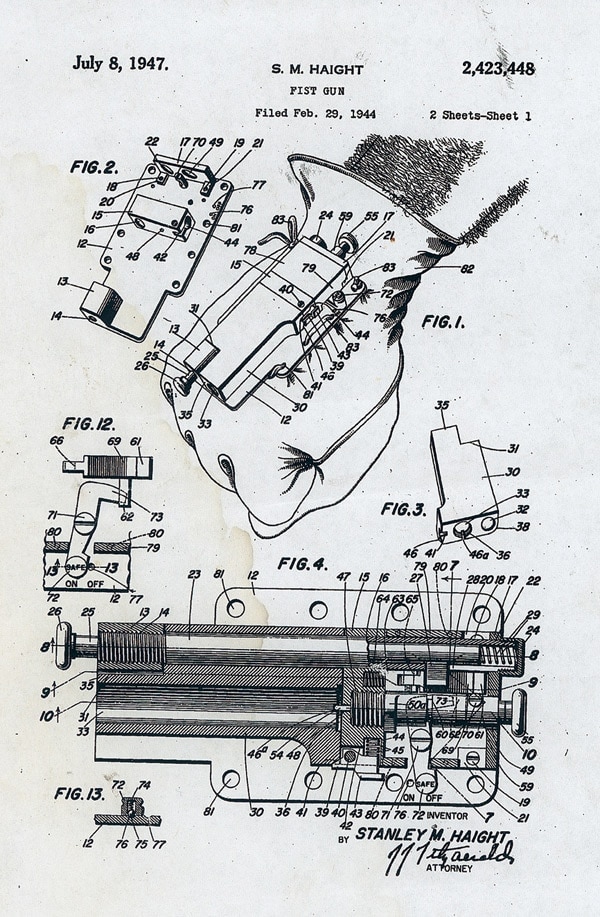 The Sedgley was a simple 2 7/8-inch, smoothbore barrel with a trigger mechanism attached. The breech swiveled open and closed to load a single .38 S&W round (although some reproduction models were made in .38 Special) and a simple sliding safety prohibits accidental discharges. The firearm has neither frame nor grip and is attached to the backhand side of a leather work glove with six brass rivets. To fire the loaded weapon, the user makes a fist and literally punches it forward with the safety lever disengaged. When the edge of the plunger trigger, at the front of the firearm to the left of the barrel, makes contact with the target, the single round fires.

Status with the BATFE

In the current AFT C&R publication the “OSS Glove Pistol, caliber .38 S&W or .38 special,” is listed under Section III as a weapon removed from the NFA list as collectors’ items and classified as a curio or relic under the GCA stating: “The Bureau has determined that by reason of the date of their manufacture, design, and other characteristics, the following firearms are primarily collector’s items and are not likely to be used as weapons and, therefore, are excluded from the provisions of the National Firearms Act.”

A number of museums retain examples but there are a few specimens circulating among collectors in the $3000-$7000 range.

Use by the military

Information about the Glove Gun’s actual use is limited.  Capt. Haight and the U.S. Navy filed a patent application for the “Haight Fist Gun” on Feb. 29, 1944, and received United States Patent US2423448. It is estimated that Sedgley produced only 52 of the weapons including prototypes. The official designation of the Haight Fist Gun by the U.S. Navy was, “Hand Firing Mechanism-MK-2.”

At least one of these was issued to heavy equipment operators of the 31st Naval Construction Regiment (Seabees) and Builder John Blocker used it to dispatch a lone knife-equipped Japanese solider who had climbed on the back of his road grader.

Capt. Haight himself won the Silver Star in 1944 as Relief Group Beachmaster on the Blue and Orange Beaches during the assault on Leyte, Philippine Islands, after the regular Beachmaster had been incapacitated. He retired as a Rear Admiral, died in 1975, and is buried at Annapolis.

According to several books on Intelligence, the firearm was issued through OSS (the WWII forerunner of the CIA) circles as an assassination tool– although no single instance of its use can be confirmed or is claimed.

The National World War Two Museum in New Orleans has a Glove Gun in their collection that was issued to an officer of Beach Jumper Unit 7. These commandos faked amphibious landings to divert enemy troops from the real invasion beaches. According to curator Larry Decuers, “[A commando] was issued the glove gun with the instructions that it be used in the event that his boat was boarded by the enemy. With his hands raised above his head in surrender, the enemy would not be able to see that the glove was a weapon. If the enemy came in range, Hanna [the officer issued the gun] was to strike them in the head.”

Now that’s one heck of a movie-sized punch.