They both represented major changes in the world of handguns, been declared dead more times than Keith Richards and still boast dedicated groups of followers.  So, which of these granddaddies of the handgun world meant more to it than the other? Will it be lighter and faster or bigger and slower?

The .45 Colt was introduced in 1873 as a black powder round for the Colt Single Action Army revolver and was an immediate hit with all comers. It saw service with the U.S. Army first on the plains and then overseas in the Philippine Insurrection after the .38 Long Colt proved about as effective on the Moros as harsh language. Lawmen found the .45 Colt to be just the right ticket as well, a stouter round that put attackers on the floor and kept them there.

Though newer, more advanced cartridges came and went, the .45 Colt still hung on for years with offerings in both single and double action revolver from Smith & Wesson, Colt, and Ruger.

The Ruger revolvers took the .45 Colt into new territory allowing, the round to rub elbows with the .44 Magnum. When it came to handgun hunting because few 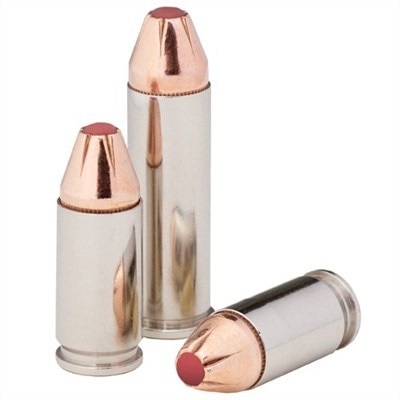 things in this world can argue with a heavy 250-grain slug nearly a half of an inch in diameter.

The only area where a revolver chambered for .45 Colt never seemed venture into was the realm of true concealed carry. Even the New Service revolvers chambered in .45 Colt had to be cut down and had their trigger-guards and hammers trimmed down and in some cases removed altogether.  These are still very large handgun. You could get away with carrying one in colder weather, but not in the summer time.

If the .45 Colt was born to be big and slow (for maximum effect on organic targets), the .357 Magnum was, at least in terms of ballistic philosophy, intended to be the exact opposite.

Law enforcement officers, tired of seeing their .38 Special rounds not penetrating car bodies of the day or the criminals behind them, needed something more and after a couple of years of development the .357 Magnum was introduced in 1935 by using the .38-44 as a stopgap.

The round became an instant hit, but not just with law enforcement although it certainly found a home there. The first .357 Magnum 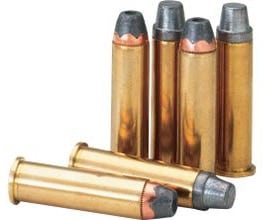 revolvers from Smith & Wesson were used to hunt deer, elk, moose, tigers, and even walrus, something never heard of with any handgun at that time. Its small 158 grain bullet was traveling at 1,500 fps, something never dreamt of before.

Car bodies no longer offered protection to criminals and soon the FBI and other agencies were clamoring for the new guns and powerful rounds to go with them. As the technology got better, the revolvers chambering the .357 got smaller, first with the Smith & Wesson K-frames which became very popular in law enforcement and for concealed carry those who were brave enough could buy a tiny snub nosed revolver chambered in the first Magnum cartridge, still an option today, although the blast and recoil can be intimidating to some.

So which of these two cartridges rules the roost? The .45 Colt was a tried and true manstopper and can still be today, but only if you want a big revolver. Most guns chambered for it are the single action variety, either a Colt or one of its copies or a Ruger.

There are some double action revolvers like the Taurus Judge and Smith & Wesson Governor but they are big and bulky and are relying more on their ability to fire .410 shells than .45 Colt.

You can find used Smith & Wesson double action revolvers, especially the fine Mountain Gun occasionally and the Colt New Service. The round itself is a good one, but handloading is really necessary to bring out the beast, and in the single action copies of the Colt SAA, loads will have to be kept to the lower end of the spectrum while the Ruger revolvers can take a heck of a lot more. When it comes to hunting, the .45 Colt is a very short range proposition, certainly one hundred yards or less because even in a Ruger it does not have the ballistics for long range. Close up with the right bullet, a whitetail deer will certainly fall to one.

The .357 Magnum though has done it all; it has a stellar record when used for personal defense even though today’s factory ammunition is a lot slower than the original fodder from 1935. Even though it never served in the military (other than in private hands) the law enforcement community welcomed the .357 and occasionally one can still be seen on the job today, usually by someone close to retirement.

While there are few double action revolvers chambered in the .45 Colt, there are dozens in .357 all the way up to the big Smith & Wesson N-frames to the tiny snub nosed revolvers, ideal for every day concealed carry. You can also get them in single action revolvers as well, and the odd semi auto pistol like the Desert Eagle or the Coonan. 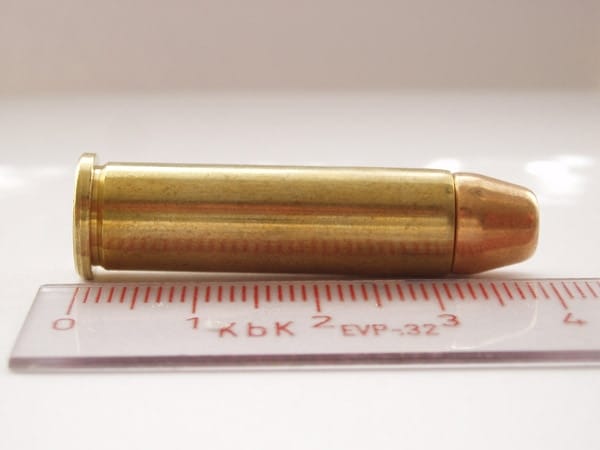 When it comes to hunting, the .357 Magnum has taken a backseat to the bigger rounds like the .44 Magnum and larger, but it can still hold its own on deer and the like in both handgun and rifle form as long as the right bullets are used. Out to one hundred yards with a skilled shot, deer, coyotes, black bear and mule deer are in for a hot time when a .357 is sent their way.

Each of these two rounds bring a lot to the table, and I have owned and shot several guns chambered for both, but the .357 Magnum is a bit more versatile, and can be used for pretty much everything from small game to big game to personal defense and concealed carry much easier than anything in 45 Colt. Still the .45 Colt is no slouch, but in this gun writer’s humble opinion, it is just not quite as good as the little .357.