LMT and the Rifle Defending the Olympic Games

Lewis Machine and Tool (LMT), an American company based in Illinois, is proud to be the company whose rifle watches over the Olympic Games, in the hands of the snipers of the Royal Air Force, of course. The rifle, the L129A1 Sharpshooter, has been in service with the armed forces of the U.K. since 2010, when it was adopted by the British Army.

“From the beginning, LMT has been proud to assist soldiers and law enforcement officials in protecting our country,” said Monica Sipp, director of sales and marketing. “We are equally proud that our products are being used to protect the Olympics, an event which fosters global unity.” 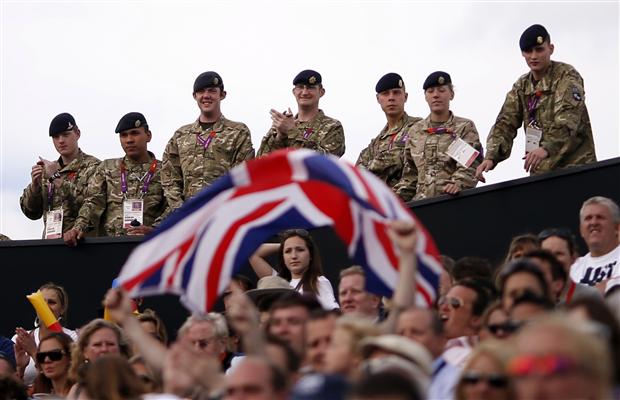 The U.K. takes Olympic security seriously. After the American security contractor G4S announced that they would be unable to supply security in numbers demanded by the U.K. government, they rolled out the carpet for the military. Numbering over 18,000 in addition to the 12,500 police officers and 6,000 private security contractors, they include forces from the Royal Marines and the Air Assault Brigade.

In truth, the British military was expecting as much, and had readied troops in advance of the Olympic Games. They even trained in advance to deal with the proven weaknesses of traditional security, like x-ray machines and scanners which can be circumvented, and employed “roving teams” to watch the crowds from within.

All in, for the 2012 Olympic Games, there are more British troops protecting London than there are deployed to Afghanistan. And they’re packing LMT rifles. They could do worse.

The LMT129A1 Sharpshooter is an AR-10-type rifle in a compact package. Chambered in .308 Winchester and fitted with a 16-inch barrel but weighing in at a hair under 10 pounds dry, the Sharpshooter is a choice marksman’s rifle. It is somewhat modular and can be adapted with different-length stainless steel cut-rifled barrels. It’s also pretty sexy just in general.

“Our company philosophy can be summed up in five words: Failure is not an option,” said Karl Lewis, LMT’s founder. “Police officers, soldiers and other brave defenders who use our products need to know that their weapons will not fail them. The soldiers guarding the Olympic Games can feel confident, knowing that they are holding precision instruments which will not let them down if a conflict should arise.”

While the L129A1 is a law-enforcement-only option, Lewis Machine and Tool absolutely caters to the general public. If you’re interested in the regular-citizen version, check out their .308 Modular Weapon System. The primary difference between it and the L129A1 is a significant lack of tan. Everything else, the 2-stage trigger, the SOPMOD stock and Hogue grip remain intact, as well as the core-quality LMT rifle.