United States Marines have often had a reputation for improvising battle weapons and tactics to suit their needs on the battlefield. One of these was the little known but very effective Stinger light machine gun of the last months of World War II.

The Browning M1919 was developed and put into production just narrowly too late for World War I but was the premier light machine gun of its day. Weighing 31-pounds empty, it was capable of firing up to 400, 30-06 rounds per minute from its 250 round fabric belt. This allowed a pair of gunners to accompany small infantry units down to the platoon level and drastically increase their firepower. 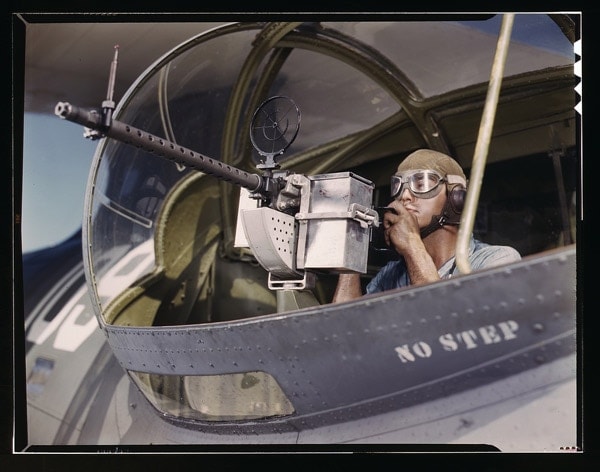 When large U.S. airplanes such as bombers and patrol aircraft in the inter-war period (1919-1941) were found to need protection from attacks from the rear and sides, the military turned to the M1919. The weapon was greatly modified with a thinner barrel, finely machined parts with lightening cutouts, and the use of very thin stampings. The modification, dubbed officially Browning Machine Gun, Cal.30, M2, Aircraft, was simply known as the ANM2. The ANM2 was a third lighter than the standard M1919 at on 21.5-pounds and fired at a blistering 1350-rounds per minute.

The weapon was issued as a rear self-defense gun on the SBD Dauntless Dive Bomber, the PBY Catalina patrol plane, the TBD Devastator, the Grumman TBF Avenger, and others in US Navy service during WWII. They were very effective; if the enemy obliged to get close enough, the plane was often obliterated by a hail of .30 caliber lead.  Indeed, one gunner reported after engaging a Japanese Zero that “His cockpit exploded, the canopy tore, and something flew out. I could see his face clearly, his body and head forced back against the headrest of the cockpit. The plane went almost vertically upwards and then fell smoking. That was the last I saw of him.”

During the war in the Pacific, the United States Navy and Marines lost thousands of aircraft not only to enemy action but also to accidents and mechanical failures. It was from some of these junked aircraft that enterprising marines obtained ‘surplus’ ANM2s and decided to modify them for use on the ground.

Early marines such as Private Bill Colby in 1943 used a re-purposed ANM2, still with the spade grips attached, simply by jury-rigging a bipod to the front of the barrel. In November 1944, Para Marine Sergeant Mel J Grevich, of the machine gun section G Company, 28th Marine Regiment, 5th Marine Division, began a more complex adaptation. With the blessing of his commanding officers all the way to the battalion level, he began manufacturing the new weapon in Hawaii while the 5th MARDIV waited to invade Iwo Jima.

Taking surplus ANM2 and parts acquired “from God knows where,” Grevich manufactured six finished weapons with the help of Private First Class John Lyttle. Lyttle for the record said years later of the base machinegun parts, “I don’t recall how or where we got them.” The design took the ANM2, removed the spade grips, added a simple trigger to the firing solenoid, used M1 Carbine replacement stocks for a grip, attached a BAR bipod to the front, gave the whole thing a 100-round box magazine that held a linked belt of ammunition, and painted them a camouflaged color. The result was a weapon just over forty inches long, weighing in at a manageable 25-pounds, and capable of firing 30-06 rounds at a rate three times faster than the standard M1919A6 of the day.

They were not pretty, but they could drop it like it was hot so to speak. Each of the Stingers as they were called was dubbed with females’ names. Mel’s example was named “Betty Ann.”

The Stinger on Iwo Jima

Mel Grevich and the rest of his division sailed from Hawaii in January 1945 towards the Japanese home islands. Each of the six Stingers in the hands of 28th Marine Regiment gunners served excellently. The only complaints were that the weapon’s extremely high rate of fire and thin barrel overheated rapidly. This was because the base weapon had been designed to be with the 300-mph slipstream of a 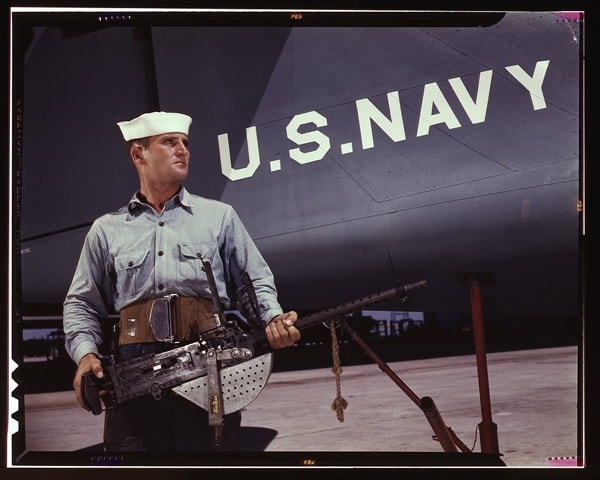 dive-bombing aircraft to cool it. However, the gunners soldiered forward and concentrated on short meaningful bursts to take out pillboxes and on-rushing enemy soldiers with great effect.

One of the six gunners with Stingers on Iwo was Corporal Tony Stein. Stein landed on Iwo Jima on February 19, 1945, with his unit, and in the initial assault, he was among the first members of his unit to set up a defensive position away from the beach. There he began to engage Japanese forces with his custom Stinger machinegun. Corporal Tony Stein held his Stinger light machinegun on target and destroyed enemy pillbox after pillbox by charging them alone and destroying the crew inside while firing away with his weapon.

The Stinger’s extremely high rate of fire and the momentum of the combat led quickly to Stein running out of ammunition. Kicking his shoes off and throwing his M1 helmet down, he ran back to the beach to get more 30-caliber ball for his weapon. As he ran, he picked up a wounded fellow Marine and carried him back to the beach to obtain aid. He repeated this feat no less than 8 times, bringing a wounded man back to the beach, grabbing a few belts of ammunition to fire at Japanese pillboxes, and then returning with a smoking weapon and another wounded Marine. Later that day he performed a rearguard action covering his unit’s withdrawal. 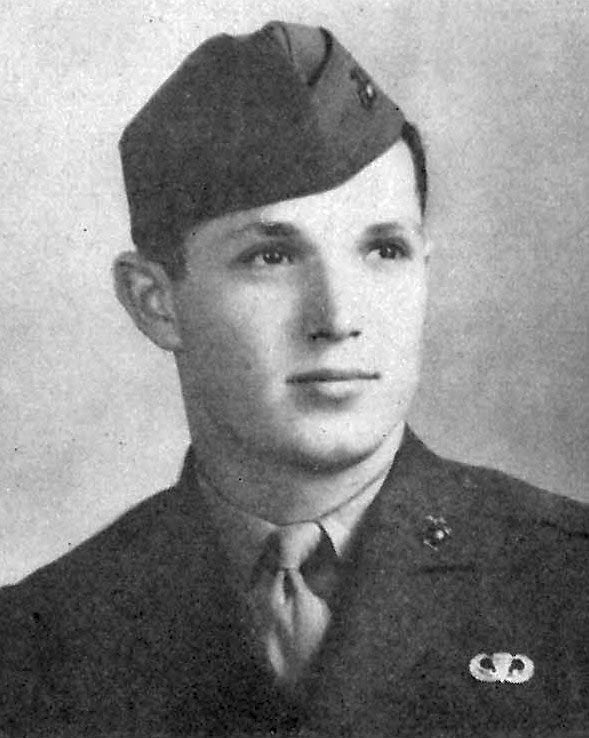 Corporal Stein’s Medal of Honor Citation signed by President Harry Truman reads in closing, ” Stouthearted and indomitable, Corporal Stein, by his aggressive initiative, sound judgment and unwavering devotion to duty in the face of terrific odds, contributed materially to the fulfillment of his mission, and his outstanding valor throughout the bitter hours of conflict sustained and enhanced the highest traditions of the United States Naval Service”.

Corporal Stein never saw his award, being killed on the frontline by Japanese gunfire on March 1, 1945. It was recommended that one Stinger replace a BAR in each squad, but this was never put into effect as the war ended just six months later.

The Stinger was a short-lived design that carved its place out in history. None of the six weapons survives but their legacy remains forever. Today it is still used to inspire young marines that the most capable weapon they have it their mind and coupled with courage can overcome any challenge. Mike Langston with the Parris Island Historical and Museum Society’s Living History Detachment includes the Stinger in profile and Corporal Tony Stein in particular in their museum classes for new Marine recruits during their training.

Mel Grevich and Tony Stein would probably like that.