The Second World War saw a number of innovative weapons rushed into service. One of the most interesting of these was a well-designed internally suppressed rifle used by Allied commandos. It is best known as the De Lisle Carbine. 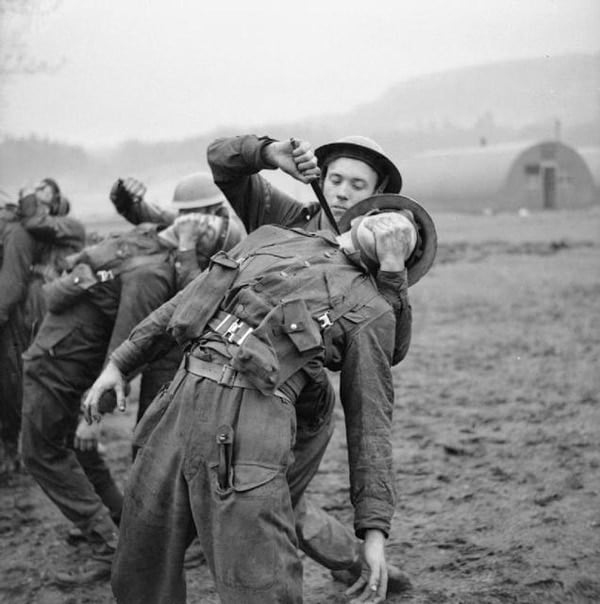 The first year of World War II went pretty bad for the allies. By July 1940, Hitler had overrun seven countries and kicked the British Army off the continent of Europe. To keep the Nazis off balance, the British Prime Minister, Winston Churchill ordered the creation of a number of Commando units to raid behind the German and Italian lines in occupied Europe. These small bands of carefully selected volunteers were given intense instruction in close quarters combat, demolition and sabotage.

Their instructors, such as the legendary William Fairbairn, Eric Syke and Rex Applegate, taught some of the most brutally effective hand-to-hand combat of their time. To increase these irregular warfare experts’ chances of success, the Commandos were armed and equipped with submachine guns, the Fairbairn-Sykes fighting knife, the Smatchet, and other exotic weapons from their initial organization onward.

With the type of fighting the commandos and other Allied special forces such as the SAS, Rangers, and OSS, practiced, the need for a quiet intermediate ranged weapon was apparent. The weapon needed to be able to take out sentries, guard dogs, et al outside of knife range without alerting the rest of the garrison to the raider’s presence.

In 1943, South African-born engineer and inventor William De Lisle came up with a working design that was something of a workshop nightmare. Cutting the standard Enfield .303 rifle at the breech, he added the 7.25-inch barrel of a U.S.-supplied Thompson submachine gun. This made the weapon .45 ACP, a round that would still work with a modified Enfield bolt. Unlike the standard 9x19mm Parabellum round used in British Sten guns and the Browning Hi-Power pistol, the .45 was a sub sonic round that would not ‘crack’ when it broke the sound barrier in flight. 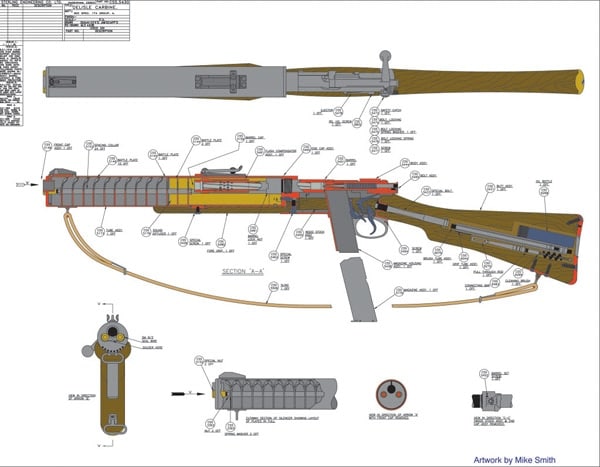 De Lisle removed the standard 10-shot Enfield box magazine and converted the well to hold the 7-shot USGI M1911 Colt mag. Most importantly, almost half of the weapon was shrouded inside a new-built suppressor. Holding 13 rigid baffles made of Duralumin, one of the earliest types of age-hardenable aluminum alloys, the suppressor was fixed, stable and reliable. One test gun fired over 5,000-rounds through it and still was functional. The final design gave the finished product a length of 35.3-inches and an unloaded weight of 8.25-pounds.

The De Lisle is considered by many weapons scholars to be the most effectively suppressed firearm ever placed into production. In demonstrations, the ‘muffler’ sounded completely unlike any sort of firearm. When compared to the silence MkIIS Sten gun, the stubby .45 carbine was preferred as it was easier to clean and more effective in the field. Moreover, the De Lisle produced no perceptible muzzle flash, even at close range at night, a key advantage to raiders who preferred to hit their targets at O’dark-30.

Use of the De Lisle

The weapon, very much a niche piece for special operations units, was never put into wide circulation. Seventeen handmade prototypes were assembled by the Ford Dangenham works in early 1944 and quickly put in the hands of commando beta-testers on live combat missions behind the German line 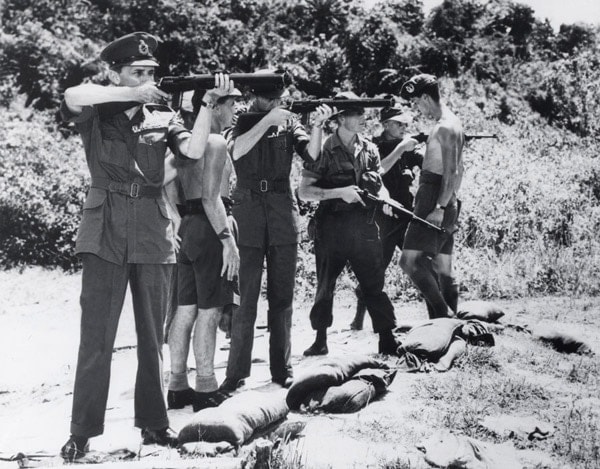 A production run of 500 was ordered in August of that year from the Sterling Engine company, of which some 130 were completed before the end of the war was apparent. Besides these, two prototypes with folding wire stocks and a few of Mr. De Lisle’s own original workshop models were the only ones officially completed. They were used extensively in 1944-45 not only by the British but also by Free French Army Commandos, US OSS agents, Merrill’s Marauders fighting in Burma, and others.

The British continued to use these 150 or so odd little weapons against Malayan insurgents in the 1950s, as well in other third world hot spots where SAS operators carried them. A few even made an appearance in Northern Ireland in the 1970s and the Falkland Island War in 1982. It is rumored that a couple continue to be held in regimental stores, just in case.

With the odds of ever coming in contact of the real-thing outside of a museum being slim-to-none, the best most of us can hope for is a replica. Many small companies in the US and abroad have gotten into the business of producing De Lisle reproductions, complete with NFA registered integral suppressors. These include Valkyrie Arms and Specialty Arms and range anywhere from $1200-2000. With the ready availably of surplus Enfield .303 rifles, it has also long been a project gun for garage gunsmiths to make visually similar “Commando Carbines” with fake suppressor shrouds over a .45 caliber barrel.

The De Lisle is to the gun world what the platypus is to the animal kingdom, but hey, nobody ever said it had to be pretty to work well.