Remington has landed a contract to supply Colorado law enforcement agencies with ammunition. The contract runs from now to July 31, 2014 with an option to renew for three additional years if they decide they like it. It sets prices for a wide variety of ammunition in 9mm and .38 Special.

It will be distributed by ProForce, operating out of Prescott, Ariz. who negotiated the deal and set the pricing. From the press release:

“Design excellence in duty ammunition means nothing unless it comes with absolute day-in, day-out performance consistency. At Remington, our efforts in product quality and consistency of performance are unrelenting. We constantly monitor our production process to be sure Remington law enforcement ammunition measures up. Frequent measurement and recording of velocity, pressure and accuracy gives us the confidence to promise: The Remington ammunition you carry on duty is designed to never let you down.” 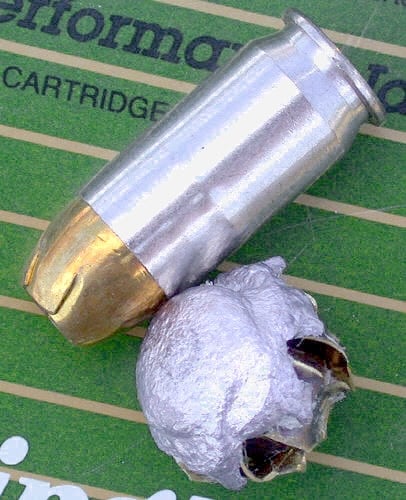 The prices are up for all to see on the Colorado State Purchasing Office website, and they’re not getting a terrible deal at all. They’re paying anywhere between about 18 cents per round for practice ammo and 32 cents per round for 124-grain +P Golden Sabers. They also have the option of picking up lead free frangible ammo presumably for close-quarters training as it has less risk of ricochet.

Before you throw out your Gold Dots and stock up on Golden Sabers, Colorado also has contracts with Federal, Speer and Winchester for other ammunition types, so if one brand is not available agencies can go buy others. And while most service pistols aren’t picky when it comes to ammo, especially premium carry ammo, it’s good to have options.

Many law enforcement officers can also carry their personal firearms if they’re listed a roster of acceptable guns for service, which is why they have multiple contracts for other chamberings, including .380 ACP, .40 S&W, .357 SIG, .45 ACP and GAP and .357 Magnum, for officers who prefer to keep it old-school.

They also turn to Federal for their shotgun needs, including 00 and 1 buckshot, ball and hollowpoint slugs and .223 Remington, 5.56 NATO and .308 Winchester for their rifle needs. We also found these gems on their department website courtesy Winchester, “Common Sense Duty Ammunition Rotation” and “Differences Between 223 Rem & 556mm Final.”

So Colorado is benefiting from buying bulk ammo, that’s clear. What we can take away from this is what, exactly, do police load their carry guns with? People ask this question all the time. What do the professionals use? And the answer is, this and that. Good stuff, mostly. What they can get, and what they can afford. Some ammo for plinking, some for carrying.

A lot of people get caught up in pushing one specific load, brand and cartridge, for home defense or everyday carry.  This is pretty natural; individuals often have a lot more flexibility and expanded options compared to what law enforcement does, but these contracts put ammo consideration into a different light. Cops carry modern expanding ammo, .380 to .357, their shotguns are loaded with buck or slugs and their rifles are ready with hollowpoints. The rest is for practice.