The Colt Mustang: Old vs New

Colt’s .380 Mustang hit stores in way back 1986 and it sold well.  The Pocketlite version, with an aluminum frame, came out a year later, in 1987.  They stayed in circulation for about a decade, and have been popular used guns ever since.  They’re some of the smallest, sturdiest concealed carry guns.  They’re main competition in .380 were the Walther PPK, and the Beretta Cheetah (both of which were larger).

The earliest Mustangs had evolved from the .380 Government Model, which seemed more like a scaled down 1911.  The Mustang dropped a bit of height and length, and sacrificed a couple of rounds in the magazine.  The result was a more natural fit.  After-all, why carry a big .380?  The Cheetah and the PPK are both guns of a different time and place, though both still have die-hard fans. 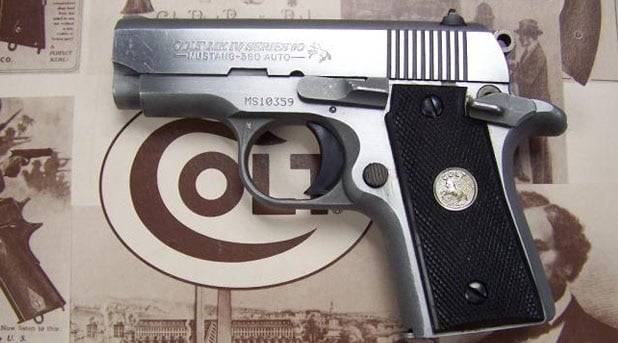 Colt deduced as much.  The .380 Government Model couldn’t compete.  But the Mustang had a distinct selling point.  Two actually.  It was smaller, and it looked and worked like a 1911.  But then came polymer.  Automatics got smaller and lighter.  And the Mustang stopped selling as well, so Colt stopped making it.

While many mourned the Mustang’s passing, others were not so sad to see it go.  If you believe any of the rumors, plenty of Mustang owners wanted to take the old horse out behind the barn and pull the trigger themselves.

Some complain that magazines dropped free unexpectedly.  Others point to shoddy construction methods.  Colt had used plastic guide rods and triggers on the early guns.  Some found that the spring tension was too tight, making the gun hard to manipulate.  Others found the springs to be too loose, which kept the gun from locking up after shots. The edges of the gun were rough and prone to snag. 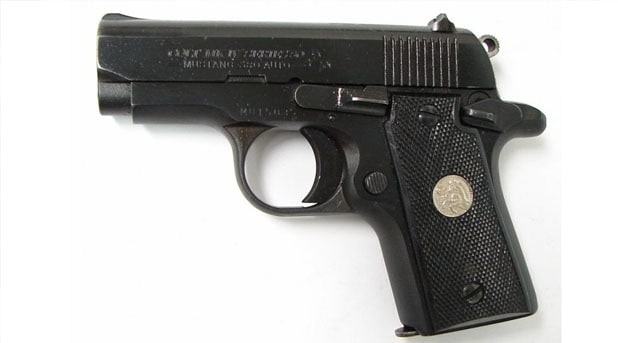 These, and other complaints of this sort, don’t always point to issues with individual parts.  It has more to do with quality control.  And that seems to be a thread that runs through blog complaints.  Some worked great.  Some were lemons.

But perhaps the biggest complaint about the old guns was the accuracy.  Even the ones that worked reliably well were not known to be tack drivers.

Colt’s seems to have gotten the message about quality control.  CNC machines help.  Manufacturing technology has improved greatly since the 80s.  But I handle more guns than most, and the new Mustangs are tight and slick.

The new Mustang has a slide that’s milled from bar-stock.  The old slides were milled from castings.  The new frames are aluminum, like the old Pocketlite versions, but the finish is better.  The aluminum may not wear as well as steel, but the fit is still incredibly precise. 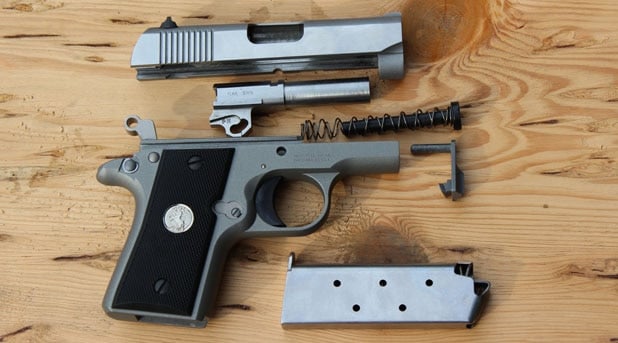 If I have one complaint about the new version, it would be the finish.  The aluminum slide and the steel don’t match.  They are off, just a shade.  The frame has a hint of tan to it.  This is personal preference, I know, but I’d like to see a full on nickel plated Mustang.  I’d also like to see one with a milled steel frame (and the whole gun blued).

And I guess I can find both of those, if I’m willing to hunt up one of the old Mustangs.  But I’m not. 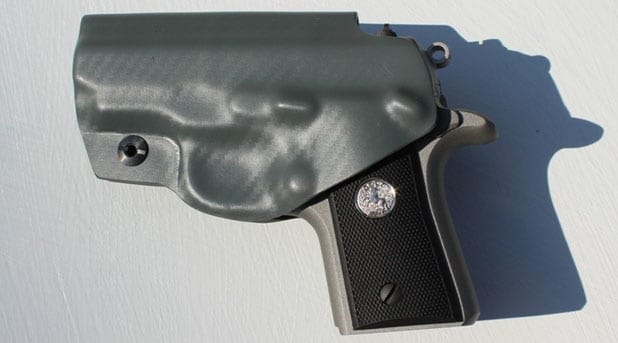 This one shoots like a much bigger gun.  It is really nice.  And I would rather have a gun that shoots straight than one that just looks pretty.  And plastic isn’t all bad.  This one looks good wrapped up in a holster from Multihoslter.

It still has a plastic guide rod.  The trigger, though, is aluminum.  And really crisp, for what it is.

I’m sure that some gunsmiths were sad to see Colt stop making the old Mustang.  It guaranteed some work.  Why?  If the gun was as problematic as it was, why did people spend money trying to fix it?

Because they loved the gun.  Or more accurately, they loved the idea of the gun.  A small, concealable, single action gun with true 1911 controls will always appeal to 1911 fanatics.  Even those who wouldn’t carry a .380 for self defense will stop and look twice at a Mustang.

But now the Mustang is even better.  The new ones are excellent.  They don’t require replacement parts or a gunsmith just to get them to function.  And the timing is ideal.  Colt is a savvy company.  They didn’t put the Mustang out to pasture, they just stabled it and let the rest of us get our fill of the polymer pocket pistols.  And now it is back, and on another rampage.