Most US firearms collectors are well aware of the legendary Springfield 1903 and the M1 Garand. A firearm that actually served harder and saw more combat, the M1917, rarely gets the attention it deserves.

The Enfield Origins of the M1917 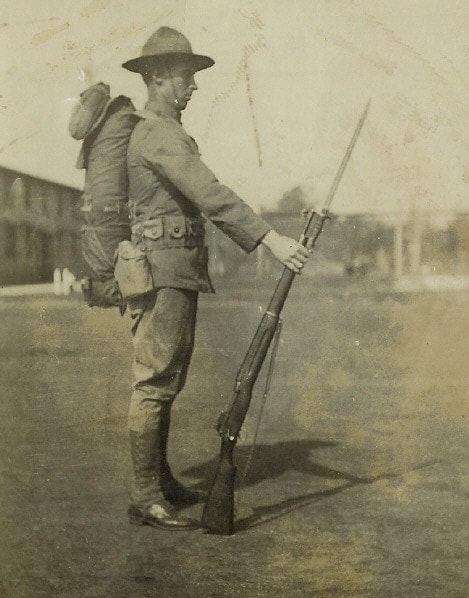 When the great empires of Europe let slip the dogs of war in World War I, no country found themselves ready for it and Great Britain, her small peacetime army expanded tenfold by the turn of the century, was no exception. The King’s purchasing agents looked to the industrial powerhouse of the United States for arms.

In 1914, they went to Remington in New York and brought with them their plans, produced by Enfield, for a wholly modern rifle. This rifle took all the lessons learned from captured Boer Mausers and the British Army’s own standard Short Magazine Lee-Enfield (SMLE). It was more accurate, stronger, and—some argue—more reliable.

Dubbed the Pattern 1914 or simply P14, Remington started production of these .303 caliber rifles for Great Britain. By 1917, the company, along with their Eddystone (Baldwin Locomotive Works) subsidiary and Winchester had produced some 1.2-million of these bolt-action guns.

Then, the United States entered the Great War. Like other countries, she found herself unprepared. The standard US military rifle was the excellent M1903 Springfield rifle. However, there only existed enough in 1917 to arm about 10% of the envisioned Army that would be sent, “over there.” The Army turned to Remington.

With Great Britain’s P14 rifle order filled, three large rifle plants in the US were sitting idle while the P14 rifle design, chambered for the standard British .303 cartridge, needed minimal conversion to fire the US .30-06 rounds. With a modified bolt, magazine and chamber specifications, and updated markings the Enfield-designed P14 became the Remington-designed M1917.

Distinctive ‘ears’ of metal on each side of the peep-aperture protect the 1917’s rear sights. This type of sight became so popular with the Army that all future infantry longarms, the M1 Garand, M1 carbine, and M1903A3 Springfield, all carried their own versions of them.

The rifle was over a pound heavier than the Springfield and used an extremely long bayonet that was more of a short sword, neither of which made it popular with the doughboys. Overall, the barrel was 26-inches long, which was longer than the Springfield. The weapon, with its machete-length bayonet and sling weighed in at over 11-pounds.

Weight aside, it was soon in mass production with over two million leaving the factory. 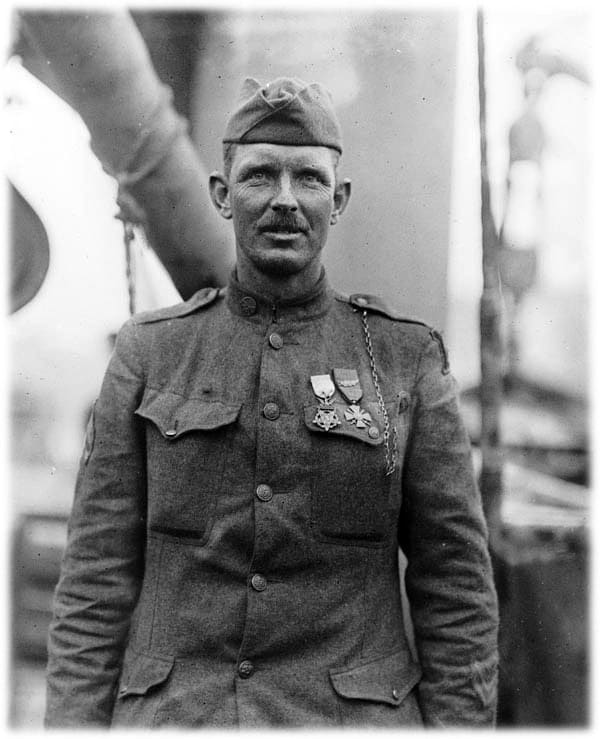 By the end of WWI in 1918, three out of every four US soldiers carried a M1917 rifle. One of the most famous users was later Sergeant Alvin York who, using his trusty and accurate Remington rifle, shot 28 and captured another 132 German soldiers almost single-handedly. It was the weapon that finally crushed the Kaiser.

As a reward for its hard service, the Army quickly mothballed the “American Enfield” in favor of the Springfield, the standard rifle since 1903. Entire arsenal-loads of these rifles were sold off in the 1920s and 1930s. It should be remembered that the Army felt the pangs of the Great Depression along with the country that it served.

Even though the rifles were serviceable, bought and paid for, many thousands were sold as surplus. The remaining inventories for the most part were sent to US Allies during and immediately after World War Two. With solid long-range accuracy, they were an easy choice for sniper rifles as late as the Vietnam conflict.

A few still soldier on with the US Army’s Ceremonial Rifle Program and oddly enough still see front line service with the Danish military’s Slædepatruljen Sirius Patrol in Greenland. The combination of a strong and accurate bolt-action .30-06 caliber rifle is ideal for both enemy frogmen and polar bears.

With more than two million made and a conservative estimate of a quarter of those surviving in civilian hands in North America, the M1917 is not a rare gun. Most of the M1917 rifles were produced by Eddystone (1,181,908) and Remington (545,541) with Winchester only accounting for 465,980 rifles. This makes the ‘Chester-marked 1917s more valuable with collectors.

Entire regiments of these guns have been bought and sold cheaply over the past century. It is, however, hard to find rifles that are in their original military configuration as most have been sporterized with after-market stocks, shortened barrels, and the sight ears cut away.

These rifles are responsible for harvesting fields of deer and elk over the past several generations. Their over-engineered action is a favorite for those who hand load hot .30-caliber rounds and sporters can be had in shootable condition for about $250 without optics while nice GI versions are about double that. Be sure to be on the lookout for originals without importation marks as they usually bring about $100 or so more.

Absence of these markings mean the weapon was sold as surplus after 1919 and Lend Leased out during World War Two for further brutal use.

And that’s not all. Remington liked the M1917 design so much and, realizing the market for doughboys-turned-sportsmen in search of a familiar action, they sporterized the rifle themselves for the civilian market.

From 1921-1940 this version, in a nice walnut stock and with a short barrel and simple unprotected sights was manufactured as the Model 30 rifle. Besides .30-06, they sold the Model 30 in several calibers including .257 Roberts and .35 Remington. Fewer than 30,000 of these civilian marketed rifles were produced and they often run over $500 if you can find them.

Especially in the oddball calibers. Likewise, the scope mounts for the Model 30 generally work for the M1917 rifles if you are looking to put some optics on your old soldier.

Just don’t tell Sergeant York, he was an open sights type of guy.