The Stinger Pen Gun: Actually, it's a handgun...

While English playwright Edward Bulwer-Lytton in 1839 probably meant something different when he coined the well-traveled phrase “the pen is mightier than the sword,” that phrase defines the Stinger pengun. 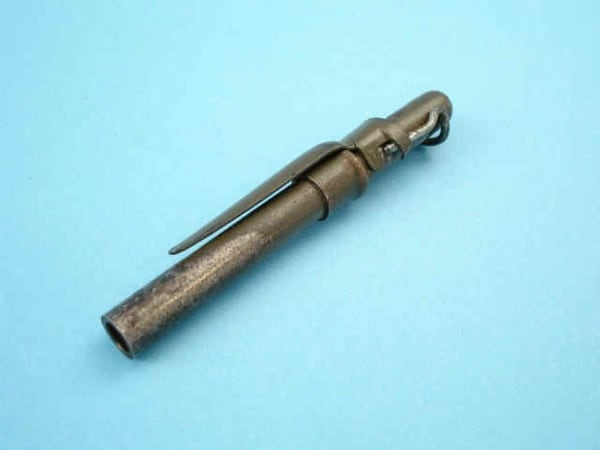 Since the 19th century, firearms have been disguised to hide inside of innocent items such as canes, lighters, belt buckles, clothing and even jewelry. By the 1920s, the first pen guns, fashioned to the same general size as fountain pens but capable of firing a single handgun round, typically a low powered .22, were fashioned. These guns were used by spies on both sides of occupied Europe in WWII and then later in the Cold War between East and West. James Bond even sported a pen gun in Never Say Never Again but these guns could get you 10 years or more if they aren’t registered as an AOW (Any Other Weapon) with the ATF under the National Firearms Act (NFA). This however does not keep them out of the hands of criminals around the world.

The design of the Stinger

Unlike the true penguins mentioned above, the Stinger was NFA-friendly and even ATF-approved. Mechanically incapable of firing while in its ‘I’m a pen’ mode, the firearm had to be transformed into a pistol by pulling and pivoting the cylinder on a hinged joint. This gave gun a readily identified barrel and grip. A small trigger without a guard popped out when the gun was in this mode. To fire you simply pointed the muzzle end in the general direction of the target (there are no sights) and pushed upward on the trigger to fire.  Since the Stinger operates in this method, and doesn’t fire while in ‘pen mode,’ the ATF blessed it with the title handgun and not an NFA-regulated AOW device. Hence, it is a cash and carry weapon with a normal transfer and not a Form 4 nightmare with tax stamps, CLEO signatures, etc. 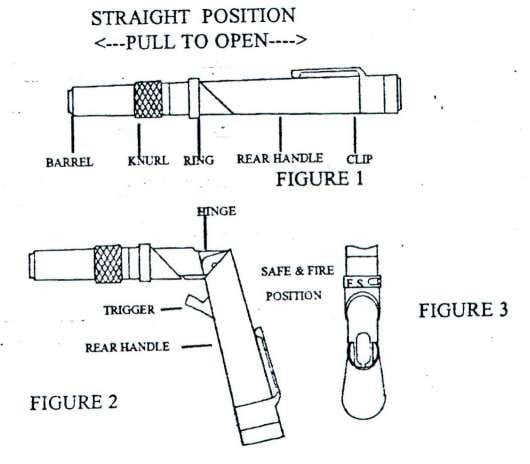 Length of the Stinger when in pen mode is just under 6-inches. This is the same as a normal Bic-style disposable pen, but is closer to the thickness of a sharpie-style marker. At 5-ounces, it was heavy for a pen, but still less than an 8-ounce single-shot Butler derringer. The case, 2-inch barrel, and internal parts are all made of steel. No aluminum, pot metal, or plastics -err I mean polymers were used in the construction. This tends to make the Stinger look more like a tire-pressure gauge-gun than a pen-gun but that is not nearly as snazzy a sell. A neat little metal collar behind the barrel twists around to form a crude but positive active safety device.

The downside of the firearm of course, is its limited practicality. While it could be carried in a shirt pocket conceivably as a self-defense firearm, it would take 2-3 seconds to deploy in even the most optimistic of circumstances. With no sights, it was a point-blank weapon. The fact that it had to be disassembled to reload the single round meant that in almost any circumstance it would be a one-shot wonder. 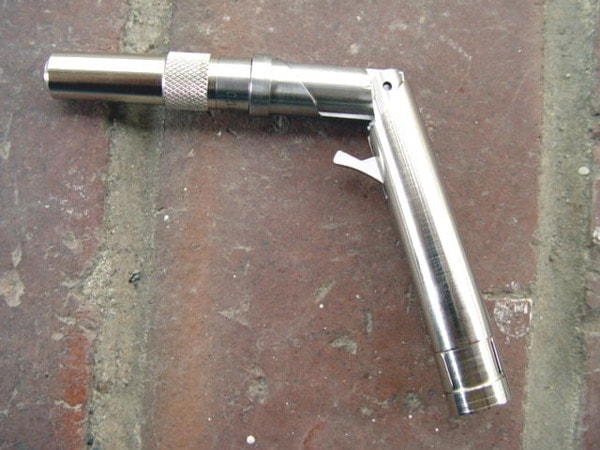 Bob Braverman filed for a patent in 1990 and the next year started selling under the American Derringer Company of Waco, Texas the Model 2 Pengun. Bob soon broke with ADC and as the RJ Braverman Corporation in Meredith, New Hampshire, began manufacture of the same NFA-compliant pistol, now renamed the Stinger. Between 1991-1997, the company produced the neat little pistol in 22LR, .22WMR, .25ACP, .32 ACP and .380, with the rim fires being the most common. The company also built a folding revolver that bears a visual similarity to the Chiappa firearms Rhino of today.

For about a half dozen years the gun was out of production but in 2002 a new firm, still with some ties to the design’s inventor, Bob Braverman, formed as the Stinger Manufacturing Company in Michigan. However, they folded for good in 2004. It is not known how many Stingers were made under the three different companies, but it certainly was not very many. 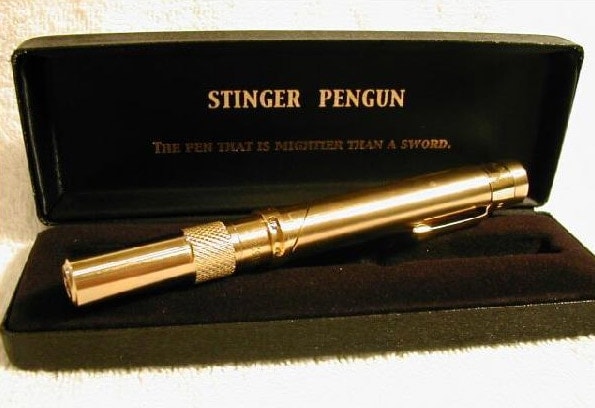 The Braverman Stinger has been out of production for almost a decade now. Back in the 1990s when they were new, it was not uncommon to pick up one in the box for a $100 bill. Since the stock of new firearms has shrunk and many collectors are hanging on to their examples, prices have increased dramatically. They have a growing legion of niche collectors who celebrate the well-constructed little handguns. Today rimfire models typically bring over $500 while the .32 and .380 versions are sometimes seen for almost twice that amount.

That will put some ink in your pen.